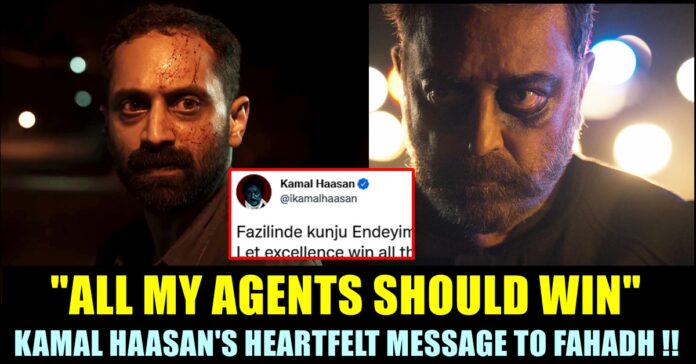 Releasing the trailer of Fhadh Faazil’s upcoming film “Malayankunju”, actor Kamal Haasan added a heartfelt message through his official twitter handle. Saying that Fahadh’s child also belongs to him as a child, Kamal referred the collaboration he made with him in the recently released film “Vikram” and said that all his “Agents” should win. Kamal also said that Failure is not a choice and asked his co-actor in “Vikram” to show what a team is all about. 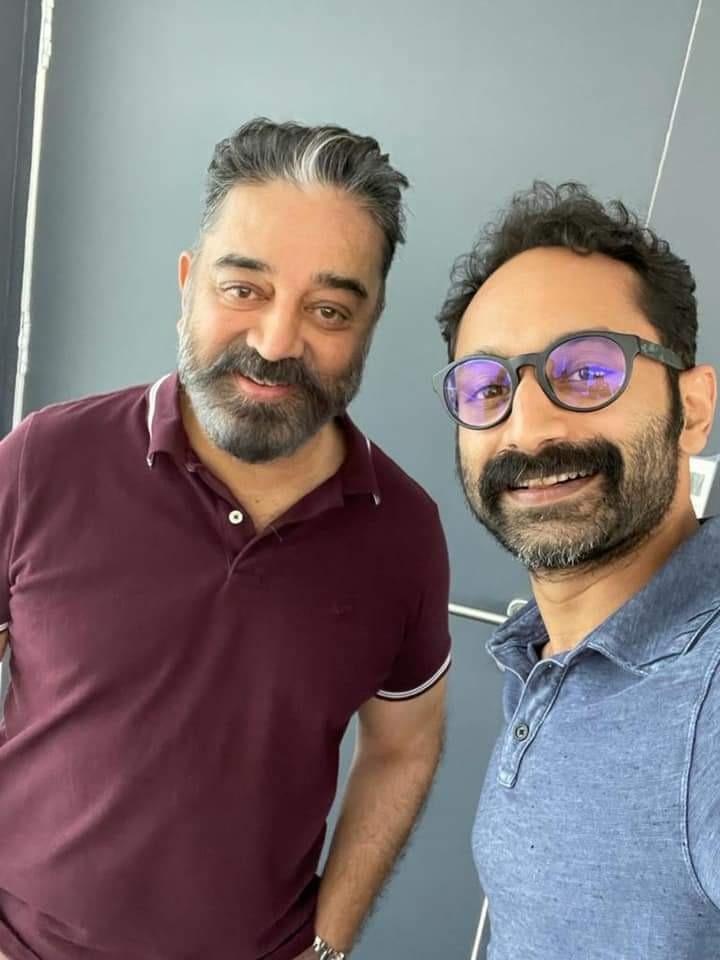 “Malayankunju, the survival drama that features Fahadh Faasil in the lead role is gearing up for a grand theatrical release. Makers of the film released the second trailer of the film lately and it promises an immersive theatre experience for the audience. The film directed by Sajimon Prabhakaran was written and cinematographed by Mahesh Narayanan, director of Kamal Haasan’s next.

The trailer confirms that the film primarily focuses on Ani Kuttan’s struggles to survive in a landslide and the it suggests Fahadh is going to astonish the audience once again. The fil’s music has been composed by A.R Rahman and the academy award winner is making his come back into Malayalam film industry after 30 long years of gap.

Ulaganaayagan Kamal Haasan who shared screen space with Fahadh faazil in his recently released blockbuster “Vikram”,  wrote an heartfelt message expressing his love towards the Malayalam actor. “Fazilinde kunju Endeyimanu = Fazil’s child is also mine.
Let excellence win all the time. Fahad forge ahead. All my agents should win. Failure is not a choice. Go show them what a team is all about” said Kamal Haasan through his post.

Fazilinde kunju Endeyimanu = Fazil’s child is also mine.
Let excellence win all the time. Fahad forge ahead. All my agents should win. Failure is not a choice. Go show them what a team is all about. #FahaadhFaasil @maheshNrayanhttps://t.co/Sl4y19sFPH

Terming Fahadh as his “Agent”, Kamal Haasan refers the role he played in “Vikram” which collected nearly Rs. 500 crore worldwide. In the film, Fahadh faazil played role of a secret agent who admires “Ghost” Kamal Haasan. In one of the scenes, the Malayalam actor says “Big fan of your work” to Kamal Haasan to which he replies “Glad”. The scene became a popular and is being used as a meme material. It is also notable that Fahadh identifies himself as an admirer of the “Hey Ram” actor.

Here’s how fans reacted to the message provided by Kamal to Fahadh :

All the best Agent #FahadhFaasil 💐

All my agents should win😌🔥

//All my agents should win.

So we can expect FaFa & KH again in Mahesh Narayan film😁 https://t.co/BTDTzG7mF1

Best known for the American reality TV series, Kailia Posey who was just 16 years old, died by suicide in Washington, according to a...