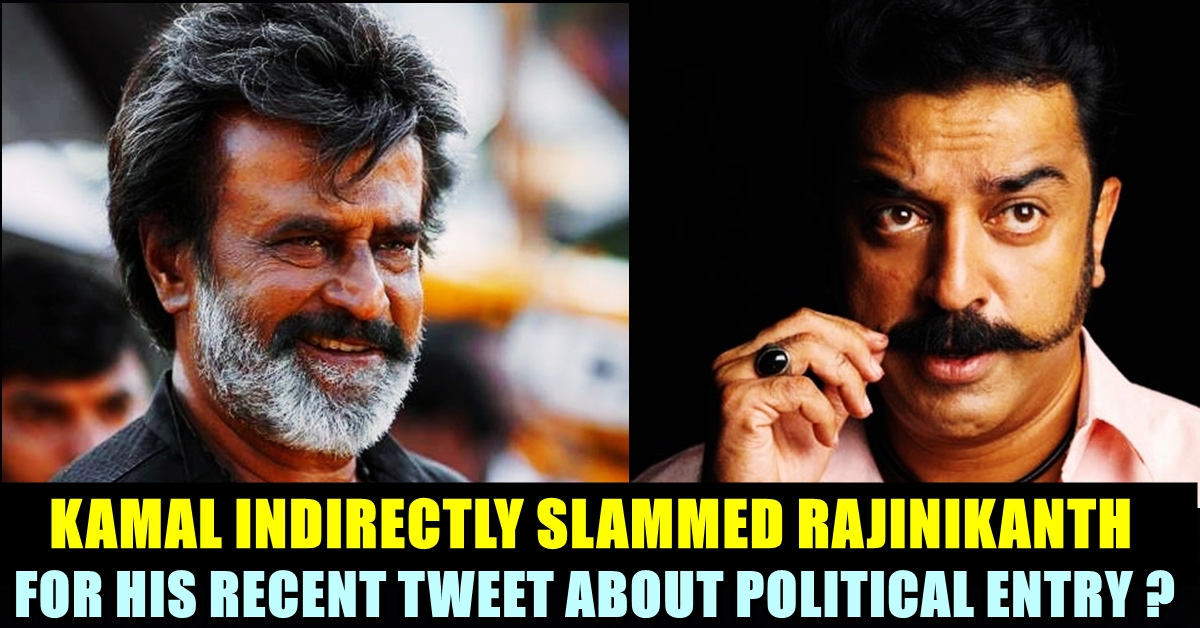 With 2021 Tamil nadu Assembly election is nearing, Kamal Haasan became active in involving himself in his party related works. On 2nd of November, he held an in-person meeting with his party district secretaries to chalk out a strategy for the upcoming Tamil nadu assembly elections. Main agenda of the meeting was to work on establishing booth committees for all constituencies and to draw the plan for the actor’s state wide campaign tour , besides working out the party’s funding.

He who is also busy hosting Bigg Boss show, recently announced about the details of his upcoming film with emerging filmmaker Lokesh Kanagaraj. Now, a recent report of News 7 has suggested that the actor has made a statement that is seemingly targeting his dear friend and Superstar Rajinikanth.

On seeing this post, many people felt that Kamal Haasan is taking an indirect dig at Rajinikanth who recently made a statement about his health issues. Superstar Rajinikanth who is expected to enter the Politics in near future, released a press note saying that the informations carried by a fake report that are doing rounds are true. The fake report Rajinikanth mentioned said that COVID 19 virus had hit his plans to contest in the upcoming politics. The letter reportedly indicated that the actor had been advised by doctors to restrict his movement since he has a kidney condition that is vulnerable to COVID 19 virus.

“I do not fear about my life. I am more concerned about people’s welfare. To usher in the political change I promised, I have to plunge actively into the political field. Midway through if my health gets worse, it could cause fresh challenges to the political process itself” Rajinikanth said according to the leaked letter.

Check out some of the reactions for Kamal Haasan’s statement below :

Comment your views on this statement of Kamal Haasan !!