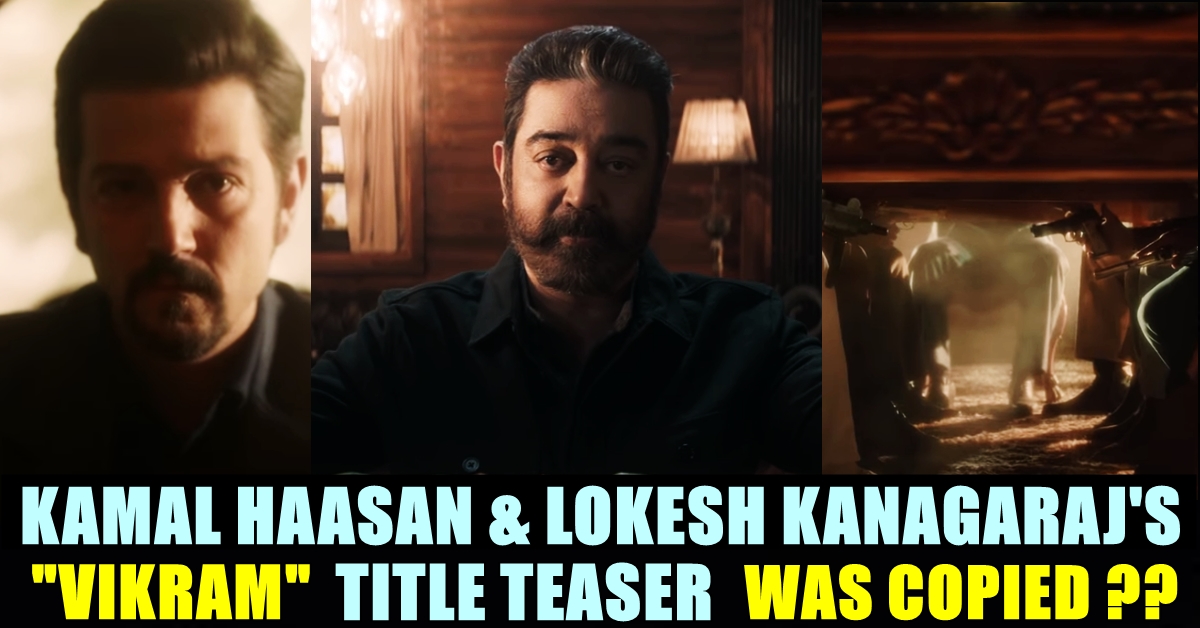 The most awaited title teaser of “Kamal Haasan 232” released in youtube by its director Lokesh Kanagaraj and Producer/ Actor Kamal Haasan. Titled as “Vikram”, the film became the first Tamil feature to have a 142 seconds long motion video teaser just for the release of the title. Lokesh who identifies himself as an ardent fan of Kamal Haasan, is being highly lauded by his colleagues and by the fans of Tamil cinema.

The title teaser shows Kamal Haasan donning a black full shirt, folding it a bit enough to expose the Kada he is wearing as he did in his 1988 film Sathyaa and black trousers with salt and pepper hairdo. The teaser opens with a large villa located amidst a forest in which Kamal Haasan is cooking a lavish South Indian entree. In the meantime, he is also making it sure that his weapons are fully loaded and ready to take down at least a small army.

As soon as the title teaser released, it went insanely viral across the internet with millions of positive reactions. As of now, the teaser was liked by 3 lakh people with a views of 2 million plus. Now, to our surprise, a number of online users emerged saying that the making of this title teaser was copied from the teaser of season 2 of Narcos : Mexico, an American crime drama television series.

Check out some of the tweets of the twitter users who are believing that the work of Director Lokesh Kanagaraj and crew were copied :

Copy cat work in #Vikram title teaser exposed. Copying and stealing the work of international artists is not new to #KamalHaasan 😅😂😂 https://t.co/e7SA9k7edS

Nothing other than humans sitting and breaking bread in a closed atmosphere is similar in these two teasers. Apart from the few, many disapproved the comparison of these two teasers and slamming those who are trying to flaunt their world cinema knowledge by defaming a creator’s work of art by accusing it as a copied one.

Check out some of such tweets below :

@ikamalhaasan doesn't need to copy from any other actors, he has been setting trends from 70's itself !!!

Comment your views on people comparing these two teasers !!