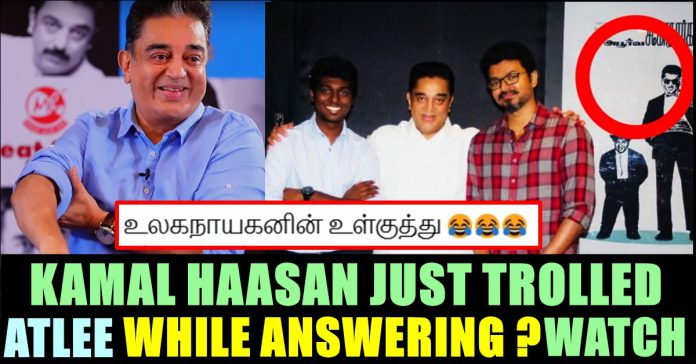 Mersal is a 2017 film directed by Atlee and had “Thalapathy” Vijay in the lead role. Director Atlee who is known for his collaboration with actor Vijay, is one of the highest paid directors in Kollywood right now. Being a former assistant of Shankar, Atlee’s way of presenting his films and the castings he choose for the characters are considered as his major qualities. All the four films of Atlee became blockbusters despite of the plagiarism controversies. His latest film “Bigil” hit the screens as Diwali release and making big numbers in box office.

Mersal revolves around two brothers who looks similar with each other taking revenge on the antagonist for killing their father. The film was a commercial success, grossing ₹260 crore (US$40 million) worldwide, becoming the fifth-highest grossing Indian Tamil film and Vijay’s highest-grossing film in his career. The film completed 100-day theatrical run on 25 January 2018.

However, director Atlee who is often criticized for replicating the movies of ace filmmaker Manirathnam, was heavily criticized by few Tamil cinema fans for replicating the plot of Kamal Haasan’s classic film “Aboorva Sagotharargal”. It is also a revenge story of a twin brothers against a group of antagonists who killed their parents. The allegation became a subject of debate when Kamal Haasan watched the film during its release time and posed along with the director and filmmaker with a “Aboorva Sagotharargal” poster in the background.

Now after two long years, in a press meet conducted by Vikatan magazine, one of a reporter questioned Kamal Haasan about the intention behind this pose. The reporter said that he would keenly keep an eye on the pictures in the background of Kamal Haasan’s videos. “When Atlee came to visit you during Mersal time, I saw Aboorva Sagotharagal poster. On certain occasions I have witnessed pictures of leaders such as Abdul Kalam and Kaamarajar in the background as well.” said reporter who was interrupted by Kamal Haasan.

“Those Kamarajar and Abdul Kalam pictures were not accident. But what you said about the picture during Atlee’s visit is completely accident” said Kamal Haasan with a huge laugh in his face which made the entire hall erupt in laughter. The cut version of this video is doing rounds in social media by saying that Atlee got trolled for replicating “Aboorva sagotharargal”.

Check out the video of it below :

Check out the full video here :

Here are some of the reactions for the answer of Kamal Haasan :

Comment your views on the way Kamal answered to the reporter !!

On 6th of November, team India is going to lock horns with Zimbabwe in their last Super 12 match of the ongoing T20 world...

Mohit Sharma Trolled Sakshi Dhoni With His Silly Question !! CHECK OUT HER REACTION !!

Mohit Sharma is yet to play a game for the Chennai Super Kings in the ongoing season of the Indian Premier League but he...

World famous "Village cooking Channel" makers made their movie debut through Kamal Haasan's Vikram and has released a video thanking the team for their...