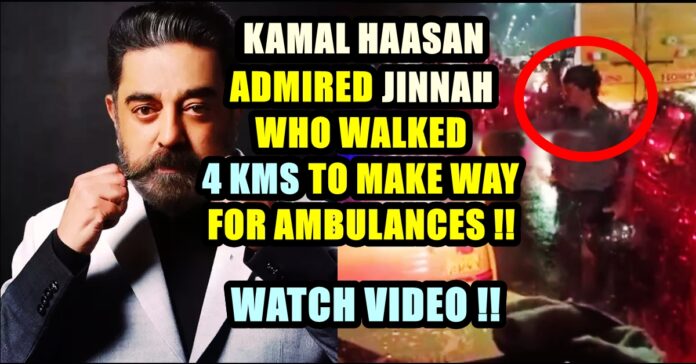 Amid the heavy downpour and congestion, video of a lone man putting efforts to lead three ambulances out of the traffic jam is winning hearts online. Along with public, Ace Actor Kamal Haasan uploaded a tweet in is official twitter handle, expressing his admiration over the individual named Jinnah, a bank manager. 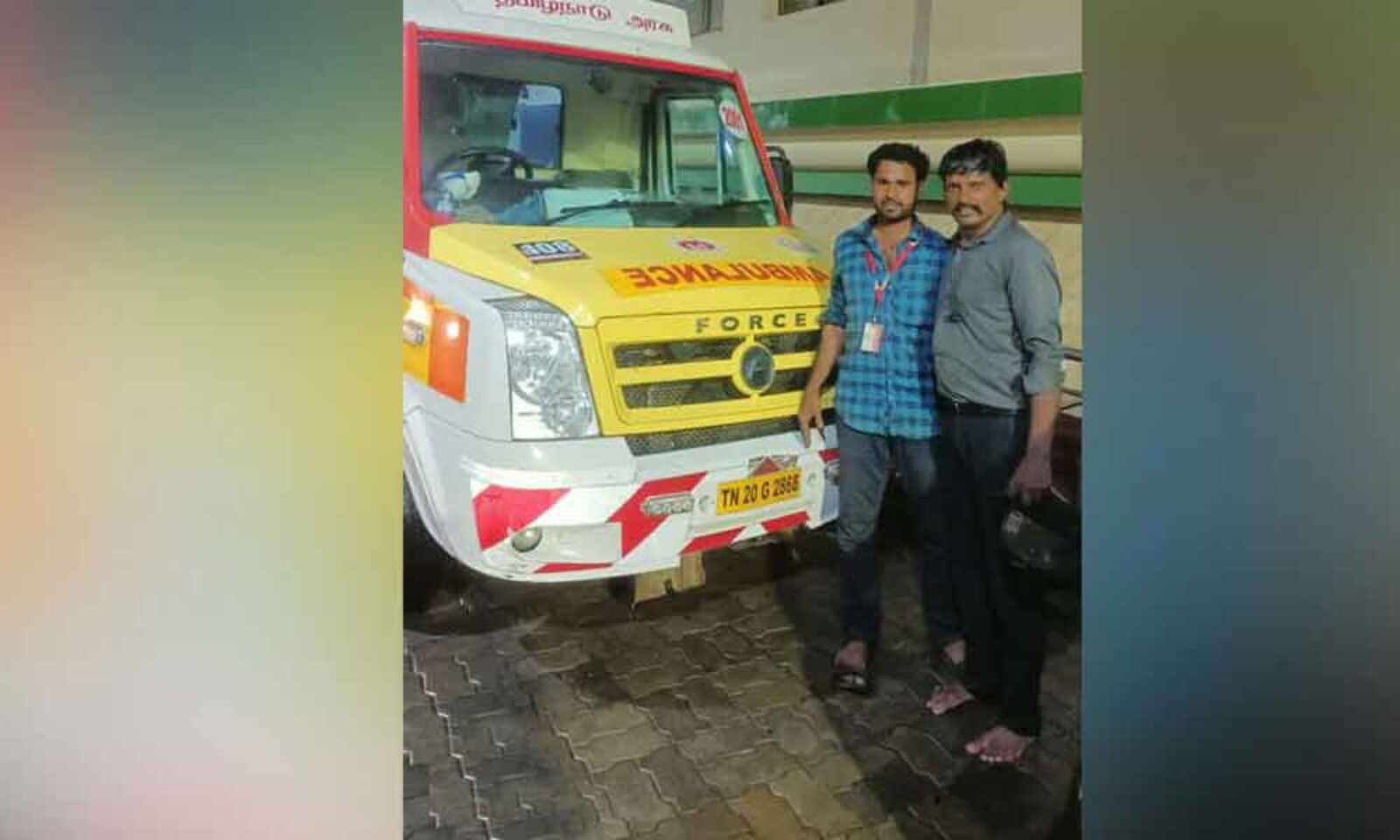 The worst affected areas are the ones near coast. People who use social media shared te visuals of heavy rains that lashed Chennai. An intense traffic took place across the city with water logging in some of the main areas, blocking vehicles. Meanwile, the man, Jinnah, a bank manager, led the way for almost 4 kilometres in the rain for the ambulances stuck in Anna Salai.

The timely intervention of Jinnah who parked his two wheeler before leading the way, helped save the lives of the critically ill patients in the ambulances that were headed to Rajiv Gandhi government hospital, according to a report in India today. The selfeless act of Jinnah was recorded by the ambulance driver and was widely shared in the social media platforms.

IFS officer Sudha Ramen called him a “hero” and the wished that the new year would have more of such “humane and positive stories”. “Let this year be filled with more humanity and positive stories. Bank Manager Jinnah had cleared way for the ambulances on the New year Eve in Chennai. He had walked about 4kms till the ambulances reached the hospital. Hero”  she said in her post.

Let this year be filled with more humanity and positive stories.
Bank Manager Jinnah had cleared way for the ambulances on the New year Eve in Chennai. He had walked about 4kms till the ambulances reached the hospital. Hero 👏pic.twitter.com/gzvBqPFVm8

Previous articleThis Scene About “First Night” In A TV Serial Triggered A Set Of Online Users !!
Next articleInternet Reacts After Abhinay’s Wife Dropped His Name In Instagram !!

Go Back Modi Trending Again In Tamilnadu Due To Modi’s Visit !! Check Out The Posts

Prime Minister Narendra Modi is all set to launch various projects in Tamil Nadu on Friday. But like the last time, people in the...

“They Demanded Sexual Favours From Me” This Popular Actress Revealed !! WATCH !!