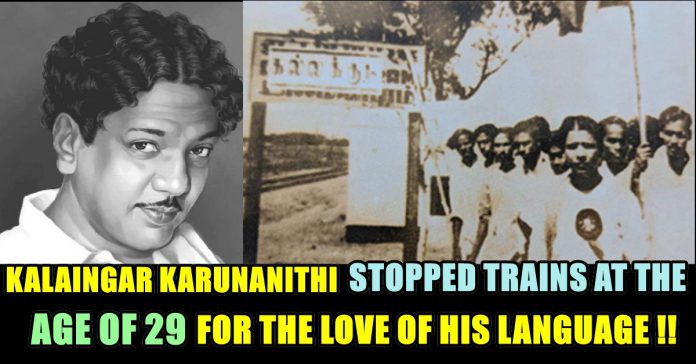 When the DMK was founded in 1949, Annadurai’s party imbibed its parent Dravidar Kazhagam’s fight against Hindi imposition. And on July 15, 1953, this fight took a group of DMK youth to ‘Dalmiapuram’ – the new name for what was formerly Kallakudi.

The government of the day had decided to rename the industrial town after an ambitious 46-year-old Rajasthani trader, who had inherited a sugar mill in Bihar and was building an empire (that would go on to become the Dalmia-Jain group). 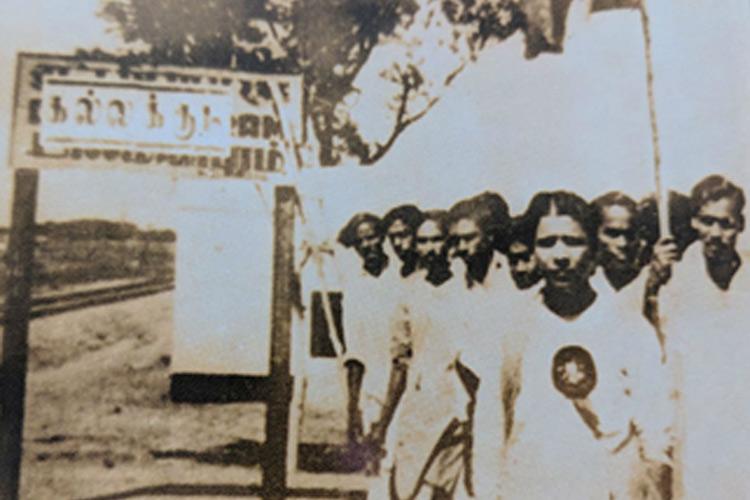 Ramkrishna Dalmia had entered the cement industry, challenging the near-monopoly of Associated Cement Companies (ACC). With imported German machines and heavy coffers on account of World War II, he had set up shop all over in India, albeit with one fleeting affliction: that the town where his factory is set up, bear his name.

While this was easily achieved in Rohtas Nagar on the banks of the Son River in Bihar – in Kallakudi, by the Kollidam River in Tamil Nadu, it was easier said than done. 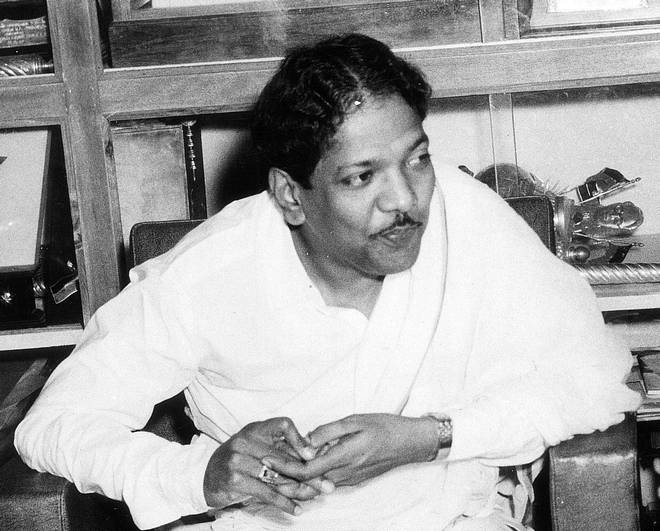 A young 29-year-old littérateur and student leader of the Dravidian movement in Tamil Nadu, smitten by the love for his language, would not allow it. Thus, on July 15, 1953, the DMK launched a massive protest against the renaming of Kallakudi as Dalmiapuram.

Picketing the streets, shouting slogans and recruiting support for the movement, the agitators made their way to the town railway station. They stuck papers on the newly painted ‘Dalmiapuram’, to change it back to Kallakudi. 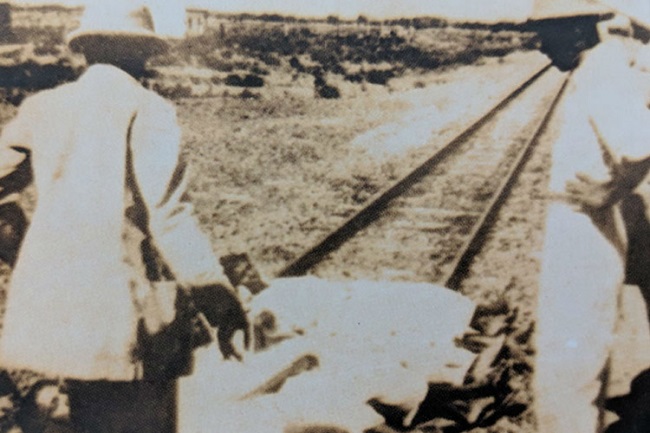 Karunanidhi lies on the tracks of Kallakudi in protest.

And then, what followed was perhaps Tamil Nadu’s first rail mariyal. Karunanidhi, along with four others, lay down on the tracks to stop trains from moving. The five of them were arrested by the police, even as a crowd gathered to watch what was happening.

According to Political History of the Rise and Fall of Dravidian Parties in Tamil Nadu (South India) by Thanjai Nalankilli, “A second batch of protesters laid on the rail track in front of the train at 11:30 AM. 26 were arrested. A third group of about 40 led by Kannadasan laid on the track around 2:00 PM. This time police lathi charged the demonstrators.” 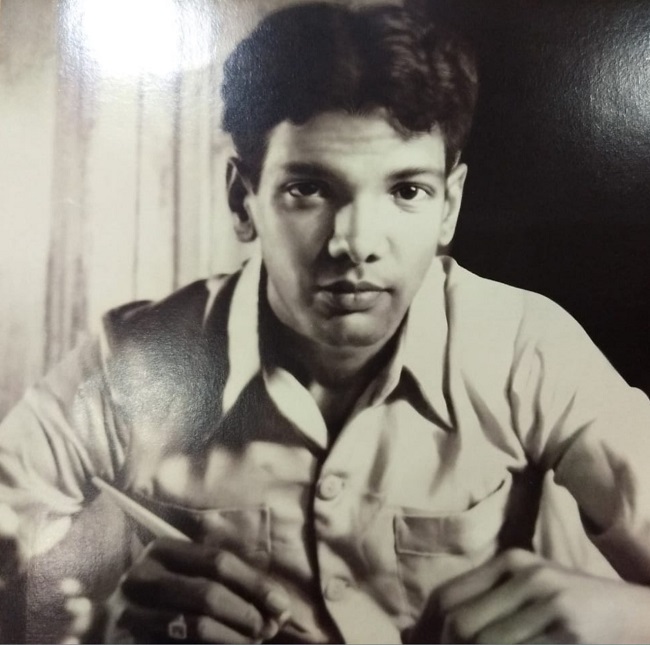 “Since the lathi charge did not disperse the crowd, police opened fire and ten people were injured. Two train passengers, who had nothing to do with the protests, were also hit and died. Karunanidhi and the four others arrested with him were later sentenced to five months in prison and a fine of 35 Rupees each,” Thanjai Nalankilli writes.

When Karunanidhi returned from jail, he was hailed as a hero in the party.

As Sumathi Ramaswamy writes in Passions of the Tongue: Language Devotion in Tamil India, 1891- 1970: “His narration of this event offers a clear illustration of Karunanidhi’s efforts to capitalise on themes drawn from ancient heroic poetry. He writes that he and twenty-four others set out on that fateful day. “Look, the herd of Tamil lions has set out to cast aside the crown of dishonour that sirs on our Tamilttay’s head… We ran towards our mother. We erased the name Dalmiapuram. We painted on the name Kallakudi.” 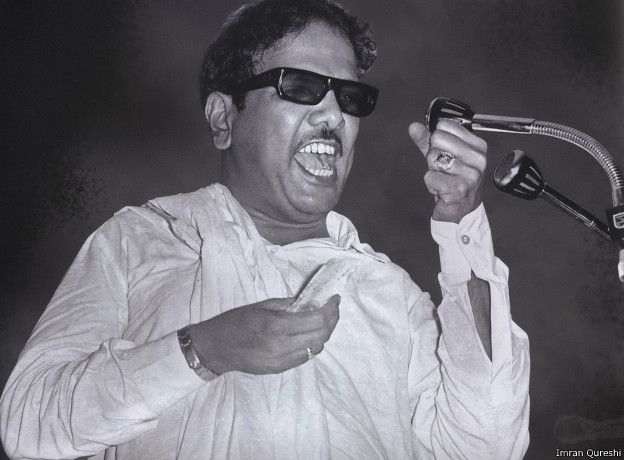 However, in later years, critics have pointed out that while the man who took on the Dalmias – who had not wronged the Tamils in any particular manner – shockingly changed the name of Old Mahabalipuram Road to Rajiv Gandhi Salai. This, despite many Tamils blaming the former Prime Minister for meddling in the Sri Lankan genocide and helping the Sri Lankan government against the LTTE.

Another criticism was that the agitation in itself did not have a long lasting impact on the socio-political landscape of the country, unlike the larger anti-Hindi agitations.

“Unlike the agitation against caste-based education (see Chapter14) or the anti-Hindi imposition agitations, the Dalmiapuram – Kallakudi agitation did not have a burning root cause or a lasting impact on Tamil Nadu. Yet this rather “unimportant” agitation became front-page news and a prominent event in the history of Dravidian parties because of the dramatic lying down before the train and the subsequent high-handed police actions,” Thanjai Nalankilli writes.

From The News Minute