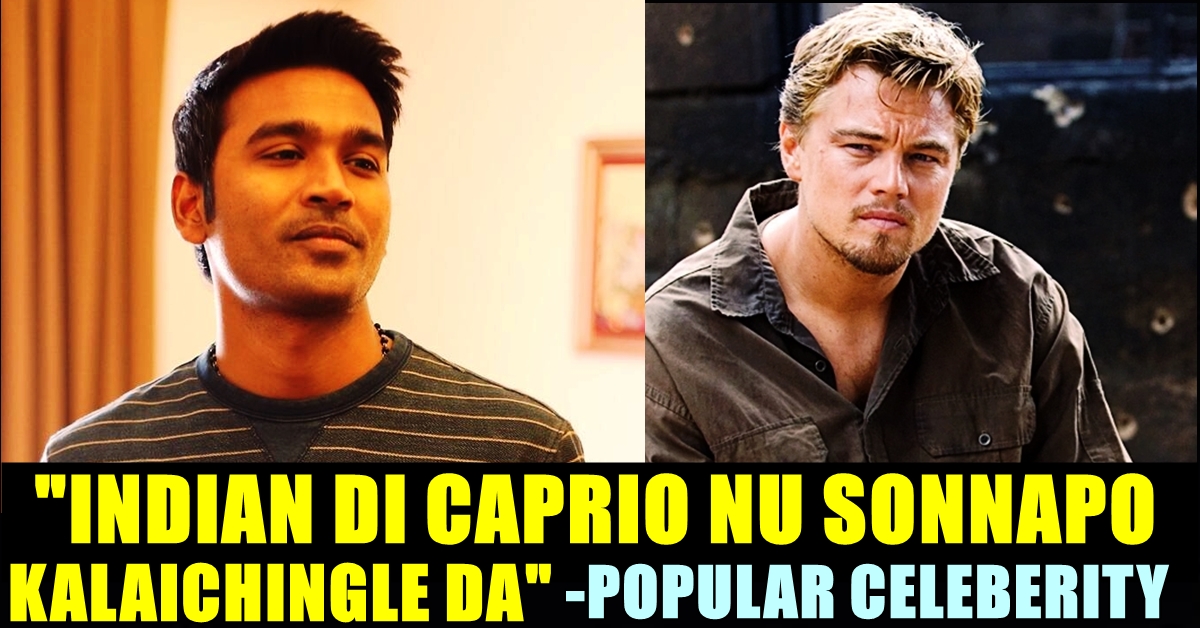 Along with fans, celebrities couldn’t restrain themselves from expressing their excitement on Dhanush getting committed to Netflix’s high budgeted Hollywood project. After knowing that he is going to share screen space with Ryan Gosling, Chris Evans and Ana De Armas, almost all the celebrities if Tamil film industry started wishing him through their respective social media accounts.

The film is reportedly based on Mark Greaney’s 2009 novel of the same name and revolves around freelance assassin and former CIA operative court Gentry (Going to be played by Ryan Gosling). It follows Gentry as he is hunted across the world by Llyod Hansen (Chris Evans), a former member of Gentry’s CIA team. The film is going to be made of a budget of 200 million US Dollars which is equal to Rs. 1470 crores of Indian currency.

Check out some of the tweets of celebrities wishing Dhanush for his achievement :

@dhanushkraja omg 😱 that’s another milestone and we are so proud sir❤️ pic.twitter.com/oCT9N2Cr8d

crazyyyyy cool news to wake up to 😍🥰🥰🥰amazing @dhanushkraja sir. My bestest to you 😊 pic.twitter.com/cX3A4s0BaV

This is 🔥🔥🔥@dhanushkraja Touching unimaginable milestones and making all of us proud 💛
பெருமை 💪🏻 https://t.co/9h81InIwqj

Meanwhile, music composer Sean Roldan who is known for composing music for films like “Sathuranga Vettai”, “Velayilla Pattathari 2”, “Joker” came up with a tweet slamming the haters of Dhanush who trolled him when he compared Dhanush with Leonardo Di caprio, three years ago. Leonardo Dicaprio, an actor who won the Oscar recently for acting in Alejandro Innaritu’s “The Revenant”, is known across the world for acting in “Titanic”.

He seems to have said that Dhanush is the Leonardo Di Caprio of Tamil cinema three years ago. At that time, haters of Dhanush trolled him for the comparison, suggests his recent tweet. Now, after Dhanush got committed in “The Gray Man”, Sean, in a way of giving back to them, came up with a tweet writing “3 years back I said he’s the decaprio of Tamil cinema. Kalaaichingale da sumbaigalaa.”

3 years back I said he’s the decaprio of Tamil cinema. Kalaaichingale da sumbaigalaa.

This tweet of Sean garnered 5K likes from the users of twitter so far. Fans of Dhanush extended their supportive hand to the musician in the comment section as well. Check out some of the mixed reactions his tweet received below :

Ippayum DeCaprio nu sonna kalaaakippanga than dude. You can even call him better than DeCaprio but definitely not DeCaprio.

4 years back @menongautham said that too💚🔥

Ashwin Communicates With This Player In Tamil !! Fans Can’t Keep Calm
Tamil Fans Got Extremely Upset On Seeing This About Dhanush !!