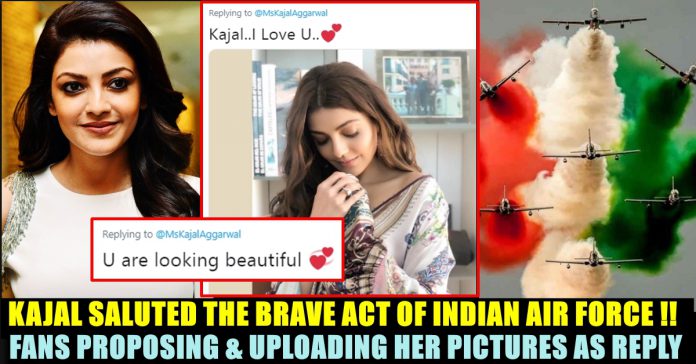 Since today morning, the number of celebrities who heaped praise on our Indian Air force are infinite. The proud moment of Indian Air force destroying the terrorist camp as an act of revenge to our fallen heroes in Pulwama attack is something we would cherish life long. 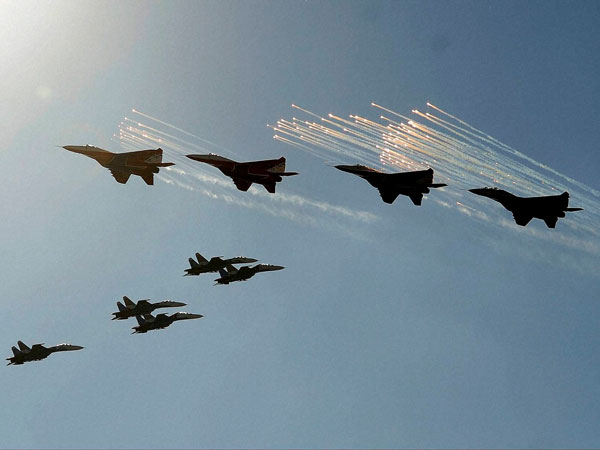 Starting from Kamal Haasan and Rajinikanth to Akshay Kumar and Ajay Devgan almost every celebrity of Indian cinema industry expressed their gratitude through their respective twitter accounts. Female celebrities including Samantha, Hansika also expressed their emotions.

No starting wars but ending it like 🙌🙌🙏🙏 #IndianAirForce 🇮🇳 #JaiHind

Salute to the #IndianAirforce 🙏🙏 #IndiaStrikesBack .. the entire country is super proud 🙏

Kajal Agarwal who is known in Tamil industry for films like Thuppakki, Maatran etc also posted a tweet regarding this historic moment. She saluted the brave heroes and seemed very happy about India taking their revenge for 44 fallen souls. 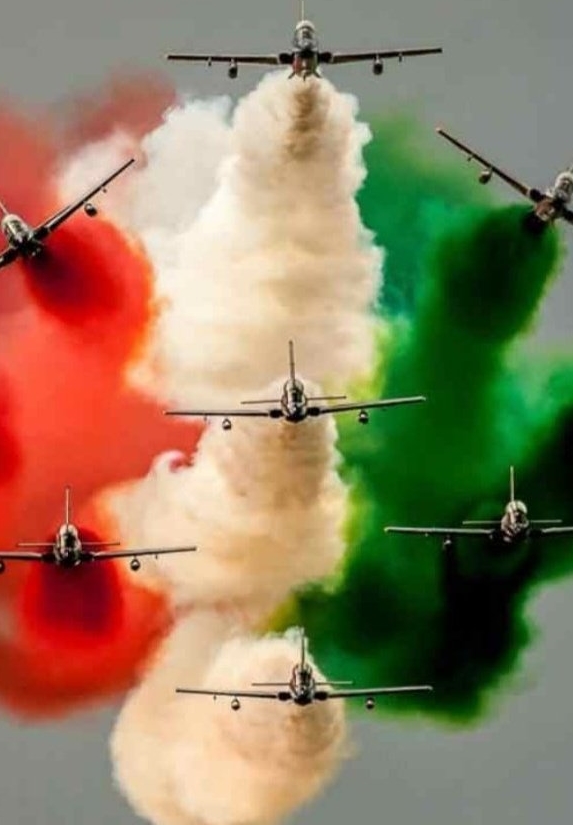 Usually celebrities who tweets or uploads irrelevant posts during this kind of important patriotic events would get trolled by their followers like never before. Be it our national cricket team captain Virat Kohli or South Indian actress Shruthi Haasan, they all got trolled for their posts in social media accounts in wrong time.

Shruthi Haasan Posted About Fun At Her Work !! Followers Bashing Her For Not Paying Respect To Kalaingar !!

But now to our shock it is completely the other way around. Kajal Agarwal who posted about Indian Air Force’s achievement received a very low number of relevant reactions.  Her comment section filled with her pictures and heart emojis. Though we could witness some relevant opinions, it is her pictures and “lovey-dovey comments” dominated the comment section. What’s more pathetic is those comments are the highest liked ones compared to the relevant comments. Check out some of them yourself :

“Never give up on something you really want. It’s difficult to wait, but worse to regret” pic.twitter.com/tu6GuSVm23

U are looking beautiful 💞

Even you can see some sensitive morphed pictures of the actress amidst these comments in her post which are not supposed to be attached here. Whom you think going to question all of these people who are not aware of the current situation of our country and glorifying Kajal without realizing that it is not her birthday post ?? Let us know your thoughts on this !!