Superstar Rajinikanth, the indisputable ‘King’ of
Kollywood when it comes to theatrical collections within and outside the
country, has created another record: his upcoming film Kabali has already done business worth Rs.200 crores even as its date of release in theatres is
exactly a month away!
“Kabali”
is a gangster flick, written and directed by Pa Ranjith. Radhika Apte plays the
female lead in the film, which has Dhansika, Kishore and many others in the
cast.
Directed by
Pa. Rajnith, Rajini’s Kabali has easily become the most anticipated, most
awaited film of the year. The release and distribution rights of the film have
been sold at unheard-of prices with the U.S.
rights alone accounting for Rs.8.5 crores. The film is gearing up for a
grand worldwide release in India, Malaysia, Singapore, Thailand and also in
China and Japan.
In Sri Lanka too, Kabali is slated to
release in as many as 50 halls. The release and distribution rights of the film
in Tamil Nadu, Andhra Pradesh, Kerala, Karnataka and Telengana alone have been
sold for more than Rs.200 crores, it
is reported. Moreover, talks are also on to release the film in a huge manner
in halls across North India. So, the industry experts say that the film would
set a new benchmark for pre-release business in the South Indian film industry.
This is for the first time in the
history of Indian films that a film has done business worth more than Rs.200
crores even before it has hit the screens. This has made the whole of the film
industry look at Kabali in awe. Kabali would also be the first-ever Indian film
to be releasing simultaneously in China and Hong Kong.

However, the
makers are yet to formally announce the release date of “Kabali” even
though it is widely reported that the film would hit the screens on July 1.
Meanwhile, the teaser of the film,
which was released on May 1, has got over 20 million hits on YouTube.  We
can’t wait for the release and we’re pretty sure this movie is going to be a
block-buster and break many records!! 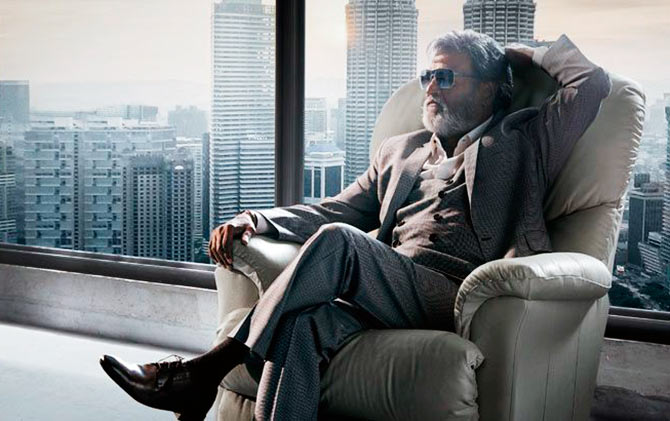