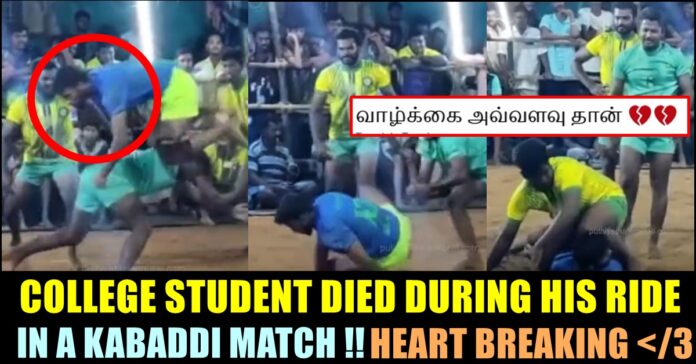 Heart wrenching video of a Kabaddi player succumbing to death during his ride has left the people of the surrounding devastated. The video shows the youth, after failing to reach his target during his ride, losing his conscious and reports suggested that he died on spot.

The youth has been identified as Vimal Raj, a 21 year old. Belonging to Periyapurangani Murugan Kovil street located in Kadampuliyur, next to Panruti, Vimal Raj was studying 2nd year B. Sc in a private college which is located in Salem. 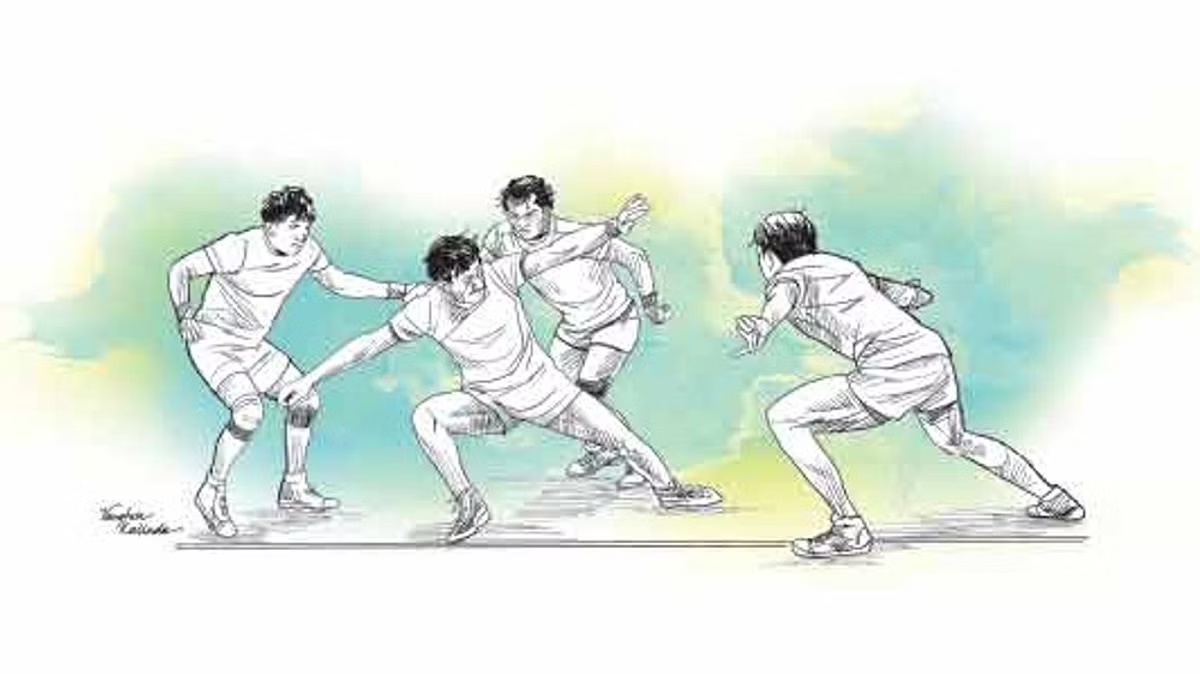 Vimal Raj was getting trailed in a Kabaddi academy which is also located in Salem. In the night of 24th July, a state level Kabaddi match took place at Maandikuppam. Representing a team in the match, Vimal Raj took part in the tournament.

While going for ride, Vimal lost his conscious unexpectedly. Organizers of the tournament and Vimal’s fellow players took him to the nearby hospital immediately. Doctors who saw him, declares the youth as brought dead and the incident left the entire locality in a deep devastation.

Police officials of Muthaandikuppram registered case and has been investigating about it. Body of the youth has been sent to the government hospital of Mundiyambaakkam for post morten.

The video has been sending shock waves among the users of internet. Many expressed their sorrow for the demise of the youth whereas a number of online users advised the youngsters of this generation to eat healthy food and choose games that is appropriate for their physique.

The co-players could have attempted basic life support. He could have been given some chance of survival. BLS should be taught to all the school and college students and certainly for those who are into sports. https://t.co/3OtnNmZZrh

This is tragic. My deepest condolences. https://t.co/vKrNsOTxxR

Previous articleActress Got Thrashed In Public For Stealing Another Woman’s Husband ??
Next articleBIZARRE : Students Using Flavoured Co*doms To Get High !!

On Monday, English all rounder Moeen Ali who is currently representing Chennai Super Kings in the ongoing IPL tournament, came up with an announcement...

It has been widely believed that Surya's upcoming film "Ponmagal Vanthaal" is going to get a direct release in online platform. As soon as...