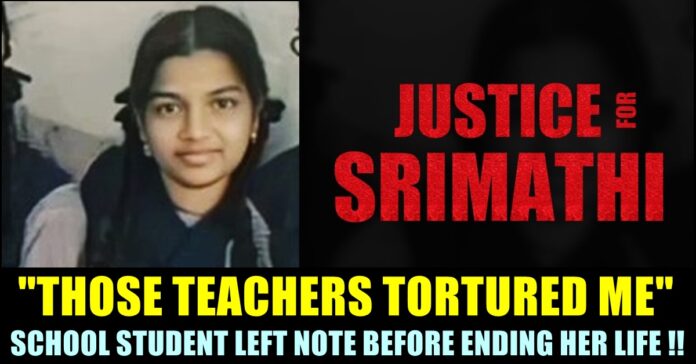 A class 12 student named Srimathi who was studying in a private higher secondary school at Chinna Salem near Kallakurichi in Tamilnadu died by suicide in the night of Tuesday. She reportedly left a note behind alleging two teachers tortured her. 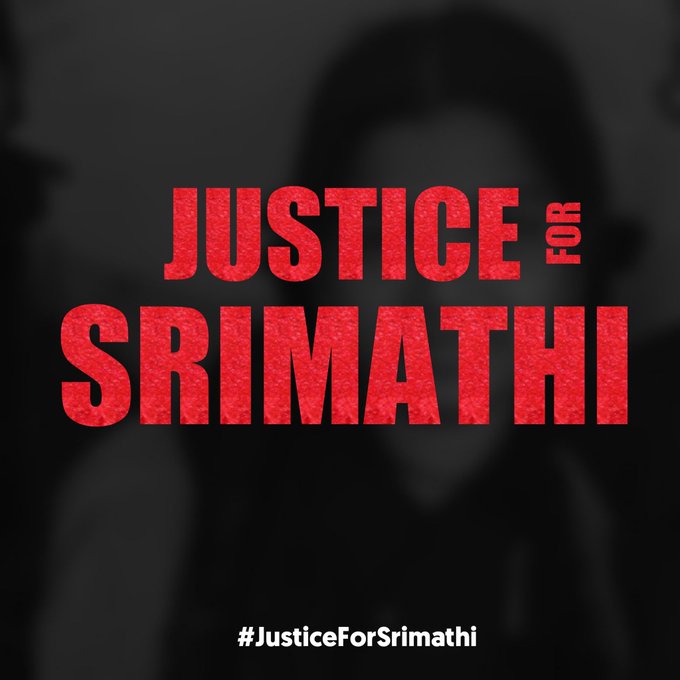 On Wednesday morning, the watchman of the hostel building, allegedly found the girl’s body on the ground and alerted the school authorities. The local police were immediately informed and the girl was taken to a nearby hospital where she was declared dead.

In the notes which was left behind, the girl named two teachers and accused them of torturing her and other two students to study always. “The two teachers were brought to the police station for an inquiry. They said that they just casually asked her to concentrate more and study hard as she was very playful” said S Selvakumar, SP of Kallakurichi.

According to Indian Express, Police reports says that the school management informed the girl’s parents made them reach the Kallakurichi hospital with their relatives. Close to 50 family members staged a “Road Roko” at the Kallakurichi-Salem highway seeking justice for her death, accusing the school management of pushing her to take the extreme step, said the police.

After the crowd entered the school and prevented teachers to enter the premises, the police reached the spot and pacified the protesters. A case was registered under section 174 of CrPC.

“We are carrying out an investigation. The suicide note says that the girl was scolded by these teachers and the other teachers also know about the incident. The post-mortem is being carried out and once it is completed, we will hand over the body to the parents” SO Selvakumar said. Mother of the student said that she has a doubt in the death of Srimathi.

As soon as the report about the news surfaced, users of the internet has been trending “Justice For Srimathi” in the micro blogging social media site with reactions demanding action against the school management.

This was so heart breaking 💔😢

A school girl committed suicide in Tamil Nadu after being tortured by teachers. I have also been victim of violence in school😔Its a warning bell. Beating, torturing children is intolerable. It can cost your child’s life. Wake up🙏🏻😢 #justiceforsrimathi pic.twitter.com/XjDsU9kXzE