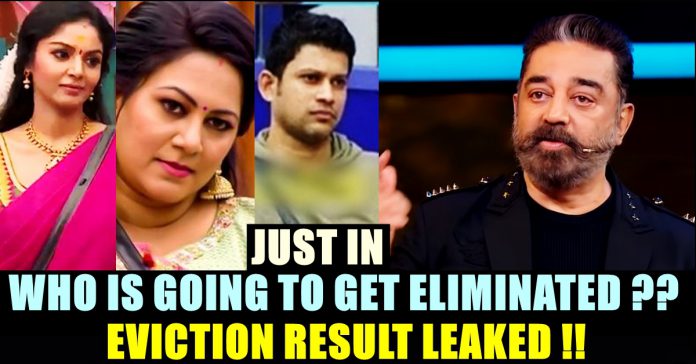 Followers of the show couldn’t swallow his elimination as they were expecting Somashekar to receive less votes. However, Suresh Chakravarthy who acted as one of the main aspect of the ongoing season in the first two weeks, lowered his guard for the past few days. He who said that he decided to lay low in the house to Kamal Haasan last week, failed to occupy the screen space which would have helped him to gain votes from the audience.

Various kind of reactions are pouring in the social media platforms as soon as the announcement surfaced.

Tell me honestly #BiggBossTamil is #Suresh is worst than #Som #Archana #Shivani #Ajeedh or #Balaji??

yeah its extremely unfair eliminating a perfect entertainer as well as task master ,what to do audience like only emotional idiots and PR doing great manipulation in voting,so BB house not deserving #SureshChakravarthi #BiggBossTamil4 https://t.co/WmZwf1C0IK

Guess #SureshChakravarthi ruined #BiggBossTamil4 script writers party by openly revealing the useless love track between #BalajiMurugaDoss & Mixture Shivani I will have him out rather then being a part of show which encourages fake victim card sob stories, scripted romance etc.

Suresh Chakravarthy, the eldest participant of the ongoing season, made his acting debut in the year 1991 in K Balachander’s “Azhagan” featuring Mammootty, Babu priya and Geetha in pivotal roles. In the film, Suresh played a role named as Agarabannu sokku. Before entering the Bigg Boss house, Suresh was busy making cookery videos for his youtube channel. Through his Instagram account, Suresh called himself as an Actor, Anchor, Writer, Director and YouTuber.

Actor Meesai Rajendran who is known for appearing in films as a supporting artist, in a recent YouTube interview, has revealed that comedy king...