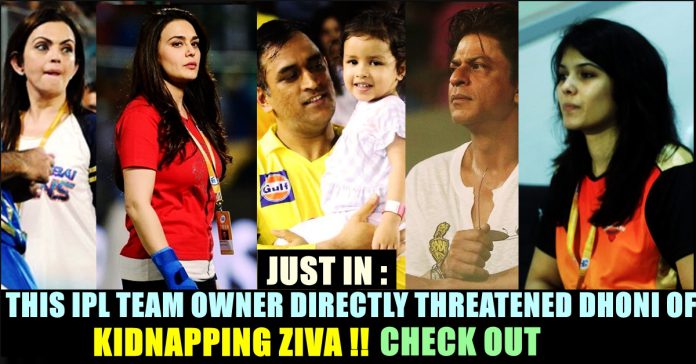 JUST IN : This IPL Team Owner Threatened Dhoni Of Kidnapping Ziva !! Check Out !!

Indian Premier League is the most expensive sports tournament in India. Chennai Super Kings (CSK) and Mumbai Indians (MI) have been the two best teams of the Indian Premier League (IPL) 2019. After going down by six wickets in their last league fixture against KXIP, defending champions Chennai Super Kings on Tuesday would look to bounce back with a win against Mumbai Indians in Qualifier 1 and make a direct entry to the finals. 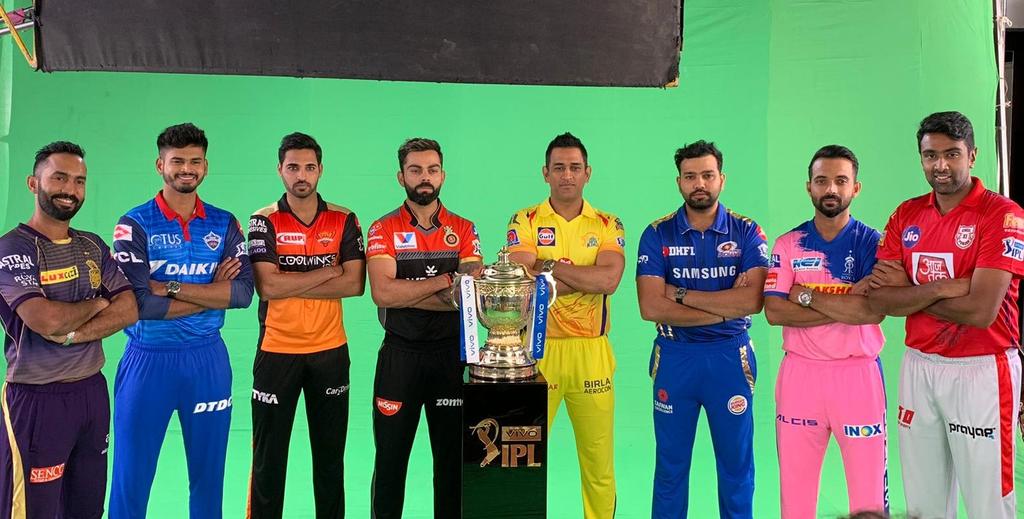 Kings XI Punjab (KXIP) might have failed to make the playoffs yet again but their co-owner Preity Zinta is never short of enthusiasm. The veteran actress-entrepreneur makes it a point to be present in the stands cheering her team every time they take the turf. On Sunday, things were no different as the 44-year-old attended the Kings’ final league game this season. It was in Mohali and Ravichandran Ashwin’s side ended with a 6-wicket win over defending champions Chennai Super Kings (CSK), one of their highs in an otherwise disappointing season.

The victory meant little for the Kings as they were already beaten in the net run-rate race by teams like Sunrisers Hyderabad and Kolkata Knight Riders despite finishing with same points – 12. The KXIP were one of the most talked-about sides this IPL because of the infamous ‘Mankading’ episode of March 25 but on the ground, they could not come up with a team effort that Preity and their fans would have liked.

However, Preity Zinta was happy that her team eventually won a game after four straight losses and she made time to meet her friend MS Dhoni, the CSK captain. She posted a picture on her Twitter account showing her handshaking with Dhoni with a smile on her face.

She also warned Dhoni to be careful for a funny reason. In her tweet she wrote “Captain cool has many fans including me, but off-late my loyalties are shifting to his little munchkin Ziva. Here I’m telling him to be careful – I may just kidnap her 😜 Now it’s time for you guys to Caption THIS photo… #Ting”

Captain cool has many fans including me, but off-late my loyalties are shifting to his little munchkin Ziva. Here I’m telling him to be careful – I may just kidnap her 😜 Now it’s time for you guys to Caption THIS photo…#Ting pic.twitter.com/bD1ADSXopc

Preity zinta also added another tweet saying about her team’s journey in the IPL 2019. Check out that tweet here :

Not the end to the tournament we expected but happy to end with a win. I want to thank all the @lionsdenkxip fans for their constant support through all the seasons 🙏 Next year we will be back better & stronger. #saddasquad

Young Director Got Thrashed By Vijay Fans For His Old Tweet!!

8 year old tweet of young and emerging filmmaker Pradeep Ranganathan who degraded actor Vijay in one of his tweets, is going viral in...