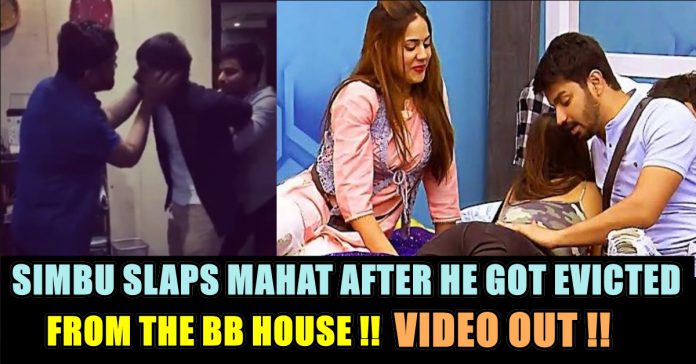 While he was inside house many celebrities who went inside as guest and public compared Mahat’s behaviour with Simbu. As Mahat is a dear friend of Simbu, he often uttered Simbu’s name infront of camera and indeed his voice modulation and body language often resembled Silambarasan.

Even when he got evicted Mahat thanked Simbu for sending him inside. Now the video of Simbu slapping his dear friend Mahat and welcoming got released. The video got released in Mahat’s official facebook account. They both look really happy and Mahat enjoying his friends company it seems.

What do you think on this friendship, let us know !!

We all in our gang have that one photographer friend who desires to be a professional photographer but ended up receiving credits courtesy for...

Internet Lauding Tamil Rockers For Not Uploading This Tamil movie !! This Happens After Vishwaroopam-2 !!