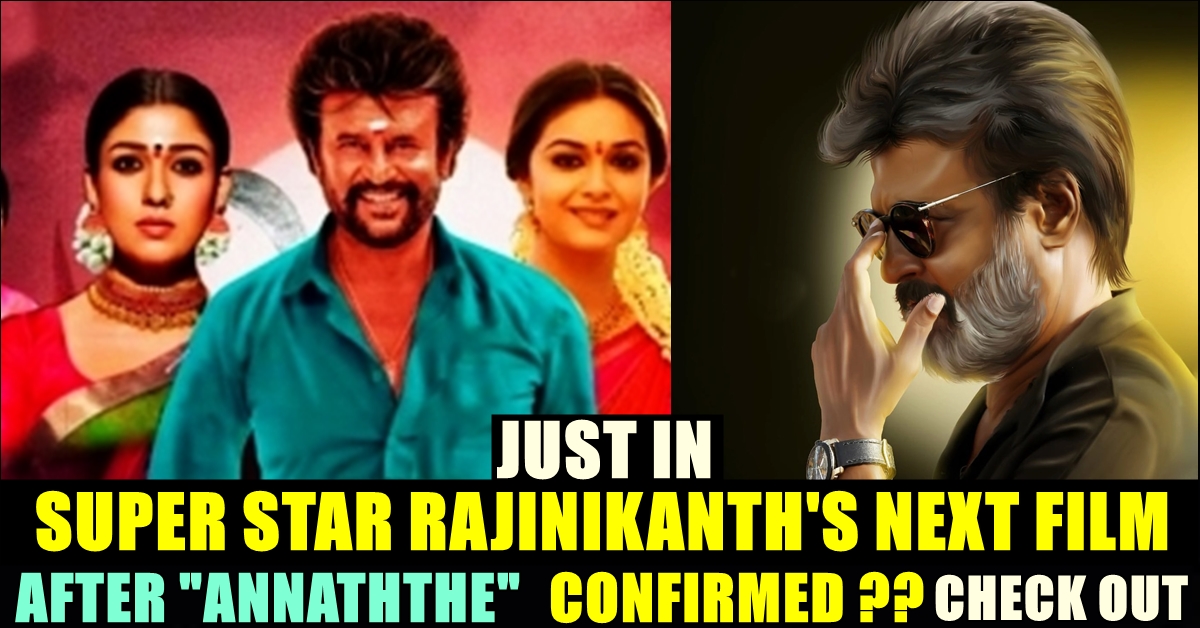 As Superstar Rajinikanth has announced that he is not going to take part in the electoral politics, fans of the actor got divided into two. A set of fans are welcoming the decision of the actor whereas a few of them still demanding him to enter politics. They even conducted protest to make him take part in the upcoming assembly election. Meanwhile, Sun pictures recently announced that “Annaththe” will be releasing on 4th of November as a Diwali release.

Now, surprisingly, a hint on the Superstar actor’s upcoming project has been leaked by legendary filmmaker KS Ravikumar in the launch of his production venture “Google Kuttappan” which is a remake of Malayalam blockbuster “Andriod Kunjappan”. The Tamil version is going to have Bigg Boss Tharshan and Losliya in the lead roles.

After the shooting of “Annaththe” got affected due to COVID 19 virus, Rajinikanth decided not to enter politics. The actor says that he sees the interruption as a warning from the God himself. “I can’t make the revolution by just campaigning my party through social media platforms and media portals. Just a shooting (of Annaththe) that consisted 120 people made me to get hospitalized for 3 days. I have to meet lakhs and lakhs of people if I start a political party” Rajini said in his tweet who believed that his entry in politics will cause financial and mental stress to the people who belong to his party.

Nearly, a month after this announcement, Sun pictures officially announced that “Annaththe” will be releasing for “Diwali festivel.

Now, while addressing the media, K.S Ravi kumar who is going to produce “Android Kunjapan”, revealed that Rajinikanth wished to rework on their shelved project “Raana”. “He (Rajinikanth) would call me at least once in a month. Six months ago we visited his house. At that time, he asked me to narrate the story of “Raana”.

“I asked him one day time and revisited the whole script of Raana and narrated it to him the next day. I narrated the script for one long hour. After hearing that, he got astonished and expressed his wish of acting in it. He said that his body needs more strength to do that film and wanted to work on it” Ravikumar revealed.

“However, I don’t know when he is going to do that or he is planning to recommend someone to do the film. I have always been in touch with him beyond films” the filmmaker added.

It is notable that recently a phone call audio of Superstar Rajinikanth and young director Desingh Periyasamy got leaked in the internet. After appreciating the youngster for his debut film “Kannum Kannum Kollayadithaal”, Superstar Rajinikanth also asked him to do a script for him. It is notable that Desingh is an ardent fan of the Rajinikanth. Karthik Subbaraj, another fan of him would always ready to direct him idol. However, we have to wait and see whom Superstar is going to choose for his next film after “Annaththe”.

Anitha Replied To Follower Who Asked Her Not To Mingle With “Anbu” Gang !!
Theatre Owner’s Savage Reply To A Fan Who Mocked “MASTER” !!