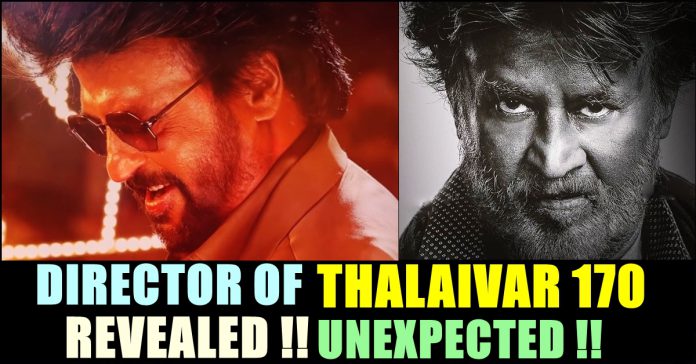 Superstar Rajinikanth is celebrating his 70th birthday today with his fans wishing him from all over the world. The actor whose career spans more than 40 long years, has earned the highest number of fans comparing to all the actors in India. Being debuted in Aboorva Ragangal, Rajinikanth managed to do 167 film so far and is still giving nightmare to his rivals.

The actors of his age in India started doing supportive roles whereas Rajinikanth is still doing the role of protagonist in his movies and the most special thing about it is, the level of craze is still no less comparing to the level of craze in his prime time. As he is celebrating his birthday today, along with his enormous number of fans, many celebrities wished him with their whole heart.

Superstar Rajinikanth who is all set to appear in the shooting spot of his next film with Siruthai Siva, was last seen in Karthik Subbaraj’s Petta. His next film Darbar with A.R Murugadoss is going to hit the screens on Pongal as we all know. Now as far as Thalaivar 169 is concerned, it is widely believed that Rajinikanth may join hands with Kamal Haasan for one last time in his career.

We have earlier updated that Lokesh Kanagaraj will be director if that venture happens. The filmmaker has signed a film for Kamal Haasan’s production house Raaj Kamal International which would most probably be Rajinikanth and Kamal Haasan’s next film. (Read : Rajinikanth & Kamal Haasan To Join Hands After 35 Long Years ?? Details Here) In a way of confirming it, Lokesh has met Superstar Rajinikanth in his Poes Garden residence on December 2nd and was involved in a discussion with the “Petta” actor. The discussion lasted 2 long hours according to reports.

Now to our surprise, updates about Rajinikanth’s 170th film has been surfaced. Director Gautham Vasudev Menon who is known for directing films like Vettaiyadu Vilayadu, Vaaranam Aayiram is going to direct Rajinikanth in his 170th film, according to Vikatan.

The buzz also says that Gautham is going to feature Rajinikanth in his shelved script Yohan Athiyayam Ondru in which he early planned to cast actor Vijay. The film is going to be produced under Isari K. Ganesh’s Vels film international with which Gautham is currently collaborating. According to reports, Gautham thought that Rajinikanth would be apt for the lead role of Yohan which made him to go for it.

On the political career front, Rajinikanth and Kamal Haasan are all set to compete in the assembly election of 2021. They even promised to join hands in politics if it is required. Kamal Haasan is currently busy in working for the sequel of his blockbuster film Indian and Rajinikanth participated in the Pooja of Thalaivar168 yesterday.

What do you think on Rajinikanth appearing in Gautham Vasudev Menon’s directorial !!

“Now You Can Su*k It” AB De Slammed Steyn For Supporting Bumrah !!

Reacting to the fifth day of the fourth test that took place between India and England, Dale Steyn, former iconic pacer of team South...

Seeman, chief-coordinator of the political party Naam Tamilar Katchi, in a recent interaction with a youtube channel, said that he would do 1000 bicep...