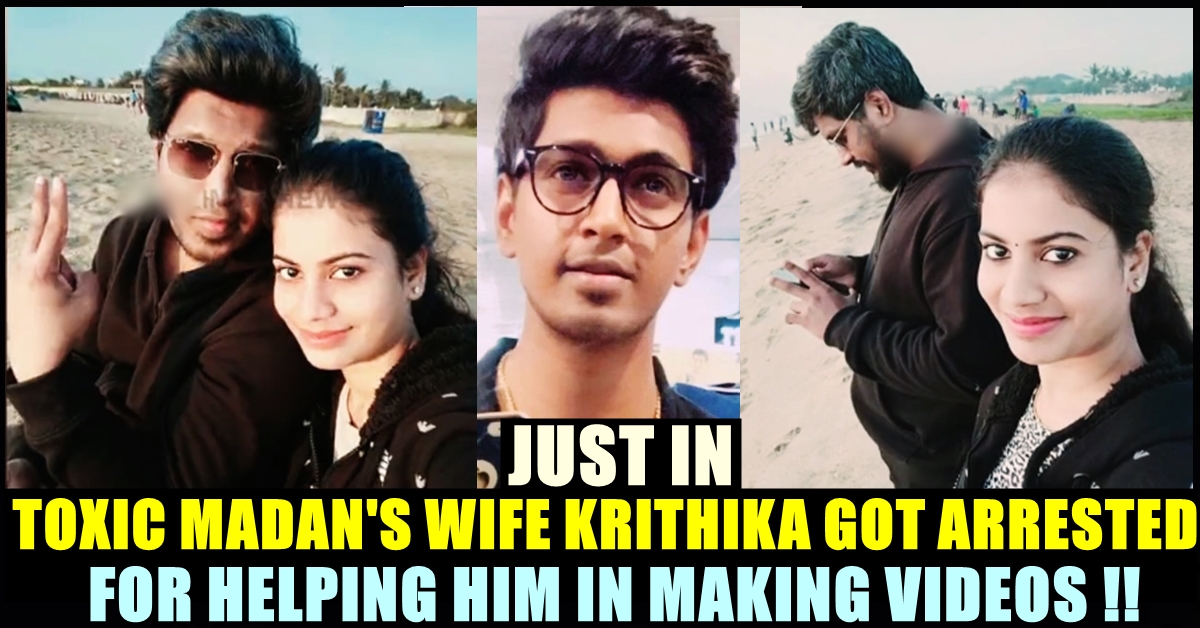 As an unexpected twist in the tale, reports emerged saying that Youtuber Madan’s wife Krithika got arrested by the Police officials. It has been reported that she was involved in uploading the videos of him in his two youtube channels. Madan was accused of abusing women in online medium and for using a mobile application which was banned by the Indian government. Madan’s wife Krithika acted as the administrator of Madan’s youtube channel, says the latest report of Polimer. She is a software engineer by profession.

Police officials have initiated actions to restrict their bank accounts as they earned money from several underage children and kids who belong to influential families. Police have reported that they bought three expensive cars through the earnings. Actions to present Krithika in Egmore court has been initiated, according to the reports. Madan and Krithika started living together since three years ago and didn’t register their marriage legally. They also have a 8 month old baby, said Police.

Police officials of Cyber department are investigating Krithika to know the whereabouts of Madan and actions to nab him through technology is also being made. Watch the video below :

Cases for abusing women and portraying them badly (509), profanity (294 B), Misusing information technology, using banned mobile application has been filed against youtuber Madan who is popularly known as Madan OP aka “Toxic” Madan. He failed to appear before cyber crime police after he was summoned and Police had intensified the search to nab him.

The Youtube Channel “Madan” was launched saying that it will teach players about the Strategies, Tips and Tricks for the now-banned game PUBG mobile. School studying students who are interested in playing the PUBG game received the channel by subscribing it. However, Madanstarted making contents through abusive conversations and through degrading girls.

After seeing the reception of abusive videos, a separate channel named “MADAN 18 +” was launched. The one who runs the youtube channel, initially hid his identity like the Tamil film characters and boasted about himself through his videos, according to News 18. He degraded girls and abused them in the pretext of being real.