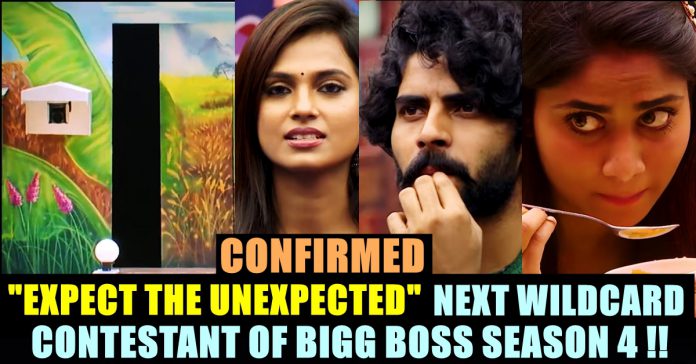 JUST IN : Next Wild Card Entry Of BIGG BOSS 4 Confirmed !!

Third wild card entrant of Bigg Boss Tamil season 4 confirmed his entry into the house through his official Instagram account. He is expected to enter the house that is located in EVP World in Chembarambakkam, Chennai on or before the 45th day. So far, the show has saw three eliminations, a number of controversies, confrontations, quarrels and a number of happy events including Vijayadashami, Kamal Haasan’s birthday and Diwali.

He paired with Shivani Narayanan in Pagal Nilavu serial and they enjoyed a separate fanbase in social media platforms during their stint. For past few days, an unconfirmed news did rounds regarding his participation. Now, in a way of confirming it, Azeem himself came up with an instagram story. He who informed his followers that he doesn’t own a facebook account, added the slogan of Bigg Boss “Expect the unexpected” with the most popular eye logo of Bigg Boss at the end.

He requested his followers to report the fake accounts as the miscreants who are owning it are cheating people. “Expected the unexpected” he added with a heart emoji followed by a “Soon” with eye emoji.

So far Rekha, Vel Murugan and Suresh Chakravarthy are the contestants who got eliminated from the show due to receiving less number of votes. Azeem, being a close friend of Shivani, is expected to have a close bonding with her inside the house. Comment your views on Azeem entering the house as a wild card contestant !!

Lokesh Kanagaraj who is currently busy appearing in youtube channels to promote his upcoming film "Master", shared about an interesting incident that took place...

CHENNAI SHOCKER : 4 Murders In 24 Hours Including One Infront Of DG Viashnava , Horrific !!

4 cold blooded murders within 24 hours rocks the capital city of Tamilnadu. Residents of Chennai city in utter shock as the murders took...