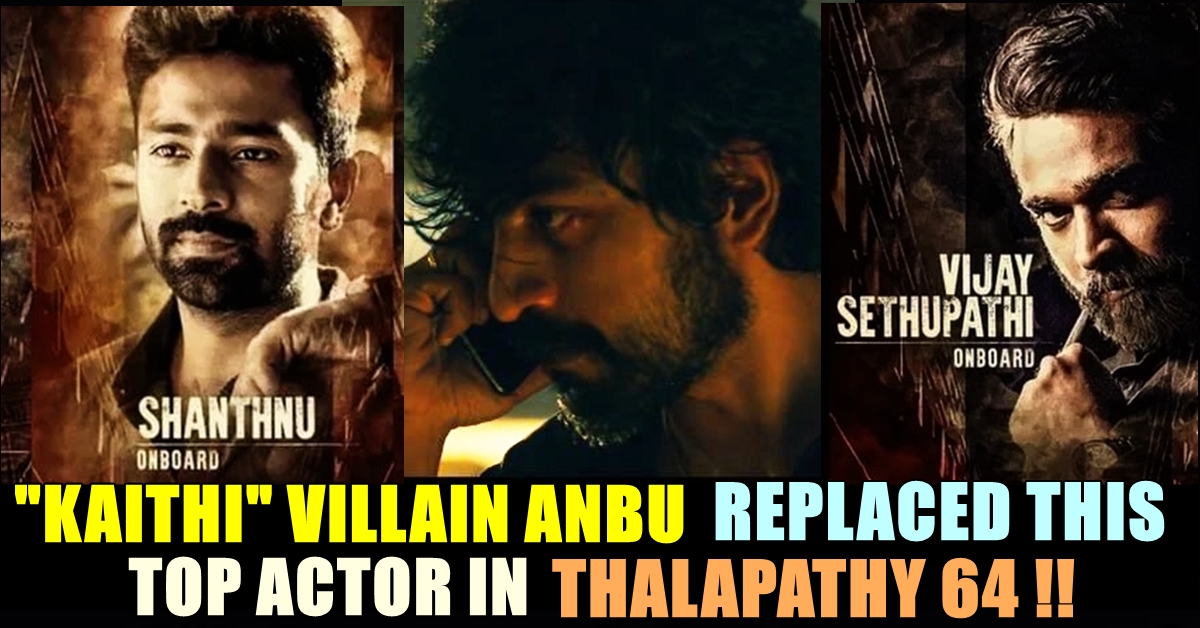 A sum of talented and high profile actors including Andrea, Shanthanu, Vijay Sethupathi, Antony Varghese has made it to the cast of Thalapathy Vijay’s 64th film. Now to our surprise, one more young talent has been roped in to play an important role in the film.

Arjun Das who impressed the audience with his deadly look and stunning voice in Lokesh Kanagaraj’s last venture “Kaithi” has been added into the casting crew of Thalapathy 64. Thalapathy Vijay who is basking in the success of his sports drama “Bigil” is all set for his next venture which is touted to be a Gangster Drama. Since the announcement, the film is making news for various reasons. Lokesh Kanagaraj who also gave a huge success through his recently released “Kaithi” is in full confident.

Lokesh Kanagaraj who is considered as one of the new age filmmakers is keen on selecting young talents as his crew for this film it seems. Music to be composed by Anirudh Ravichander, the film is bankrolled by Xavier Britto of XB Film Creators. Announcing the news of Arjun Das’s addition, Lokesh wrote “Welcome on board ANBU👍” in his official twitter account.

Welcome on board ANBU👍 pic.twitter.com/jc6M05H8GV

As soon as the news surfaced, fans of actor Vijay are very much surprised and are celebrating it in social media platforms. Check out some of their reactions here :

Before update after update pic.twitter.com/USNoSoewLj

Meanwhile it has been reported that Arjun Das has been added into the team as an replacement of “Angamaly Diaries” star Antony Varghese. Lokesh Kanagaraj who was very much impressed with his performance in “Angamaly Diaries” selected him to play one of a baddie but unfortunately due to the clashes of dates, Antony opted out from the movie.

Arjun Das is the replacement for Anthony Varghese Pepe who is out of the project due to date issues. Big jump for @iam_arjundas 💥#Thalapathy64 https://t.co/1DojqKHs4G

Arjun Das who is only one film old is lucky to share screen space with actor Vijay in the Lokesh Kanagaraj directorial. Apart from the main cast, “96” Gowri, Youtube star Brigida, singer Soundarya Nandakumar, Anchor Ramya are few of the recent addition to the cast of Thalapathy 64. It is notable that “Petta” actress Malavika Mohanan is playing the role of the female lead.

Earlier it was rumoured that Thalapathy 64 is a remake of Kamal Haasan’s 1994 film “Nammavar”. Reports also suggested that 64 team bought rights from raaj Kamal Films international. However, the direction team of Thalapathy 64 denied the rumour completely by saying that it is written and directed by Lokesh Kanagaraj completely.

What do you think on Arjun Das replacing Antony Varghese ?? Comment your views below !!