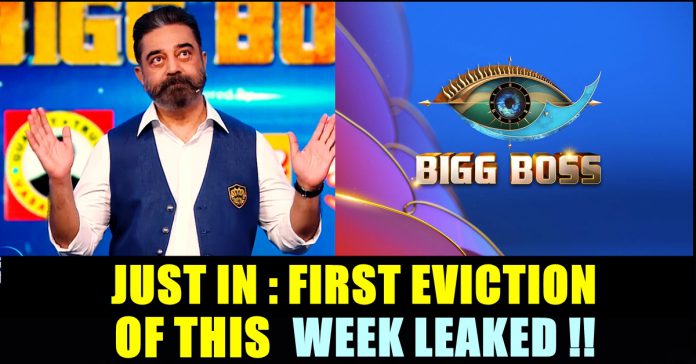 Rekha, Vel Murugan, Suresh Chakravarthy, Suchithra, Samyuktha Karthik and Sanam shetty are the six contestants got evicted from the show so far due to the less votes they received. Aajeedh got evicted once and he saved himself by using a pass he earned by winning a task provided by Bigg Boss.

Gabriella, Ramya, Ramesh, Nisha, Soma shekar and Shivani are the six contestants who got nominated for this week’s eviction. Now, as far as the first eviction of Day 69 is concerned, it has been reported that Jithan Ramesh got eliminated from the show by receiving less number of votes.

Being a son of renowned film producer R.B Chowdhary, Jithan Ramesh humorously said that decided to enter the Bigg Boss show to avoid getting divorced from his wife amidst the COVID 19 crisis. “Due to this COVID 19 situation, you know that we all are extremely frustrated. It is good that they called me from Bigg Boss. Instead of getting divorced from my wife, I decided to enter the house to spend my time” Ramesh said to Kamal Haasan while entering the house.

Ramesh is widely known among mainstream audience for acting in a supernatural thriller film “Jithan”. After entering the house, he performed the tasks well and wanted to avoid getting the unwanted attention of being a son of a producer. This attitude of the actor went well with the audience which made him to stay inside the house for 68 long days.

However, as soon as he started getting mingled with the group led by Archana, his unique qualities and abilities started getting faded. He failed to grab enough footage for himself after he found himself comfortable while being with the group which consists Nisha, Rio, Som and Archana. As a result of it, he received less number of votes from the audience and is walking out of the show.

Comment your views on Ramesh getting evicted from the show!!

Previous articleThis Popular Actress To Replace Chithra In “Pandiyan Stores” ??
Next articleFans Got Extremely Angry On Seeing This Headline On Natarajan’s Insta Posts !!

Siva Kumar’s Explanation To His Rude Behaviour !! “I am Not Buddha” Says The Actor !!

Dhruv Vikram, son of maverick actor Vikram was supposed to make his acting debut with director Bala's Varmaa. However, it looks like his debut...

It was recently announced that Venkat Prabhu will be directing actor Simbu for the first time.  Ever since news broke out, there have been...