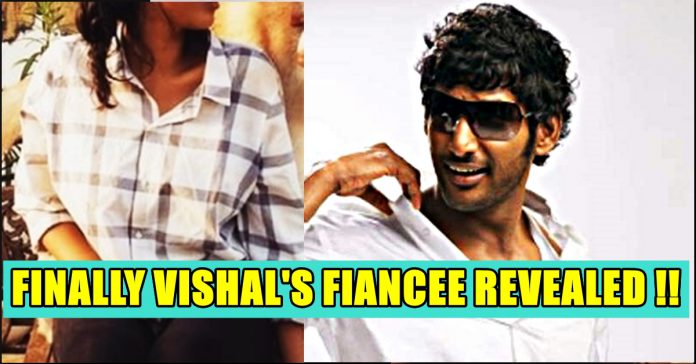 Popular Tamil cinema actor and producer Vishal Krishna is reportedly ready to tie to knot to Telugu girl Anisha. Media reports, on Monday, confirmed that the Ayogya actor, who is also the President of Tamil Film Producers’ Council and Secretary of Nadigar Sangam, has found a girl from Andhra Pradesh and her name is Anisha. Recently Vishal’s Father G.K. Reddy, a film producer, revealed that the actor will soon tie the knot. In an interview to a Taml daily, Reddy had said the family picked a bride for Vishal. Despite rife rumours of dating Sarkar actress Varalaxmi Sarathkumar, newer reports are suggesting that Vishal is set to enter the holy bond of matrimony with a Hyderabad based girl named Anisha. Anisha is the daughter of a Telugu businessman.

Recently Vishal in his official social media account slammed many for spreading rumours about his marriage life. In the tweet the actor said that he will soon announce it officially.

But before it was the bride who took the pride of announcing it to everyone. Yes, Anisha who is an actress and has featured in films such as Pellichoopulu and Arjun Reddy has posted a photo of her with Vishal with a long caption. However, Anisha is not keen to pursue her career in the acting field, apparently. She is now all set to settle with Vishal, and start a new life with him.

She wrote on her social networking handle that she yearns to live up to all of the dreams, goals and challenges she has put up for herself. She revealed that she finally found somebody to go down the path of life with, loving him and life with true passion. She added that she looks up to Vishal for all that he stands for and for all of his heart.

Happy Sankranti! To the start of something new. Thank you all for everything you’ve done; Been a part of my growth, my learning, my observations, my inspiration, my truth, my hurt, my strength, my reason or all that has brought me to where I am today, who I am today. Soon enough, I will be on a new journey and I yearn to live up to all of my dreams and goals and the challenges I have put up for myself. I finally found somebody to go down the path of life with, loving him and life with true passion. I look up to this man for all that he stands for and for all of his heart. I vow to give back to him, the families and the people around with this step forward. I vow to be the best that I can be, intention towards collective learning, love and moral value. #LoveAlways

Anisha has acted in Telugu films and has appeared in films like Pellichoopulu and Arjun Reddy. Anisha played one of the friends in Arjun Reddy and was also seen playing Vijay Deverakonda’s ex-girlfriend in Pellichoopulu. 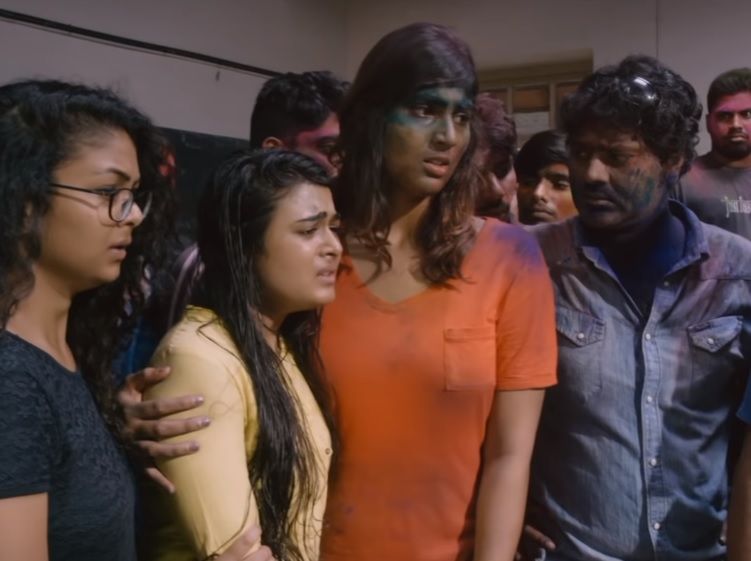 Check out some of her other Instagram posts here :

Happiness is an emotion. It is physical and it is felt. Contentment is a state of being. It is metaphysical and is what one believes. – @bluewatermelon17 #WordPorn #GyanGuru #GG #LOL #IMakeMyselfLaugh #Hashtag Photo Credits to @kushalrajpatnaik .. 🙌 #Hyderabad #Indian #Lost #Nomad #WWI #Lens #NotMe #MustStop #Roar #Green #GreenForLife Also.. I am currently in the research and planning stages of a very big project to go green, in a way. It is a #FightAgainstPlastic Anybody who has been involved in the field, has ideas, contacts, solutions, alternatives that aren’t being used, or anything.. Please contact me. I check my DMs. #ILoveTrees #Nature #WhereIBelong

The wedding will happen in 2019 in Hyderabad and will be a grand affair, suggest reports. It is also being said that Vishal will get engaged in January and the wedding will take place later.

Let us wish them a happiest future ahead !!

Previous articleBREAKING : STR Requests Fans Not To Do This On VRV Released Day !! WATCH VIDEO !!
Next articleDhoni Lost His “Cool” & Abused Khaleel Ahmed For This Reason !! Watch Video !!

Soundarya Rajinikanth, who got divorced from her first husband, Ashwin, last year is all set to tie the knot again if IB Times is...