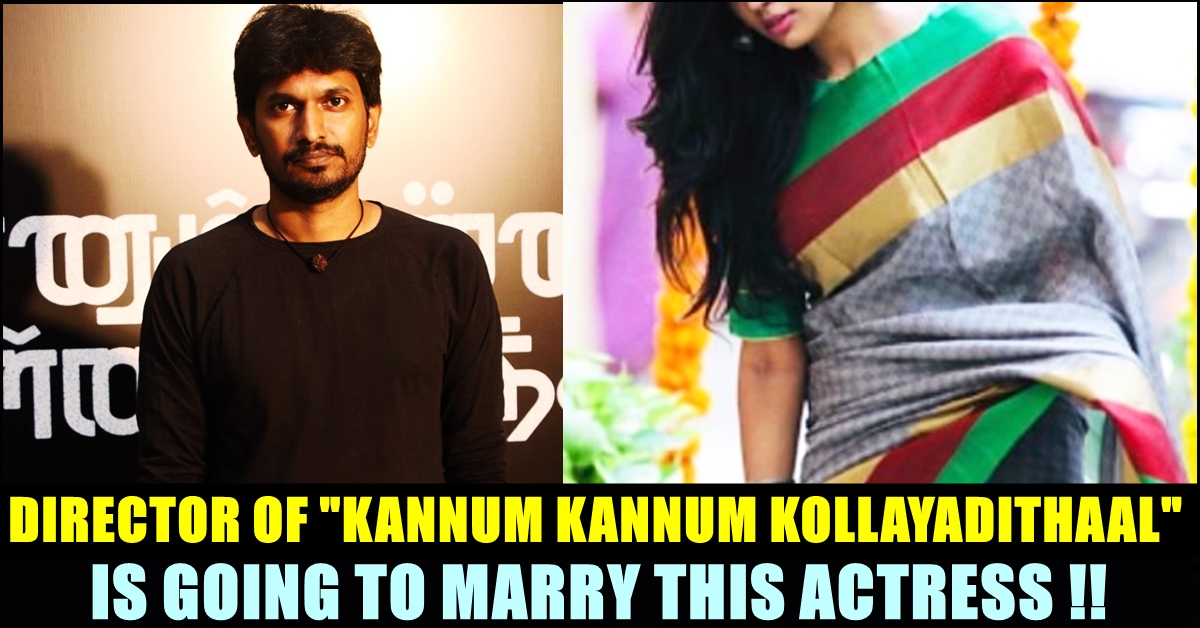 Director Desingh Periyasamy who made the recent blockbuster “Kannum Kannum Kollayadithaal” is going to marry Niranjani Ahathiyan who played one of the lead roles in the film, according to reports. They who seems to have developed a romantic relationship during the making of their romantic comedy film, are going to marry each other soon. It is said that their engagement took place recently.

“Kannum Kannum Kollayadithaal” of Dulquer Salmaan is probably the last film most of us would have watched in theatres before lockdown announcment. The film which was written and directed by Desingh Periyasamy, took 5 years since Pooja to complete and released on 28th of February, 2020 only to impress both audience and the critics. Apart from Dulquer, the romantic heist comedy stars Ritu Varma, Rakshan and Niranjani Ahathian in prominent roles.

The film is based on the four leading characters trying to pull of a heist that is next to impossible by using their unique skill of conning people. Niranjani Ahathian who played the role of Rakshan’s pair in the film, gained enough attention from the fans. Her entry in the film must have raised the eyebrows of many youngsters and many of us would have got that feeling of witnessing her somewhere else before.

Apart from acting in the film, Niranjani is a costume designer who worked in some of the high profile films such as “Kaaviya Thalaivan”, “Kabali”, “Kathakkali” etc. She is also a younger sister of actress Vijayalakshmi whom we got to know about through Chennai 28, Venkat Prabhu’s debut directorial. Vijayalakshmi, Karthika, Niranjani were born to legendary filmmaker Ahathian who is known for making blockbuster film of actor Ajith Kumar “Kaadhal Kottai” which was released in the year 1996. The film is one of the biggest break for actor Ajith kumar during the initial stage of his acting career.

Niranjani is also known for fashion stylist and her online boutique named as “Manjal” is functioning exclusively for women. She received Vijay award for working in Kaaviya Thalaivan, a period drama as a costume designer. It is surprising to realize that all the three daughters of director Ahathiyan are the spouses of directors. Actress Vijayalakshmi got married to Feroz and Karthika is a wife of director Thiru. Now, Niranjana is also going to get married to a director.

Desingh Periyasamy who surprised the film industry with his debut film, got appreciation from Superstar Rajinikanth. He is who is an ardent fan of the “Kaala” actor, even received an invitation from him to narrate a script. Desingh also narrated a script to Sivakarthikeyan, according to reports. Let us wish the couple to lead a successful life !!

“You Are Not Even Worth” Balaji Murugadoss To Joe Michael !!
“It Is A Molesters World” – Chinmayi After Seeing Karthick In “Super Singer” !!