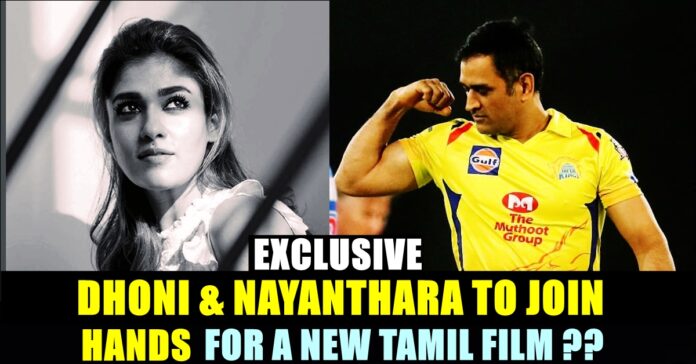 Former Indian cricketer Mahendra Singh Dhoni who has a huge fan base in Chennai, Tamil nadu, is going to start a film production company, according to a report of Puthiya Thalaimurai. It has been reported that the veteran cricketer is going to cast actress Nayanthara in the lead role for the film which he is going to produce through Sanjay, one of the close aids of Superstar Rajinikanth.

The film is expected to go on floors from this month. The cricketer who is currently busy captaining team Chennai Super Kings, is planning to start a production house in Tamil nadu. Considered as one of the Masterminds in the history of International cricket, Dhoni has decided to rope in actress Nayanthara as the lead. It is notable that Nayanthara’s “would be” Vignesh Shivan is an ardent fan of the Jharkhand cricketer.

Collaborating with Sanjay who worked as one of closest aides of Superstar Rajinikanth, Dhoni has decided to do initiate his film production stint, says Puthiya Thalaimurai. Dhoni enjoys a huge fan base in Tamil nadu due to his IPL stint through which he has been representing Chennai Superkings since the inaugural season.

As far as the connection between Dhoni and Tamil cinema is concerned, The cricketer was involved in promoting his biographical picture “MS Dhoni : Untold Story”, in the past. The film, in which late actor Sushanth Singh Rajput reprised the role of Dhoni, did extremely well in Tamil nadu. Post the production of his debut venture, the cricketer might also involve in promoting his film by appearing in front of media. There will be no surprise if he does a cameo in the film as well.

Previously, cricketer Harbhajan Singh debuted to Tamil film industry through a film named “Dikkilona” and went on to act as a lead in “Friendship” which has Losliya, Arjun and Sathish as his co-actors. Former Indian all rounder Irfan Pathan is going to debut as an actor through Vikram’s “Cobra” as an antagonist. The film which is being directed by Ajay Gnanamuthu is expected to release in theatres soon. Sreesanth who also represented team India in the past as a pace bowler, recently debuted as an actor through Vignesh Shivan’s “Kaathu Vaakula Rendu Kaadhal”. Followed by those cricketers, Dhoni, one of the biggest names of Indian cricket is venturing into Tamil cinema. 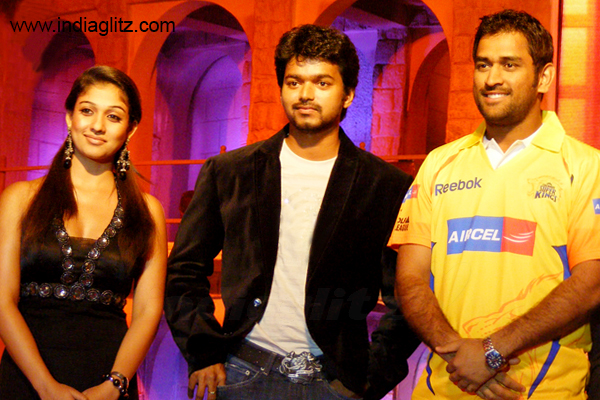 Nayanthara, on the work front, is going to appear in Atlee-Shah Rukh’s Bollywood film. An OTT film titled O2, Connect directed by Ashwin Saravanan, Paattu of Alphone Putthren are some of the upcoming projects of the actress who is fondly called as “Lady Superstar” by her fans.

A wild speculation on Chiyaan Vikram taking a sly dig at the acting abilities of Telugu Superstar Mahesh Babu is doing rounds in the...