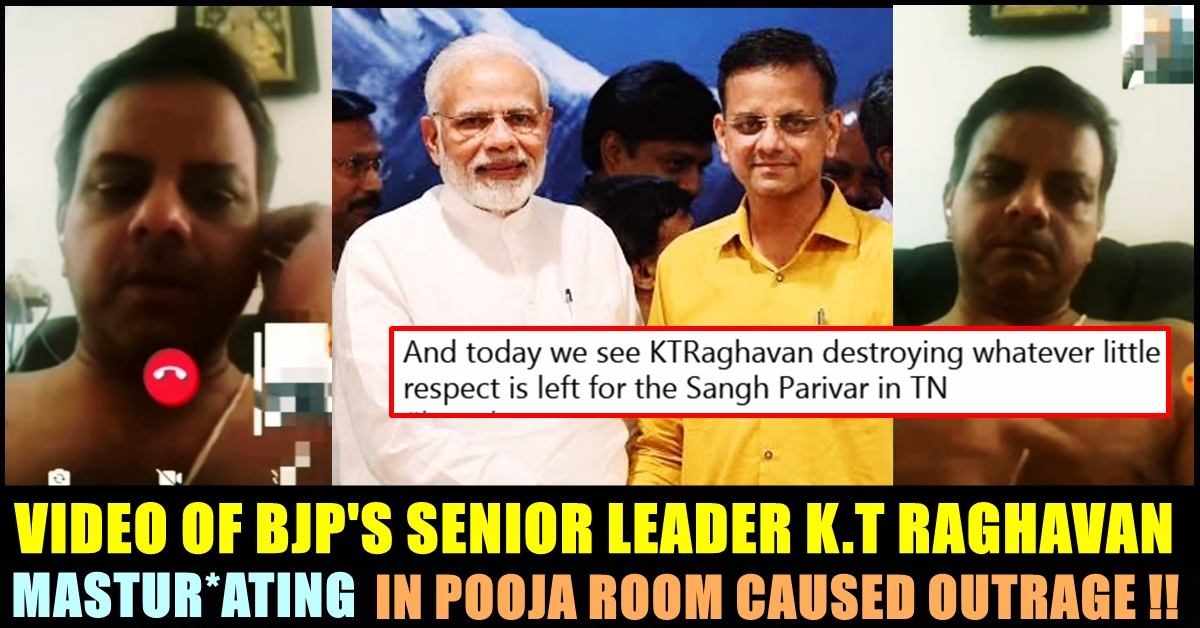 Journalist Madan who is known for working in news channels as an anchor and reporter, came up with a video in his youtube channel “Madan Diary”, accusing BJP’s senior leader and spokesperson K.T Raghavan of sexually harassing women by using his power. He attached the screen recorder of one of the video calls of K.T Raghavan and a woman which shows the former indicating the woman to remove her cloth. The news is going viral in social media platforms with reactions trolling and criticizing the BJP member.

Madan who recently joined BJP party, says that the party have won 5 seats in the recent Tamil nadu assembly elections only because of their alliance with the AIADMK party. He said that the party couldn’t grow in Tamil nadu due to the misusing the fund they receive from the head. He further said that the senior personalities of the party involving in sexual violations as one of the main barriers for the party’s growth in Tamil nadu.

“Members who have 25,30 years of experience in the party are involving in sexual violations and it’s not being brought to light is the worst scenario” he said before releasing the video of K.T Raghavan. “They are not being exposed because the women are afraid of their position in the party. As they are also ruling for the past 7 years, they are using their influence to silence the victims. The party’s own members say that K.T Ragahvan has been involved in such activities since very long time” Madan said in his video who added that he has been busy working on this sting.

“I have all the proofs. I also have such video, audio proofs of 15 leaders. We are releasing the video of K.T Raghavan first because of the image he created among the media and public. He is being promoted as “Mr. Clean”. I myself have interviewed him several times and didn’t think that he would involve in such activity till I saw it myself” he said in the video.

Watch the video released by Madan below :

So, how many of you know about the ‘Pooja Room Jihad’ of Senior BJP Leader and party spokesperson Shri KT Raghavan from TN? #ktraghavan pic.twitter.com/hvZ1UYCZAE

And they call themselves as a party with difference 🤦. @annamalai_k what will be the Stand of your party on this shameful act sir? Hope this is not the difference BJP is speaking for decades. Kudos @MadanRavichand4 for doing such a string against all the odds. #ktraghavan https://t.co/A2dT7FOVle