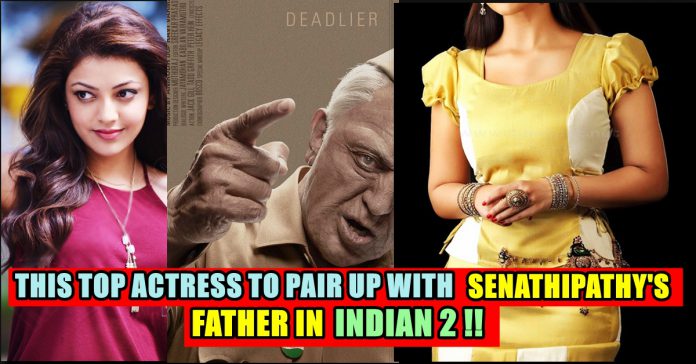 Ever since Indian 2 was announced, it has managed to pique the curiosity of the audience. Initially, it was said Dulquer Salmaan was approached for an important character. Then, we heard Simbu was going to play Kamal Haasan’s grandson. However, following his exit, we were told Siddharth was on board. Now, the buzz is that director Shankar is in talks with Akshay Kumar as well as Abhishek Bachchan for the role of a villain. 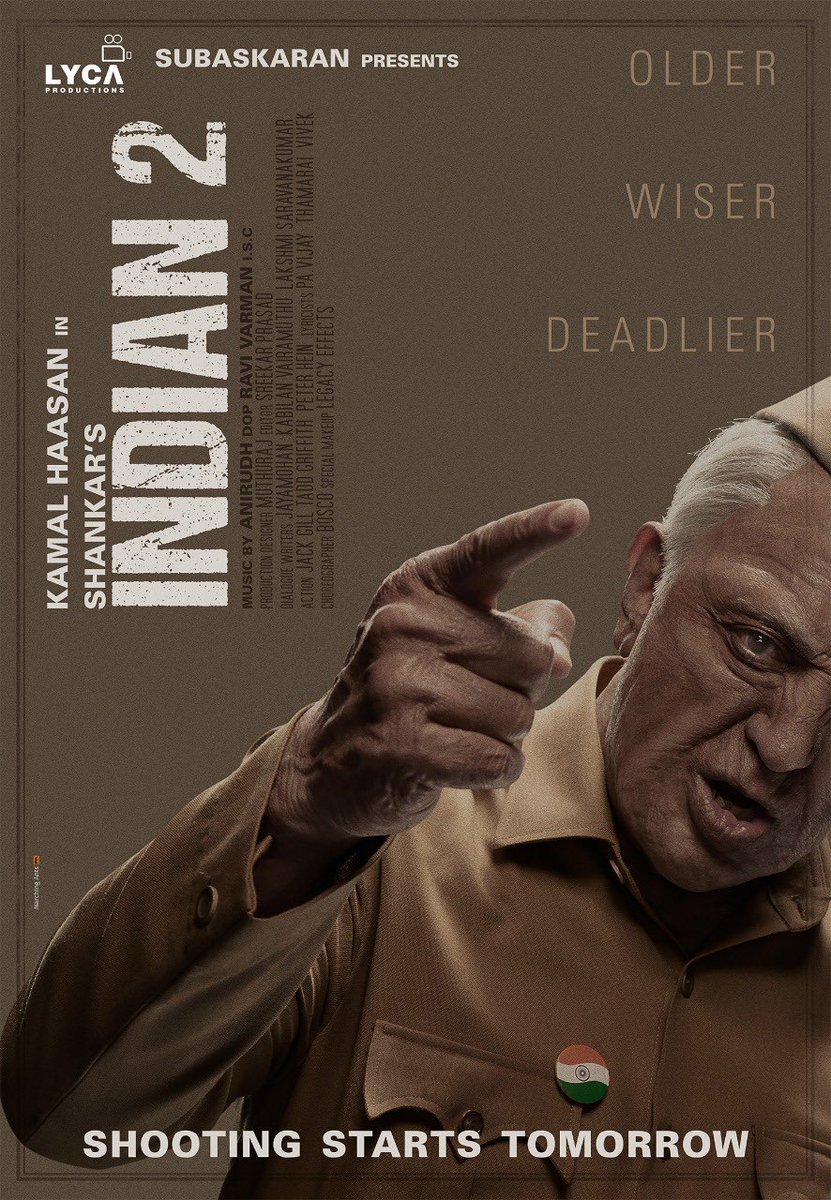 Indian 2 went on floors on December 18 and has Kajal Aggarwal as the heroine. Sources close to the film unit say she has been asked to read up on Kalari and Varma Kalai — which was dealt with extensively in the first part (Indian). 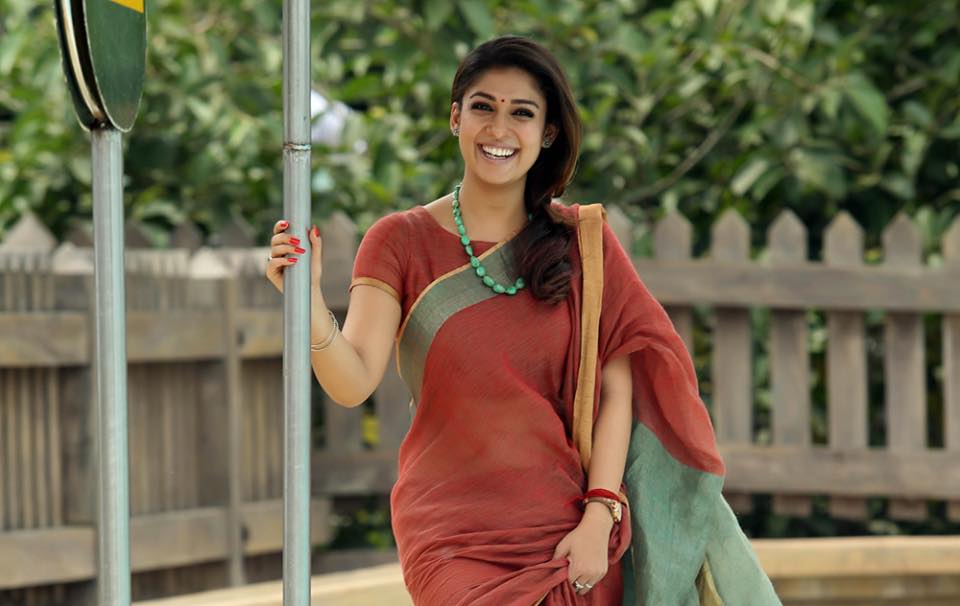 Now to our surprise, actress Nayanthara who is called as Lady Superstar by her fans has joined the cast list of Indian 2. Nayanthara is curently enjoying the success of Viswasam in which she paired with Thala Ajithkumar and also has been roped to pair up with Thalapathy Vijay’s 63rd film. Apart from these Nayanthara is also concentrating on female oriented movies for a long time since the block buster of Maaya. Some of the movies in which she played the protagonist role are Dora, Aramm, Kolamavu Kokila, Imaikka Nodigal and also waiting for the release of Kolayuthir Kaalam and Airaa in which she is believed to be the protagonist as well. 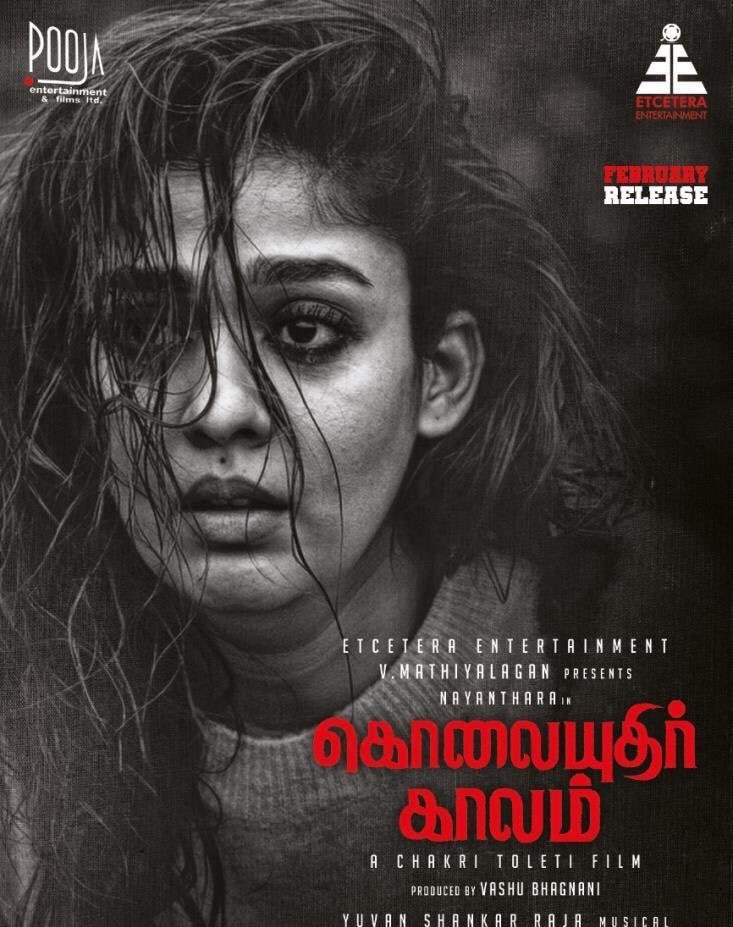 The buzz of Nayanthar playing one of a pivotal role was first witnessed through the cover page of populat Tamil magazine Kumutham. 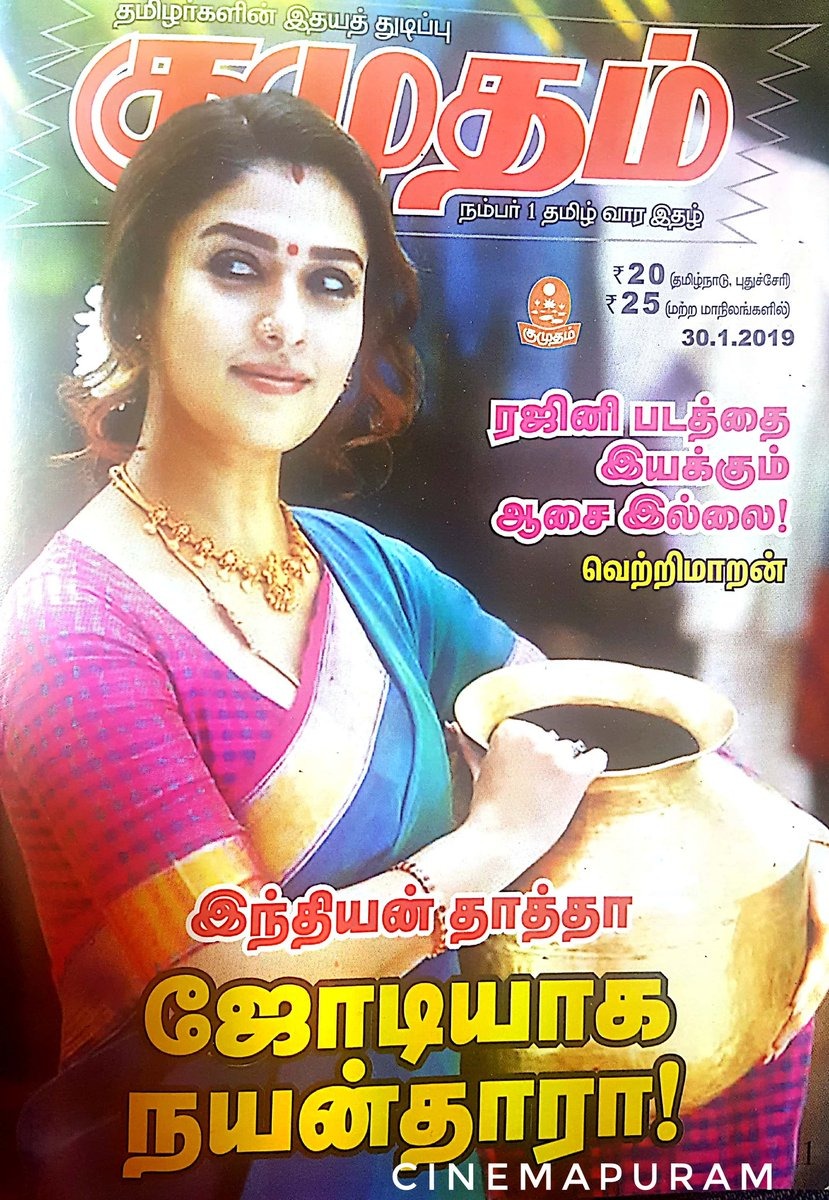 Then through a twitter page Kollywood it is confirmed that she is going to be seen in the prequel portions of Indian 2. Nayanthara may pair with the father of Senathipathy, the Indian thatha.

And it is also said that the father character has been insipired from Nammazhvar.

#Senapathy‘s father character has been inspired from #Nammazhvar ( Agriculture scientist) as per the sources. And @juniorbachchan will be the main antagonist in #Indian2.

Check out the article released in Kumutham : 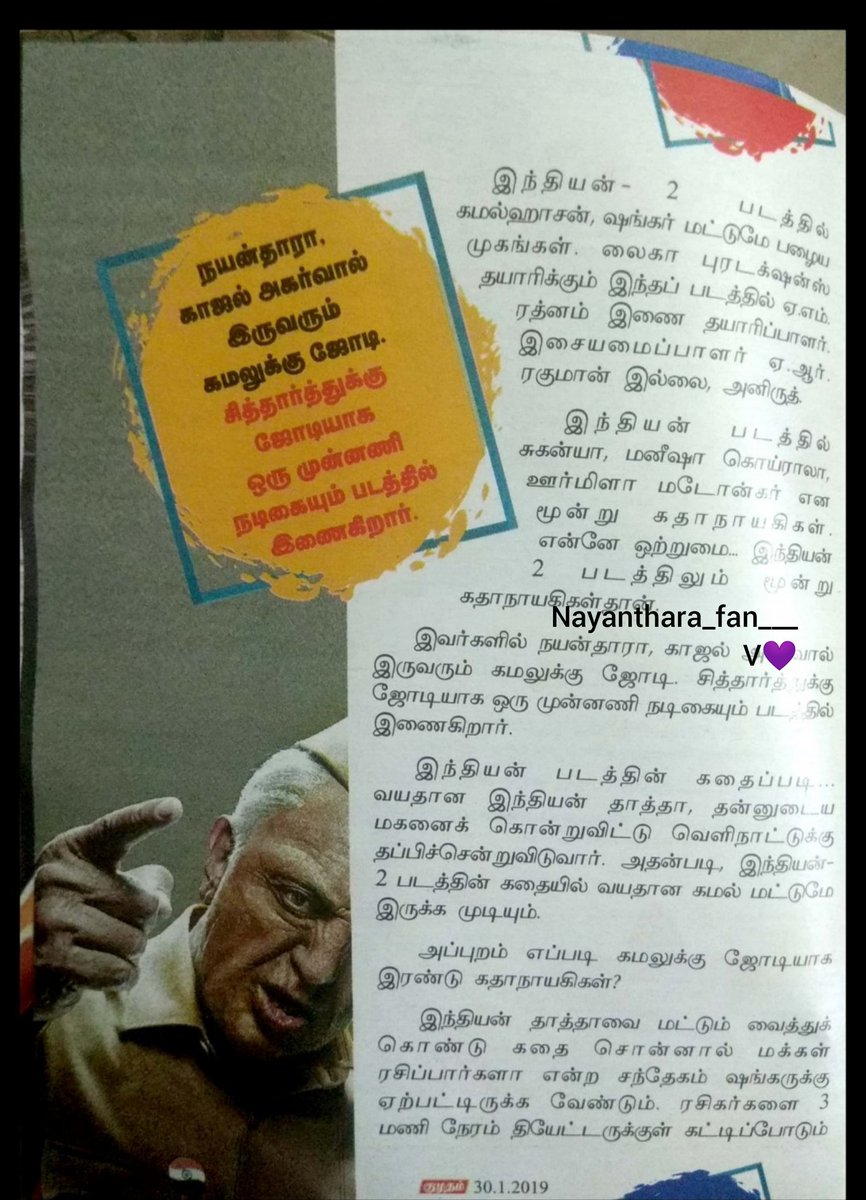 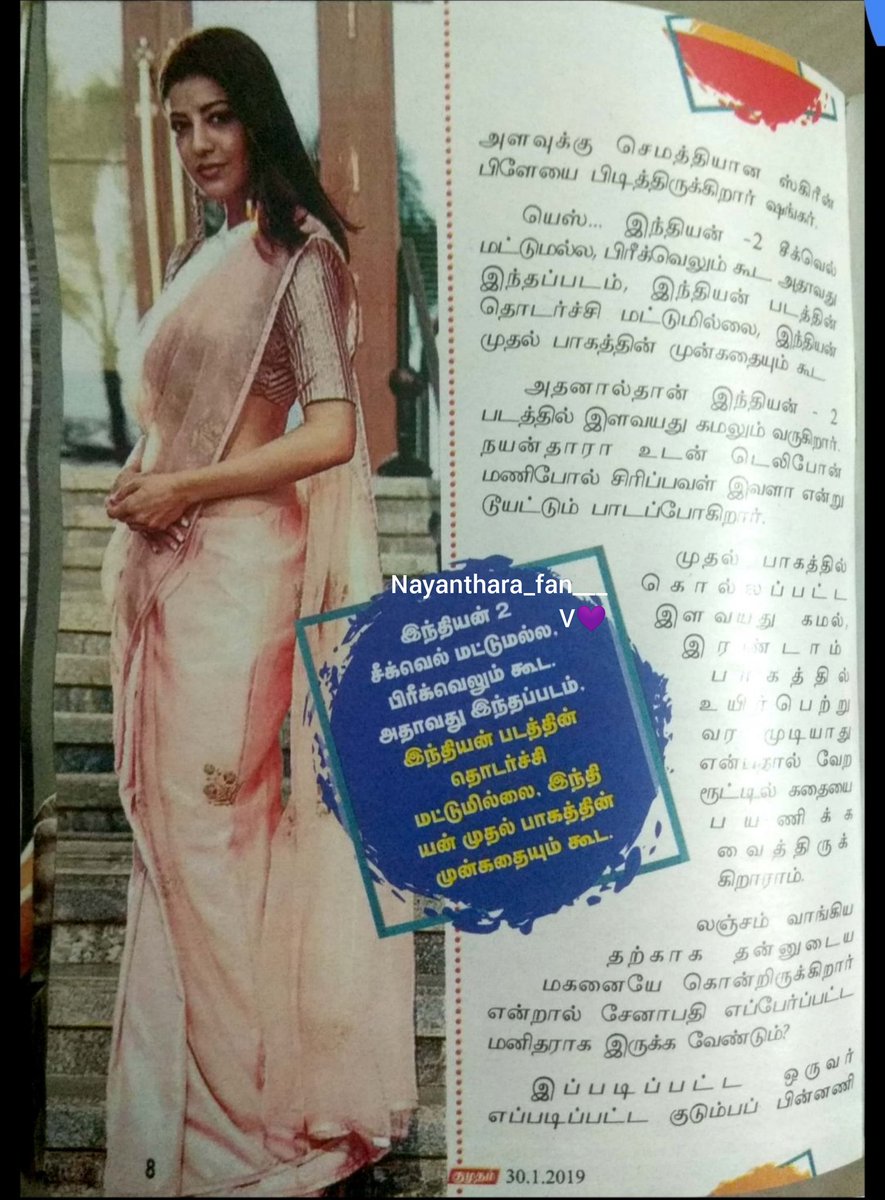 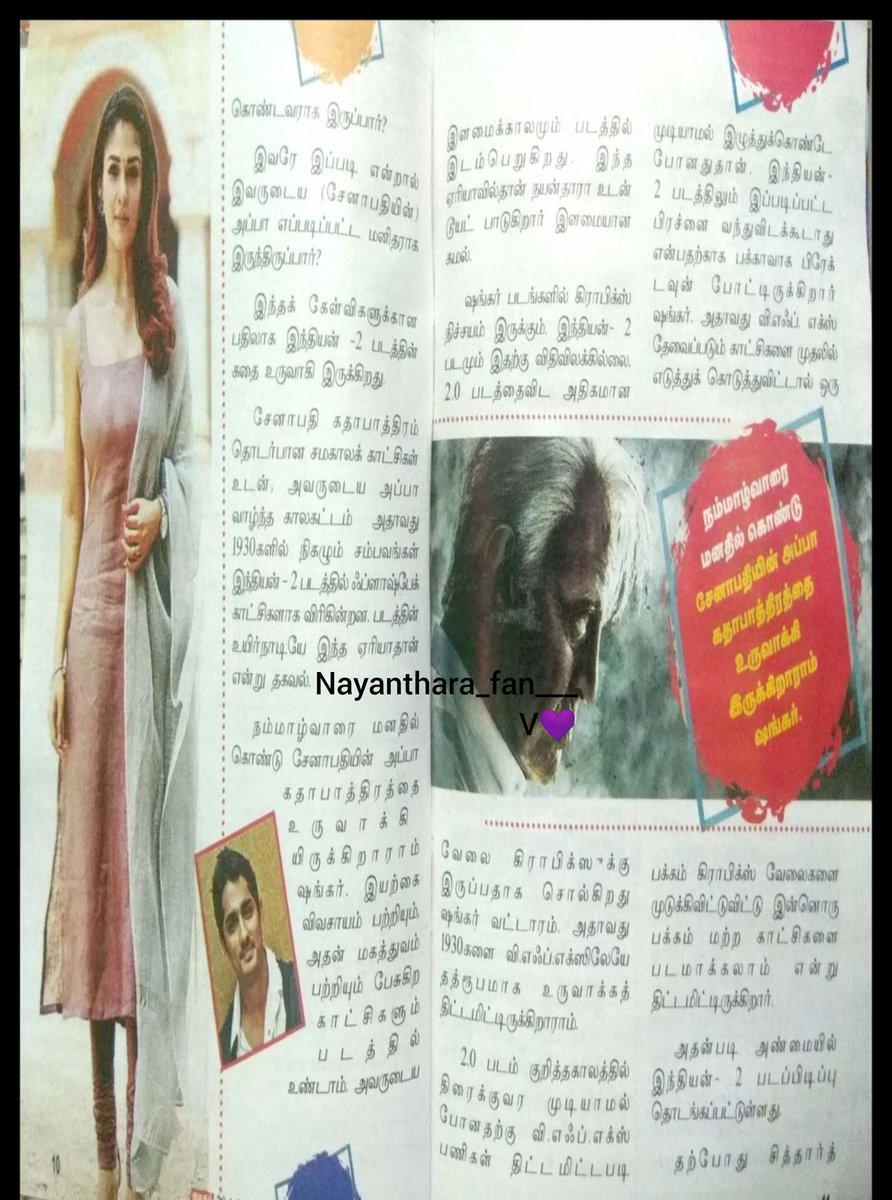 Comment your views on Nayanthara pairing up with Kamal Haasan in his last movie !!