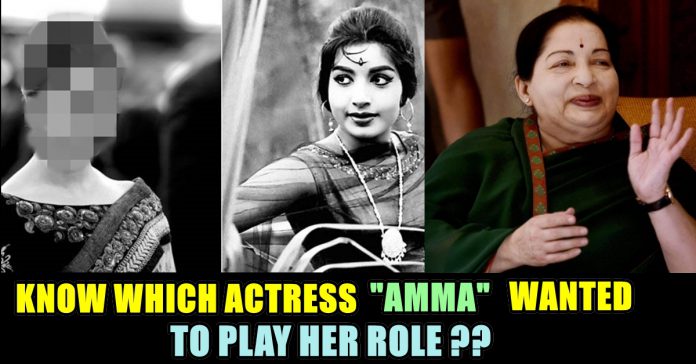 Three years after the death of Tamil Nadu chief minister Jayalalitha, a biopic is all set to release based on her life. The biographical film is scheduled to release in 2019. Film critic and trade analyst Taran Adarsh announced the news on Twitter. He informed that the film will hit the theatres on a significant date February 24 which is her birth anniversary.

He wrote, “#BreakingNews: Vibri Media – producer of #83TheFilm and #NTRBiopic – to produce #JayalalithaBiopic in Hindi, Tamil, and Telugu… The producers plan to launch the movie on Jayalalitha’s birth anniversary: 24 Feb 2019… The first look will also be released on the same day… contd.”

He further mentioned that prominent actors from Bollywood and the southern film industry are set to star in the movie. Jayalalithaa, popularly known as ‘Amma’ breathed her last on December 5.

Born on February 24, 1948, in Mandya district in then Mysore State (now Karnataka) in a Tamil Iyengar Brahmin family, Amma stepped into showbiz in 1961 with an English film ‘Epistle.’

Will feature faces from south and bollywood. Will be releasing on Feb24, 2019 !!! Cast & Crew will be announced shortly

Tamil filmmaker Vijay [of #Madrasapattinam] will direct #JayalalithaBiopic… He is overseeing the pre-production work of the film, based on the vision shared by producers Vishnu Vardhan Induri and Brinda Prasad… Film will star prominent names from Bollywood and South. pic.twitter.com/VQnN7sK6UL

In her two-decade-long acting career, Jayalalithaa appeared in a whopping 140 films in different languages. In the same year (1961), she debuted in a Kannada film ‘Sri Shaila Mahathme,’ as a child artist. 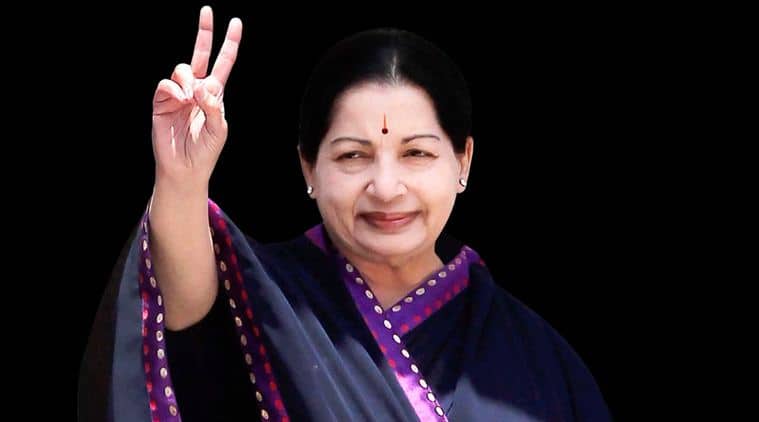 A year later, she did her first Hindi flick ‘Man-Mauji,’ where she danced in a three-minute sequence with Kumari Naaz. Two years later, in the year 1964, Amma finally started her journey as a lead actress with a movie like ‘Chinnada Gombe’ in Kannada, ‘Manushulu Mamathalu’ in Telegu and in 1965 with Tamil film ‘Vennira Aadai.’

Billion Dollar question : Who will play the role of #Jayalalithaa in her BioPic ?

If you wish a Star’s mentioned apart from the poll, reply below. #JayalalithaBiopic

Interestingly, in an interview to Simi Garewal in 1999, Jayalalithaa went on the record saying that Aishwarya Rai Bachchan would be suitable to play her on screen.

Speaking about her biopic, Jayalalithaa had said, “Aishwarya Rai would be suitable to play me in my younger days, but then to play me as I am now (back then) or I am likely to be in the future, I think it would be a little difficult.” Recently, the uncut version of the interview surfaced on Twitter.

Guess who Jayalalithaa wanted to play her role in a film about her life? And guess who she thought was the most b’ful woman in the world? 🙂 pic.twitter.com/qa4u23d7nx

It must be noted that Aishwarya Rai played the fictitious character Kalpana in ace filmmaker Mani Ratnam’s Iruvar (1997), which was loosely based on Dravidian stalwarts MG Ramachandran and M Karunanidhi. Will Aishwarya Rai essay Amma? Well, we have to wait and see.

Tamil actor Ramya Krishnan also expressed her desire to play Jayalalitha if a biopic is made on the AIADMK leader. Tamil Nadu Chief Minister and AIADMK’s undisputed leader Jayaram Jayalalitha passed away in Chennai’s Apollo Hospital on December 5, 2016. She was 68.

Whom do you wish to wear the shoes of Nayanthara ??