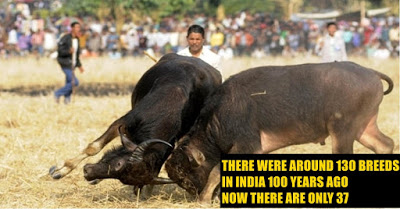 Jallikattu-Unraveling The Major Motive Behind The Ban.

Is there an ultimate truth behind the scenarios unfolding around Jallikattu. Here’s an inception of what’s happening, behind the scenes of why Jallikattu is being banned and also what cruelties happen to the bulls which participate in it. So, let’s start now. The sport of Eru Thazhuvudhal, or Jallikattu as it is fondly called, is a popular sport which is being played across the stretches of Tamil Nadu. The event which is considered as the pride of farmers involves youngsters alike men, who try to slow down the raging bull and collect the ribbon tied around the horns. The ones who succeeds in doing so is termed as the victor. Although the sport seems ferocious and cruel seen from a witness’s end, in the hearts of farmers it is adored and respected and will also be.

Initially in the year of 2011, a ban was issued by the Environment Ministry stating the usage of bulls in stage shows and sports should cease to exist. Previously the same case was existing since 1960 under the Prevention of Cruelty to Animals acts,which condemns bull races and bull fights illegal owing to the sufferings caised. Though the case did lay restrictions it became predominantly strong after the venture of NGO’s into the scene. Popular NGO’s like PETA,Blue Cross, People for Animals and Cupa decided that Jallikattu should be banned,passed a jurisdiction stating the same and has successfully won the case too, banning Jallikattu for eternity 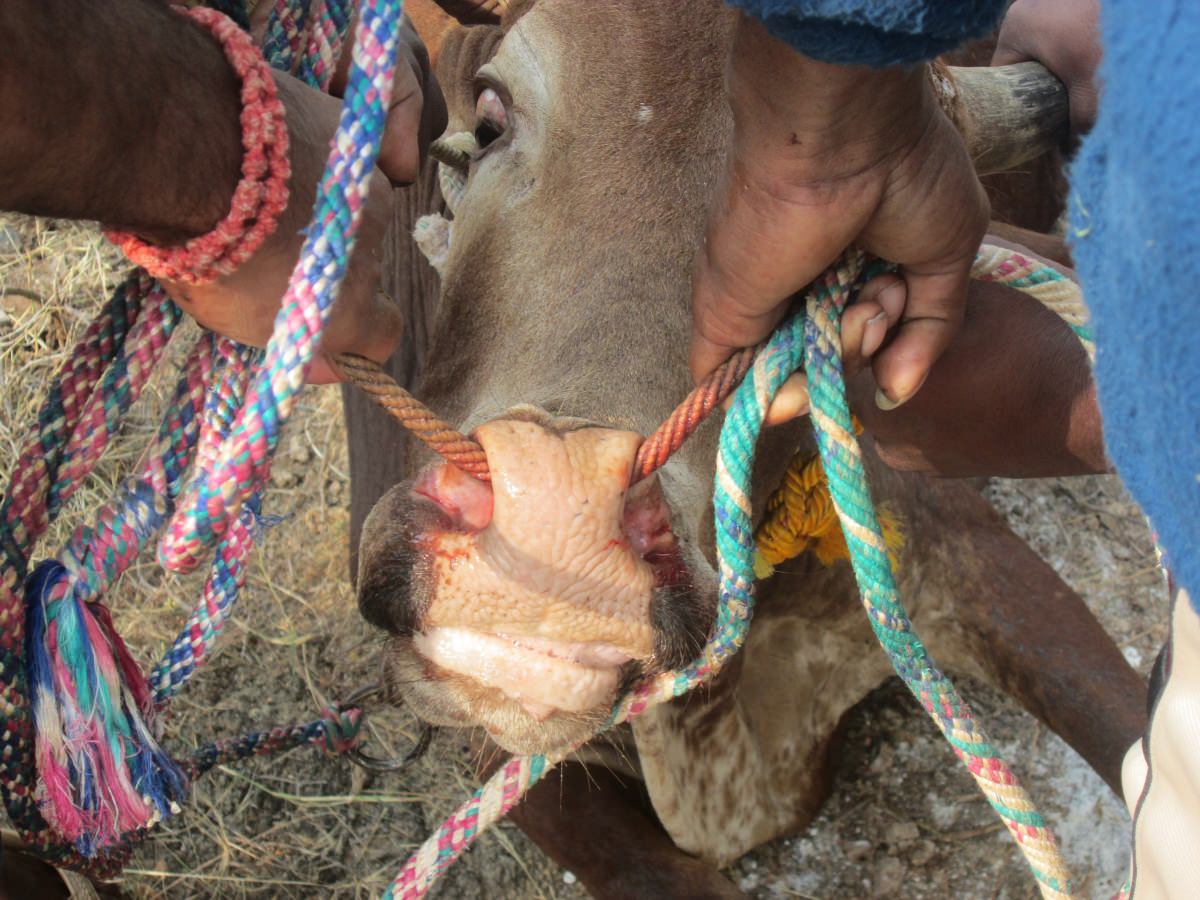 The way the sport is conducted isn’t the same as it was conducted years before. It needs to be moderated. The sport which involves taming a raging bull has a relay of events happening before the main scene. Initially, the bulls which are supposed to be participating are subjected to a series of events. These includes enraging the bull by means of mortal torture, forcing the bulls into an alcohol induced trance and many more which eventually ends up harmful for the bulls. This cruel act has to be stopped for sure and that’s why PETA and the others have joined hands together and it is our right and earthly duty as a human being to support the ban. At least that’s what the common citizen are made to believe. Although the fest has entered a deterred state of unruliness, controversially the backstage is where it takes an U-turn.

The Real Reason? And the mysteries behind it 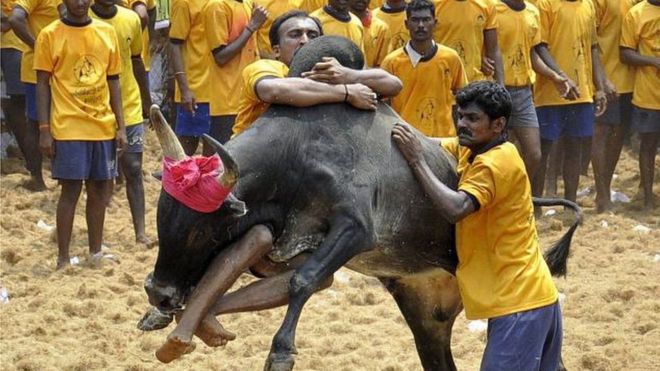 So, is there an ulterior motive to this? Peeping into the prohibited depths shows us this. Yes. There is one.

Let’s start with the most prominent one.
Prostrate Cancer.
Never heard of it right? Well because in our country where no genetically modified milk products are used the chances of entering into a condition of Prostrate Cancer is seemingly impossible. The rate of occurrence is a mere 0.01% of the entire population. Whereas, in the developed nation of the USA, the rate is an alarming 27%. In fact, there are cases where even newly born bring the cancer along with their birth. A stage where production and malfunction of testosterone is seemingly impossible this leads us to ponder into what maybe the real reason for it. Well you’ve guessed it right. Genetically modified milk. Cows are being genetically modified to produce more milk which eventually leads to this. So what does banning Jallikattu has to do with this?

Yes. Even the six native breeds of Tamil Nadu has lost one. The continuous repercussion of inducing strain into the daily way bulls and cows are handled has led to us losing the Alambadi breed and continuously more are at the risk of leading into nonexistence.

What does the NGO’s have to do with this?

Initially when the ban was laid in the year of 2014 more than 1.89 lakhs bulls were sent to the slaughter house and were slaughtered and exported. The year of 2014 saw a tremendous increase in the rate of beef export. Where wes PETA when such a mass slaughtering occurred? Or where were they when cows and bulls were constantly slaughtered around Kerala? They never raised voice to try and put an end to that. In fact no one knows the condition of around 5000 straw cows around Chennai which was adopted by Blue Cross in the recent years. And now, the World Animal Protection India are stating the household way of maintaining dairy based animals is not safe and up to the quality standards. So they ask us, the common citizen to raise our voices to move the animals into their hands. Neat move right? That’s what happens when everyone falls into their plan.
Their role is a simple one. Make us deficient of what we really own.
Constant reduction in the number of cattle and bulls owned will make us import milk and milk products from other countries. Well, look at the condition where we would be importing milk and other products which were being exported by us few years back.
We would be donned with genetically modified diary products. As a result, the rate of prostrate cancer would eventually go up and we’d be led to the state of buying from USA the solution for prostrate cancer whose tablets cost around 8000 per piece around 120 per month has to be taken for survival.
We’d be dependent on artificial insemination methods for daily breeding of cows which again would prove to be costly, something which would in turn increase the rate of milk products originated in India.
And why doesn’t PETA and the other NGO’s oppose this? Because these MNC’s are the ones which fund them. A reason which is hidden from the eyes of majority of the community.

Are these NGO’s true to their words?

Well, no would be my opinion. No views are being expressed in the field of horse racing where horses which grow short are shot down and horses which constantly lose are being shot down too. They haven’t raised their voices in these issues because the organizing of the sport and sometimes the participants are being supported are raised by some of the big shots in the society. Directly opposing them would be a huge blow to the NGO’s. So they shifted their aim of increasing the popularity by means of opposing Jallikattu, where the victims are meager farmers, ones whose cries are suppressed easily.
When Blue Cross approached the citizens for donation to protect animals during the Chennai floods it had 1.39 crores in it’s fixed deposits.
The profit of the Non Governmental and Non Profitable Organization PETA for the year 2015 was around 300+ crores.
The chairperson of PETA Poorva Joshipura is an american citizen.
Letting people of a country which wants to dominate our markets by making us dependent on them is the first indication of defeat, not failure to protect animals.
Unless we join hands and raise voice against this, the country and it’s citizen’s future are at stake. The least you could do is start raising voices against the ban on Jallikattu. Although the way it is being conducted has deterred with time banning the entire sport in turns banishesmany a people whose lives are dependent on it and may also lead to the extinction of many local breeds. Although the deterred democracy wouldn’t necessarily heed to the needs of the nation, let us hope at least the voice of the mass would make them evoke a change. One which would lead to unraveling the mishaps happening behind these NGO’s because when a non profitable organization decides to seek profit, it shows the current stance of corruption in the country.

The petition in change.org to ban the ban on Jallikattu.
https://www.change.org/p/prime-minister-of-india-save-jallikattu-ban-peta

Peta-people for ethical treatment of animals which opposed Jallikattu and claimed a ban on it is not an Indian organization.It was started in American countries on 1980s.They expose themselves as a sanctuary for abandoned animals roaming on streets. By using the word “Euthanasia” they kill traditional animals in favour of Mnc’s. This was proved by Mr. NATHAN WINOGRAD in “HUFFINGTON POST” News aggregator. Speaking truth only in america animals are grown as slaves. Here they use hormone injection over the animals to increase their weight and cholestrol content.Inorder to supply processed meat to chain of restaurants and food corporations these farm owners kill animals without any mercy. Without opposing this the peta shows interest in ban on Jallikattu. Meaning, the American economy should not be affected, but India’s Dairy market should be paralysed. This is the motive for peta on this plot. SOURCE COURTESY :- ‘DINAKARAN’ 15.01.2016

Previous articleDiscovered!!! New Organ classified in Human Body!!
Next articleExchanging Daughter For New Wife? This System Would Surprise You.

Tamil Actress Exposed The Guy Who Sent Pictures Of His Private Part !! DISGUSTING !!

Shalu Shamu who was in limelight weeks ago for revealing about a director of Vijay Devarakonda movie who approached her to sleep with him,...

A class 12 student named Srimathi who was studying in a private higher secondary school at Chinna Salem near Kallakurichi in Tamilnadu died by...