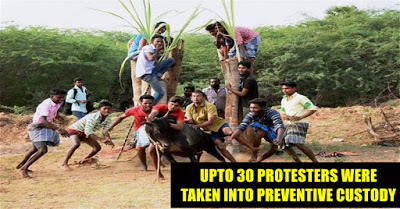 Owing to the ban issued by the Supreme court, a large number of cops were stationed on the outskirts and villages of Alanganallur, Avaniapuram, Palamedu.

Although the Supreme Court has ordered Jallikattu should not be conducted across the state, few patrons of the age old tradition have conducted a protest in the form of Jallikattu here in Karisalkulam village near Madurai.

5 bulls were let out amidst a cheering crowd by a group of youngsters who are volunteering the revolt against the ban of Jallikattu. The protest went on for few more hours and no arrests were made on that event.

However, Several supporters of jallikattu were on Saturday taken into preventive custody near here for allegedly trying to defy a ban on the traditional bull taming sport associated with Pongal festivities.

According to the ANI report, the state police first lathicharged protestors who have been agitating against the ban in the Madurai’s Avaniapuram area. 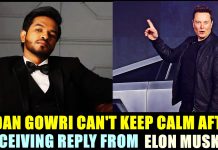