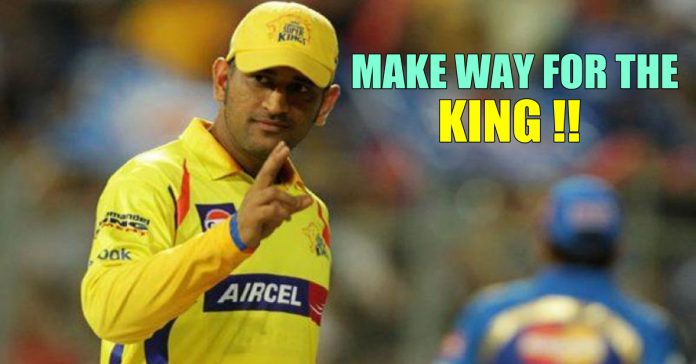 The Indian Premier League (IPL) governing council, on Wednesday (6/12/2017) , announced that franchises can buy back a maximum of five players from their last year’s squads.

“An IPL Franchise is eligible to secure up to 5 players by virtue of a combination of Player Retention (Pre Player Auction) and Right to Match (RTM) (During the Player Auction),” BCCI Acting Secretary Amitabh Choudhary said in a statement after the meeting.
For the uncapped players, the price limit has been increased from 10 lakhs to 20 lakhs, 20 lakh to 30 lakh and 30 lakh to 40 lakh with the last one being the upper limit.

Chennai Super Kings and Rajasthan Royals will be allowed to retain players from 2015 squad that did not play in any other team which means that CSK’s iconic player Mahendra Singh Dhoni is all set to come back to them.

“The player pool available for CSK and RR for retention/RTM will be the players’ who played for them respectively in IPL 2015 and who were part of RPS and Gujarat Lions squads in IPL 2017,” he added.

RTM refers to a franchise’s right to match the highest bidder for a player.

The IPL Governing Council also hiked the salary budget of the franchises from Rs 66 crore to Rs 80 crore for the next year’s auction, tentatively set for February.

“The minimum spend will be 75 per cent of the salary cap for each season,” the BCCI stated.

According to a report published in the Times of India, on December 5, one of the executives of a franchise was vying hard to ensure that Rajasthan Royals, and Chennai Super Kings (CSK), who are coming back after two years, do not get to retain any players.

IPL Chairman Rajiv Shukla, however, did not divulge any information after the first GC meeting.

“The meeting went off well. The idea was to invite actual team owners and solicit their views now that 10 years have concluded. Lot of things like retention, salary cap, squad strength were discussed. Majority of the owners want player retention. I think we will be able to finalise the details in a fortnight,” Shukla had said.

Earlier, according to a Cricbuzz report, it was understood that franchises will be allowed to retain a maximum of three players and further retention could be made by exercising the ‘Right to Match’ option.