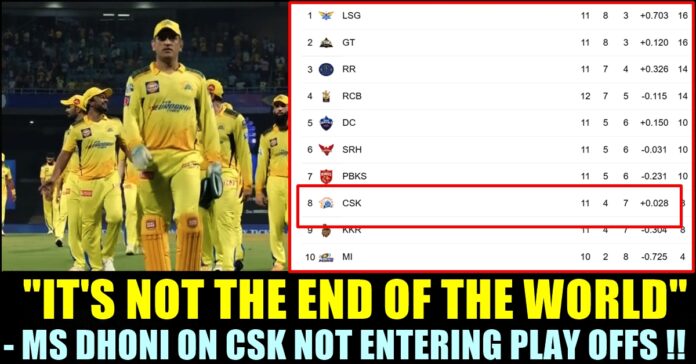 Team Chennai Superkings registered a massive win against Delhi Capitals on Sunday and moved on to the 8th position for the first time in the IPL 2022. David Conway who opened for the team helped the team to get past the 200 mark and the bowlers of the Dhoni led team restricted Delhi within 117 runs to taste a mammoth victory. 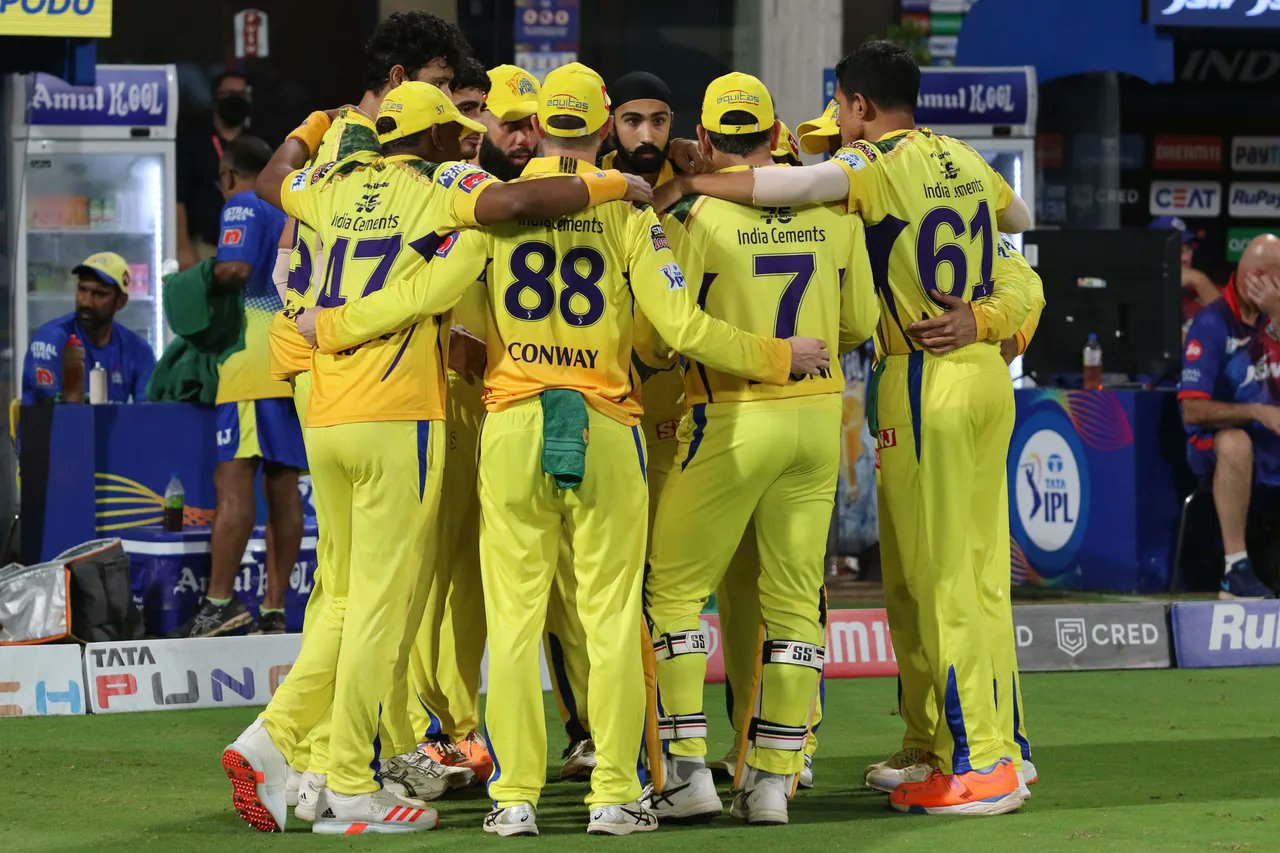 However, the team’s probabilities to enter the play offs is very less as it already lost 7 matches out of the 11 it played so far. Captain Mahendra Singh Dhoni, while talking to Murali Karthik in the post match presentation, said it is very good if CSK entered the play offs and added that it is also good to enjoy the rest of the tournament if the team failed to do so instead of staying in pressure while two different teams are playing.

The seasoned cricketer also said that it is not the “end of the  world” denoting that the team will prepare for the next season and would look for ways to win it. The defending champions who brought their run rate to positive from negative due to the huge victory of 91 runs, will get 14 points if they win the next three games.

“I am not a big fan of maths. Even in school I wasn’t good at it. Thinking of the NRR doesn’t help. You just want to enjoy the IPL. When two other teams are playing, you don’t want to be under pressure and thinking” Dhoni said while addressing about the complications in Chennai Super Kings entering the playoffs.

“You just have to think about what to do in the next game. If we make the playoffs, great. But even if we don’t it’s not the end of the world” Captain of the defending IPL team added in the post match presentation.

“It was a perfect game. The batters did really well. It was a toss where we wanted to win and field first, but in the heart, I was fine to lose the toss. The ball stops and comes, and it behaves only after 13-14 over” Dhoni said while talking about the victory of the match.

“Everybody contributed a bit. Runs on the board really help, and it was important to restrict their big-hitters. Both Simarjeet and Mukesh have taken time to mature. They have the capability, the more they play, the better they’ll get at game sense. It is ultimately about reading which is a good delivery to bowl and which is a delivery to not bowl. In T20 cricket, it is all about knowing which delivery not to bowl” The CSK captain further added who smashed 21 runs in just 8 balls.

Previous articleSivakarthikeyan Responds To Hindi Imposition In Tamil nadu!!
Next articleYogi Babu Reacted To A Negative Comment After Joining The Cast Of Thalapathy 66 !!