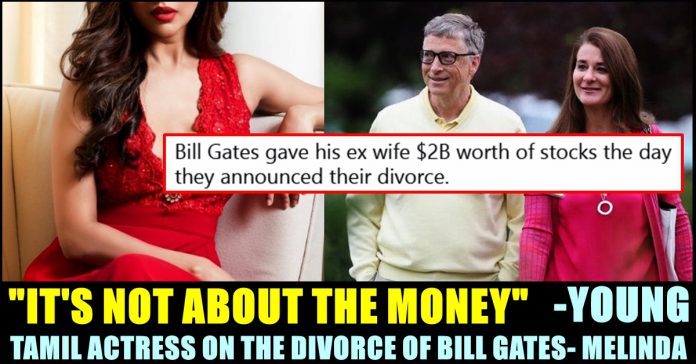 Bill Gates, co-founder of Microsoft and his wife Melinda Gates made the headlines across the globe by announcing about their divorce after 27 years of their marriage life. The couple said that they made this decision after giving it a “great deal of thought”. However, the duo said they will continue to work together on philanthropic issues through their Bill and Melinda Gates Foundation.

“After a great deal of thought and a lot of work on our relationship, we have made the decision to end our marriage. We have raised three incredible children and built a foundation that works all over the world to enable all people to lead healthy, productive lives.” read their official statement which was released in Twitter.

“We continue to share a belief in that mission and will continue our work together at the
foundation, but we no longer believe we can grow together as a couple in this next phase of our lives. We ask for space and privacy for our family as we begin to navigate this new life.” the statement further read.

This announcement from the 65 year old created a flutter around the world by announcing about their divorce. Among the millions, Tamil actress Raiza wilson who is known among Tamil audience through her participation in Bigg Boss season one, uploaded the pictures of Bill gates-Melinda, Elon Musk-Justine Musk, Jeff Bezos-Mackenzie scott, said that it is proved that money isn’t all about money.

After 25 years of marriage and four children, Jeff and Scott got separated saying “After a long period of loving exploration and trial separation, we have decided to divorce and continue our shared lives as friends.”. Elon Musk, the billionaire Tesla and SpaceX boss divorced Justine Musk after having five children together.

Sharing the pictures of the three couples, Raiza wrote “Proof enough ! It’s not about the money” in her post. Check out the screen shot of her story below :

Along with this. many people from across the world reacted to the divorce of Bill and Melinda in different ways. Many women funnily posted the screen shots of themselves sending texts to Gates, impressing/approaching him to get married. Check out some of the reactions below :

So weird man, the minute the Queen is available Bill Gates wants a divorce … pic.twitter.com/eqJrnmXVry

Bill Gates gave his ex wife $2B worth of stocks the day they announced their divorce. ⁣
⁣
What did your ex give you? ⁣
⁣
STRESS AND TRUST ISSUES.

Bill Gates taking Melinda Gates taking
his half of their her own half of
net worth their net worth pic.twitter.com/zsSZRZwrmy