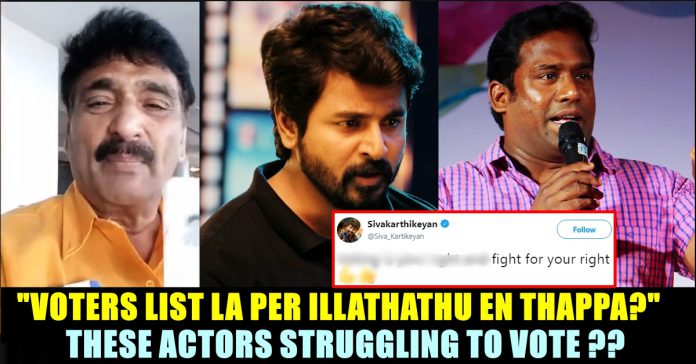 “Is This My Fault??” These Kollywood Actors Fighting To Get Their Voting Rights !! WATCH VIDEO !!

Almost six crore voters will be exercising their franchise in Tamil Nadu when the State votes for 38 Parliamentary constituencies and bypolls to 18 Assembly constituencies on Thursday.

It is essentially a fight between the AIADMK-led alliance which includes the BJP, PMK, and DMDK among others, and the Secular Democratic Front (SDF)-led DMK, along with the Congress, VCK, MDMK, and the Left parties.

The Dhinakaran-led AMMK, Naam Thamilar Katchi, and actor-turned-politician Kamal Hassan’s MNM are also in the fray.

Many Kollywood celebrities including Rajinikanth, Surya, A.R Rahman voted for their favourite party and posted the picture in their official twitter accounts as an awareness to their fans. Meanwhile to our shock, one of the emerging actors in Kollywood Sivakarthikeyan’s name missed in the voters list. 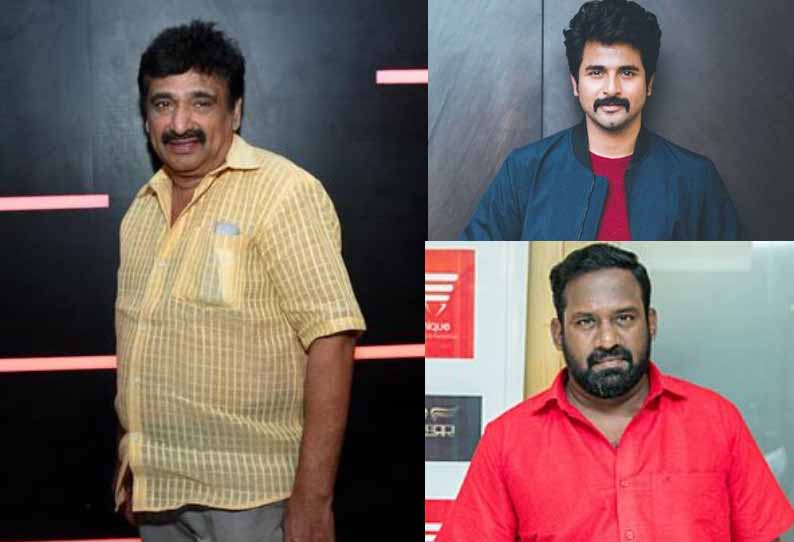 Not only Sivakarthikeyan, Veteran supporting artist Ramesh Kanna and Comedian Robo Shankar’s named also not found in their respecting Voting booth’s Voters list. Sivakarthikeyan was supposed to vote at 8 am in Good Shepard school, Valasaravakkam. In booth no.303, Sivakarthikeyan’s wife Krithika’s name took place in the voters list where as the actor’s name missed out. As a result of this Shiva couldn’t able to cast his vote till noon.

According to NDTV report, it is said that that actor’s Voter ID details might be missed out in the Election commission’s website. Siva contacted Election commission authorities and casted his vote after long struggle. After voting, he shared it in his official twitter account showing his inked finger with the caption “Voting is your right and fight for your right 💪👍”

Voting is your right and fight for your right 💪👍 pic.twitter.com/lYyu2LyWKZ 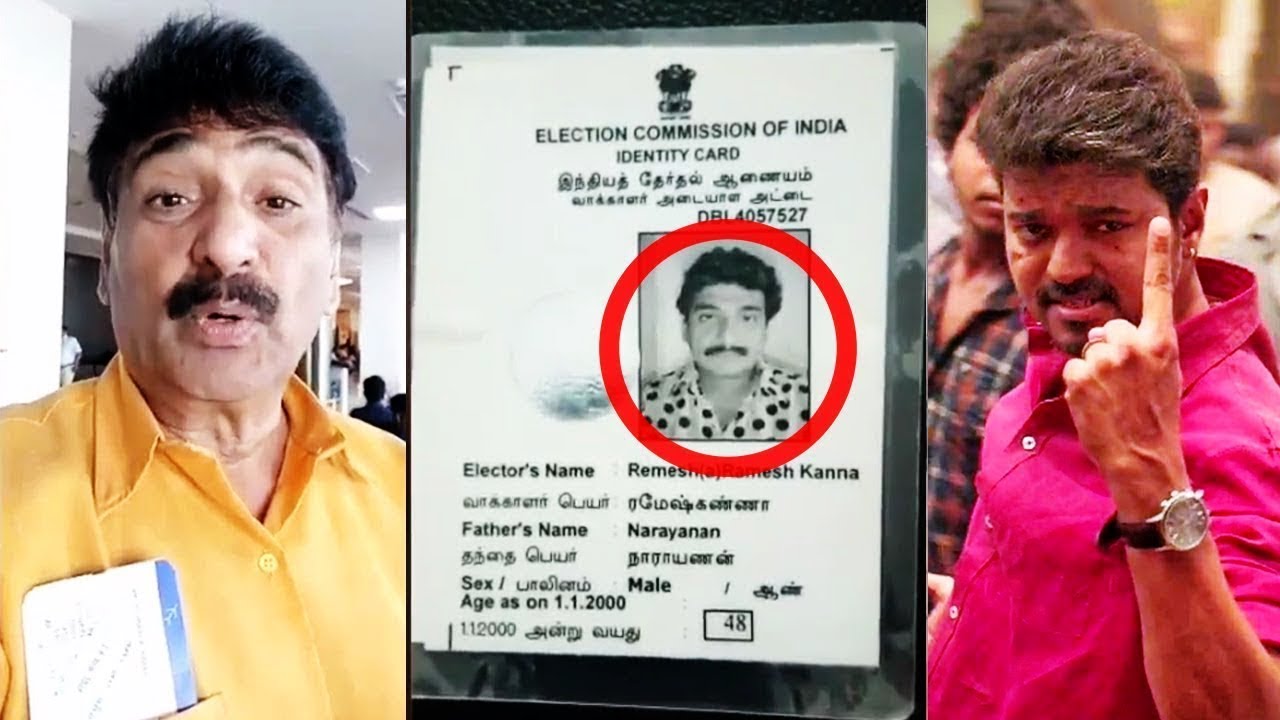 Actor Ramesh kanna went one step ahead and posted a selfie video complaining the authorities for being careless. “Is it my fault that my name missed out in the voters list ?? I do have my voter ID and voted for 4 to 5 times in this same booth. As i am leaving to Nagercoil today, I made by presence at 6 o clock in the morning. After making me wait for 1 hour they searched and said that my name was not in the voters list. Like in Sarkar movie, Do I have to make an issue out of this??” the actor asked in the video.

In the similar way actor Robo Shankar’s name also missed out from the voters list according to reports. According to Returning Officers from the 10 Lok Sabha constituencies in the south Tamil Nadu – Theni, Dindigul, Madurai, Virudhunagar, Ramanathapuram, Sivaganga, Tenkasi, Thoothukudi, Tirunelveli and Kanniyakumari, the polling percentage had almost touched or marginally crossed the 50% mark by 3 p.m.
What do you think on this issues faced by the people ?? Comment your views below !!

Previous articleFrom Aniruth To Superstar Rajinikanth, Video Of Celebrities Casting Their Votes !!
Next articleSHOCKING : Man Chopped Off His Own Finger After Voting For BJP Mistakenly !!

It was director Shankar’s long-time dream to deliver a quality science fiction film and put India on a global map. It is safe to...

Mohammad Rizwan, a 23 year old food delivery boy who was trying to deliver food to a woman named K. Shobana died after her...