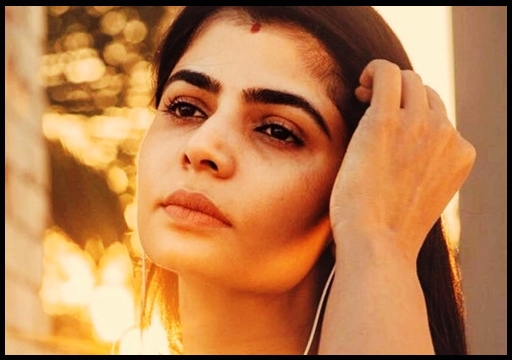 “Is It Good To Mast*rbate Once In A Month ?” -Follower Questioned Chinmayi !! Singer Replied

Ina  question and answer session Chinmayi conducted with her Instagram followers on Friday, she received various kind of questions from different followers. The singer who is known for raising voice against the injustices that are taking place against women, answered to many female followers of her who complained about the physical/mental harassment they are going through by their in-laws or own family members.

She also denied to give suggestions to a follower who asked her to suggest any home remedy for her deficiency in her pregnancy. Being a most prolific singer, Chinmayi is known for raising voice against the sexual harassment that are taking place against women and never missed to expose men who involve in abusing women verbally, physically.

Ever since accusing the most influential lyricist, Chinmayi is also becoming a subject to online troll and criticism. However, Chinmayi didn’t stop calling out miscreants who involve in abuse/harass women through digital platforms and in person. On Friday, the singer conducted a question and answer session with her 8 lakh plus followers. To a woman who asked suggestion about a husband who hit her thrice, Chinmayi advised her to speak to a counsellor and said that the husband needs help. 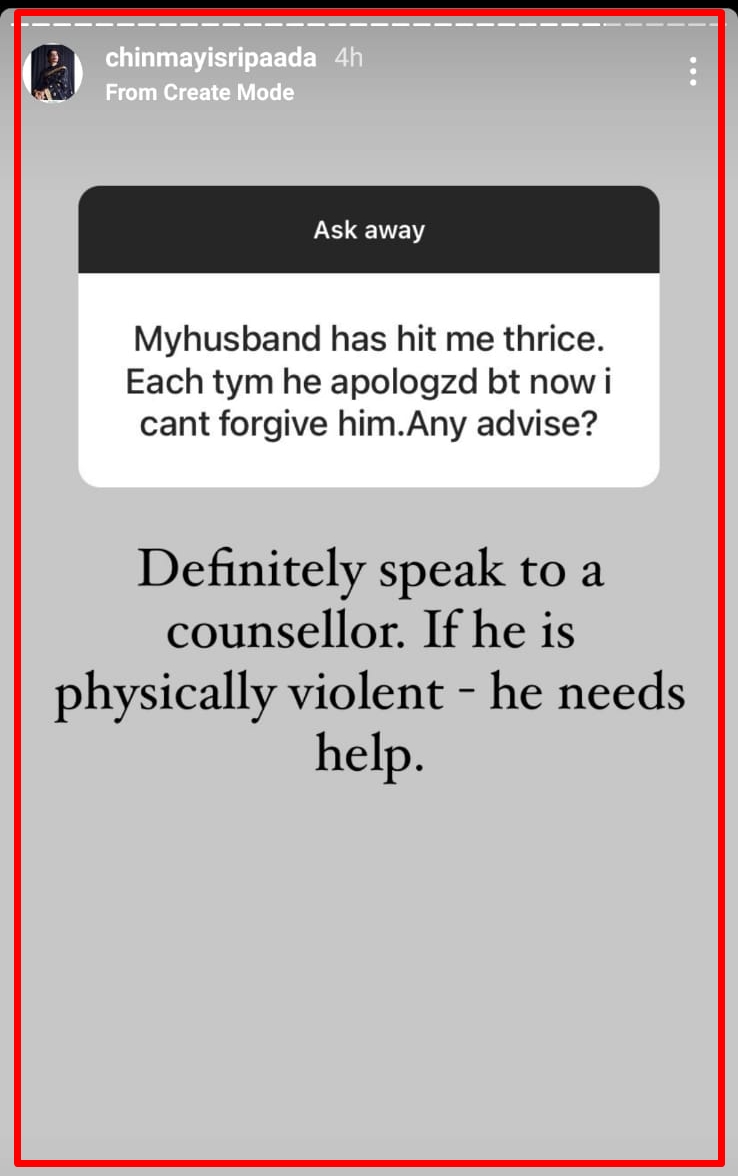 Another follower said that his/her mother is verbally abusing her and asked whether he/she should “tolerate” or “keep distance”. Replying to the question, Chinmayi said that there is no need of tolerance and suggested to ask her mother to take therapy. 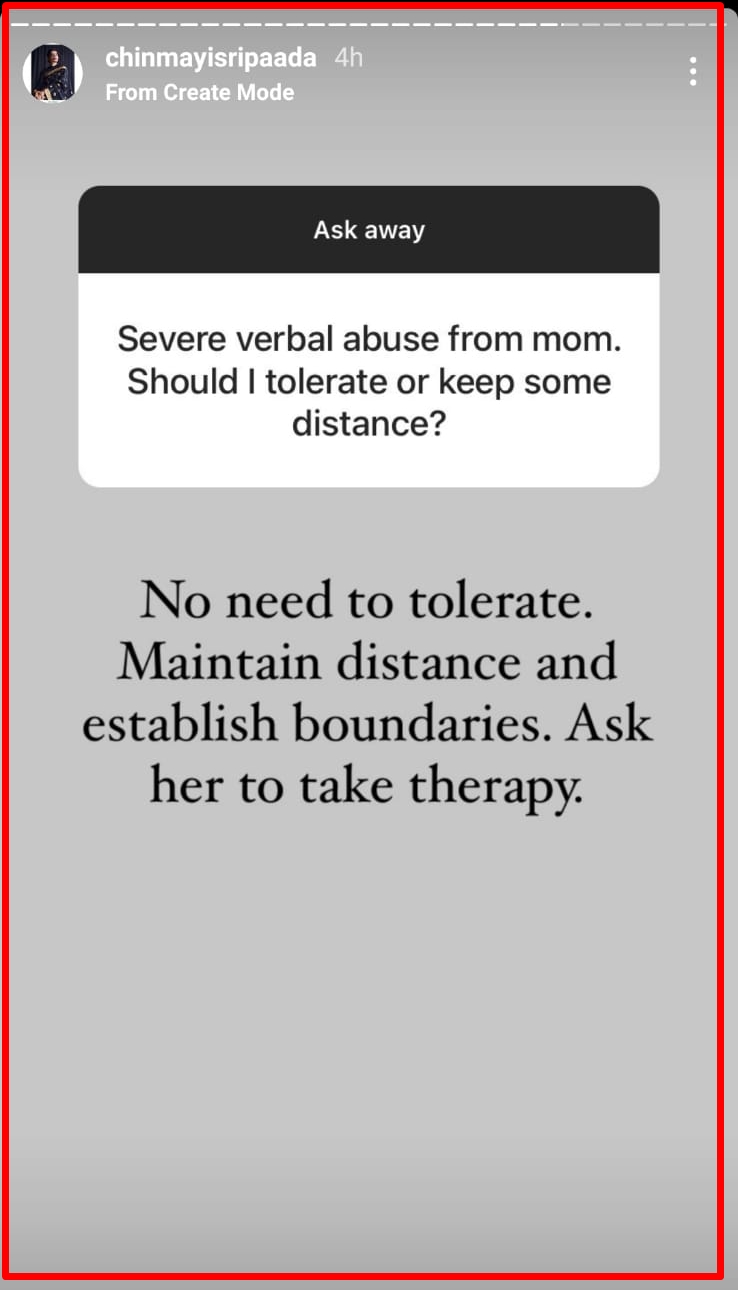 One more follower complained about her boyfriend who abused and forced her to have sex with her. Here’s how Chinmayi replied to that follower : 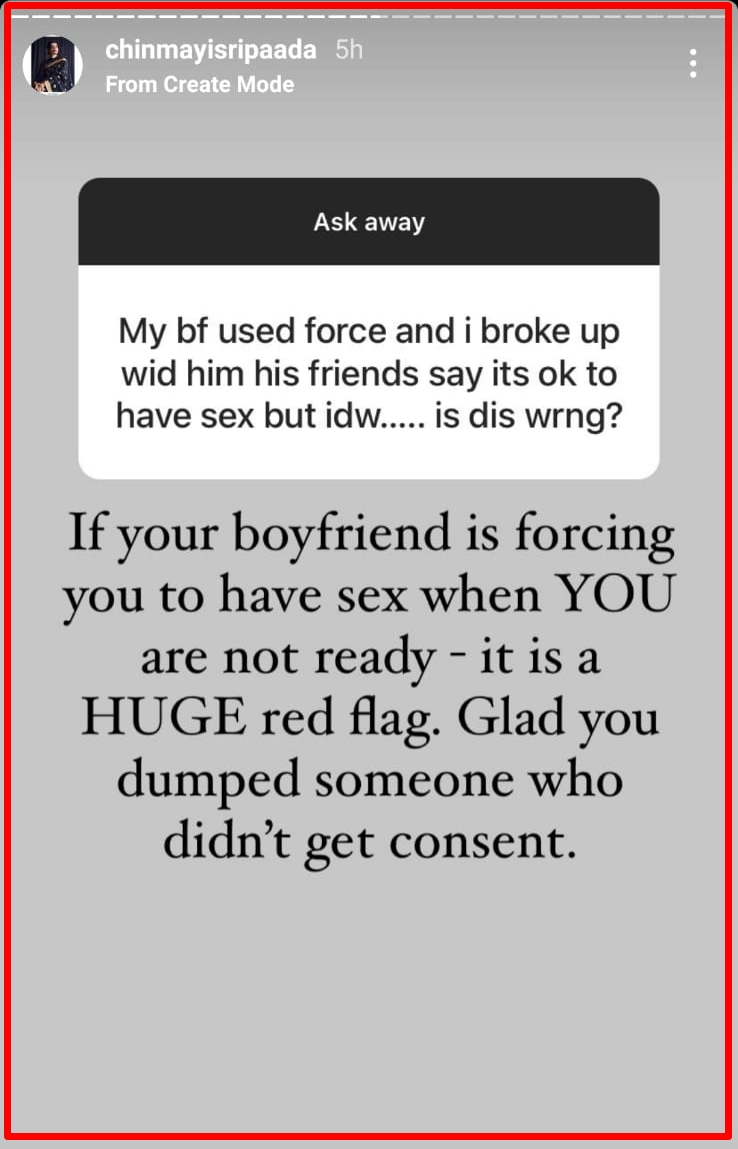 Here’s the screen shot of the question and Chinmayi’s reply : 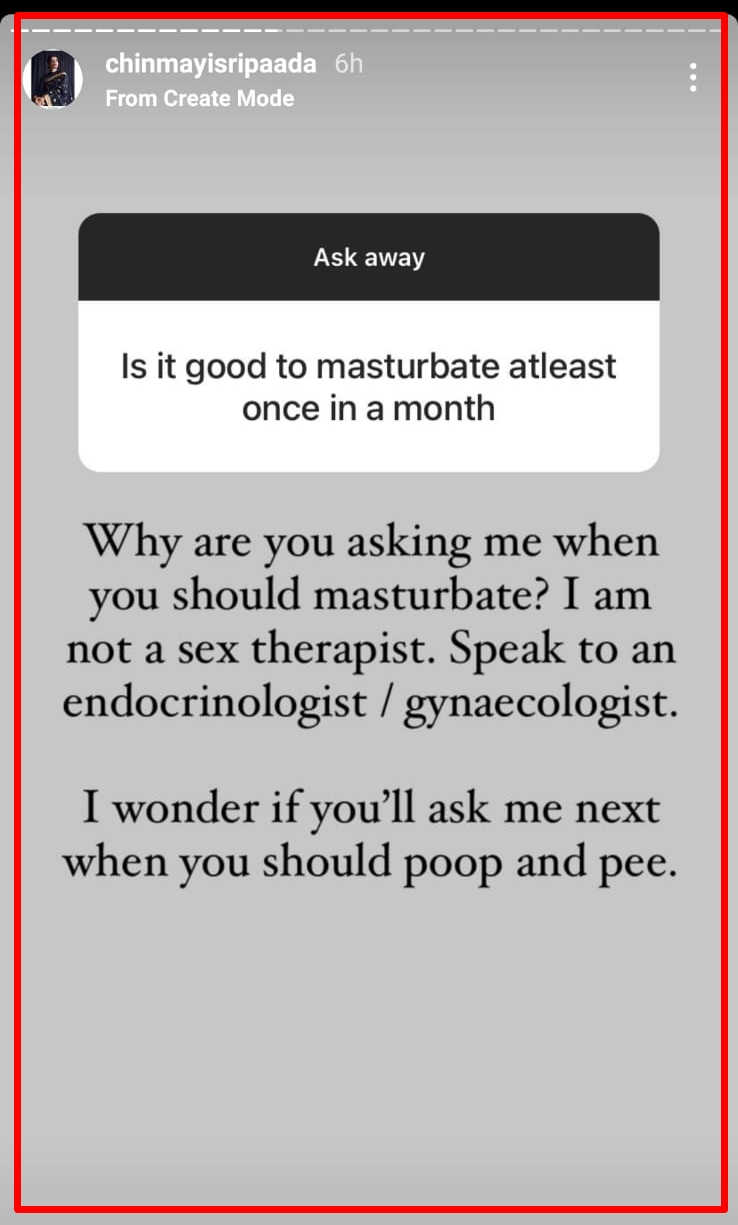 She also replied to some of her other followers who asked whether loving a divorce lady is an offense and about gender equality. Check out some of the other questions Chinmayi answered to : 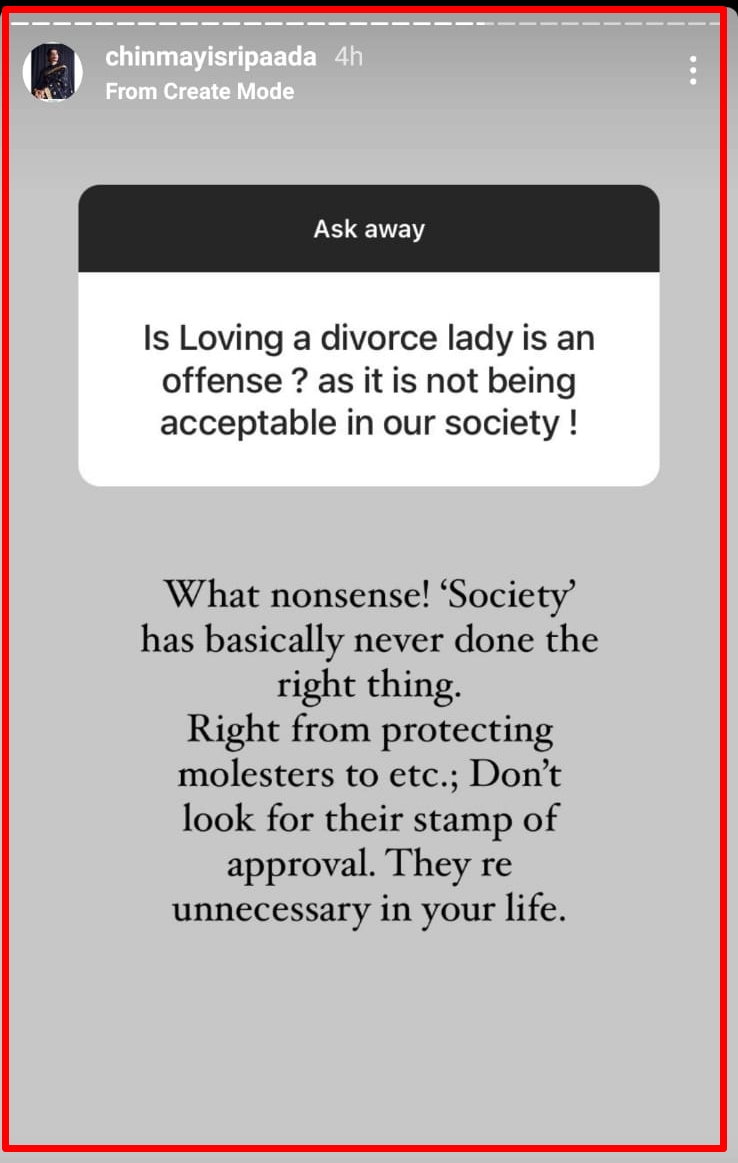 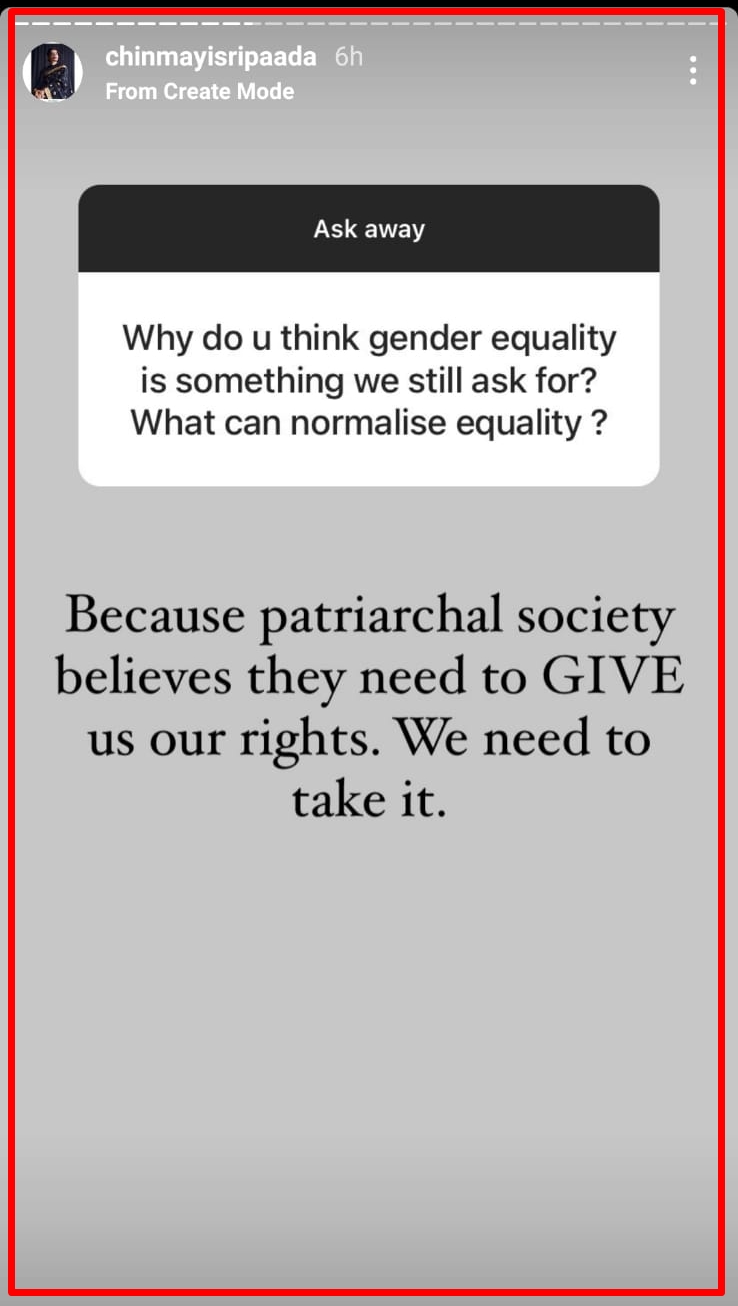 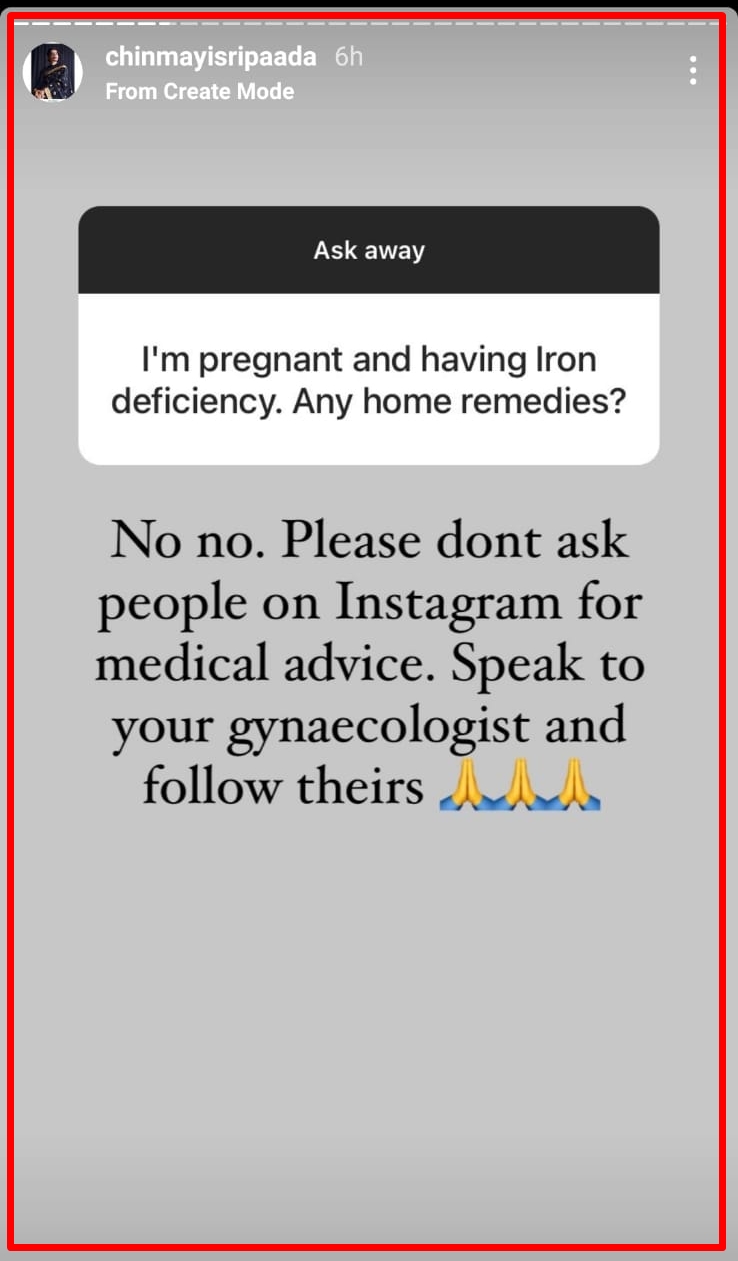 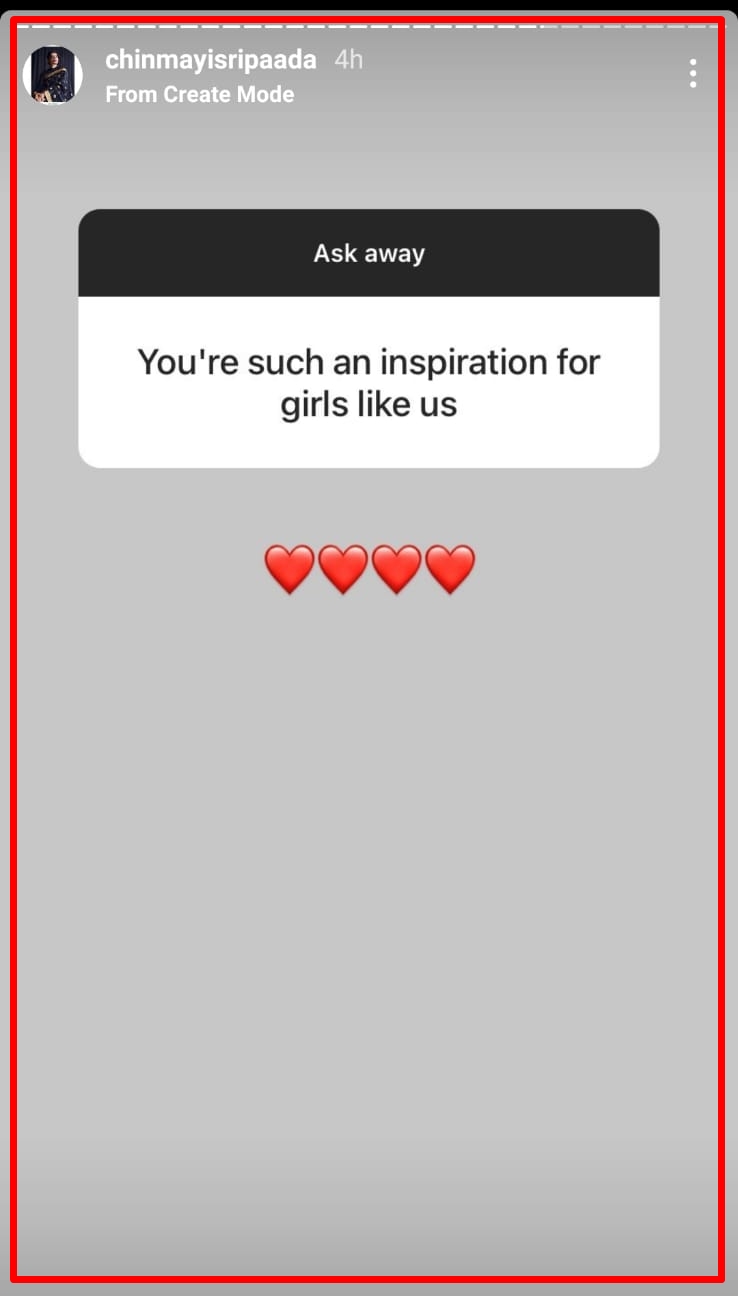 Which Party Has The Most Number Of Candidates With Criminal Cases ?? Check Out

A study done by Association of Democratic Reforms (ADR) and National Election Watch has reported that 13 percent that is 466 candidates of 3,559...

Heavy Traffic Saved Man’s Life Within 7 Minutes!! Check Out How !!

India is a country with the second largest road network in the world. Out of the total stretch of 5.4 million km of road...