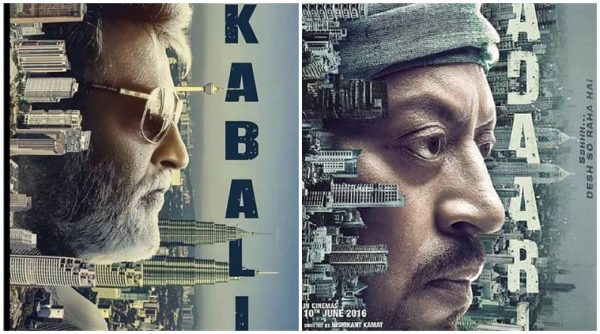 Even you must have seen these posters of Rajnikanth’s movie ‘Kabali’ & Irrfan Khan’s upcoming movie ‘Madaari’!

If you have seen both the posters, you would see that both of them are exactly the same i.e. with faces of lead actors Rajnikanth and Irrfan Khan and numerous skyscrapers and buildings standing horizontally.
While promoting his movie in a mall in Mumbai, Irrfan Khan was asked about these 2 movie posters, on which he said
“Even I didn’t know that. We are small filmmakers, I saw that Rajinikanthji’s film stole the poster of our film. You see his film’s poster and see our film’s poster. No big deal about it. Watch his film and watch our film, too.”
Irrfan Khan did say that Rajinikanth ji movie stole our poster but he didn’t know that it is not an official poster. The poster of ‘Madaari’ is an official one, but Kabali’s poster is FAN made. Irrfan Khan actually thought even Kabali’s poster is an official one. Fact is, some fan made similar poster of Kabali after seeing the poster of Madaari. So blaming Rajinikanth or Kabali makers is totally wrong!
Here are official posters of Kabali that Rajnikanth had shared on his Twitter account! Have a look!

So guys what do you have to say about this? Do let us know in our comments section below!
News Source 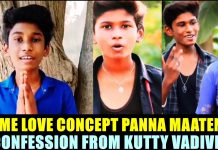