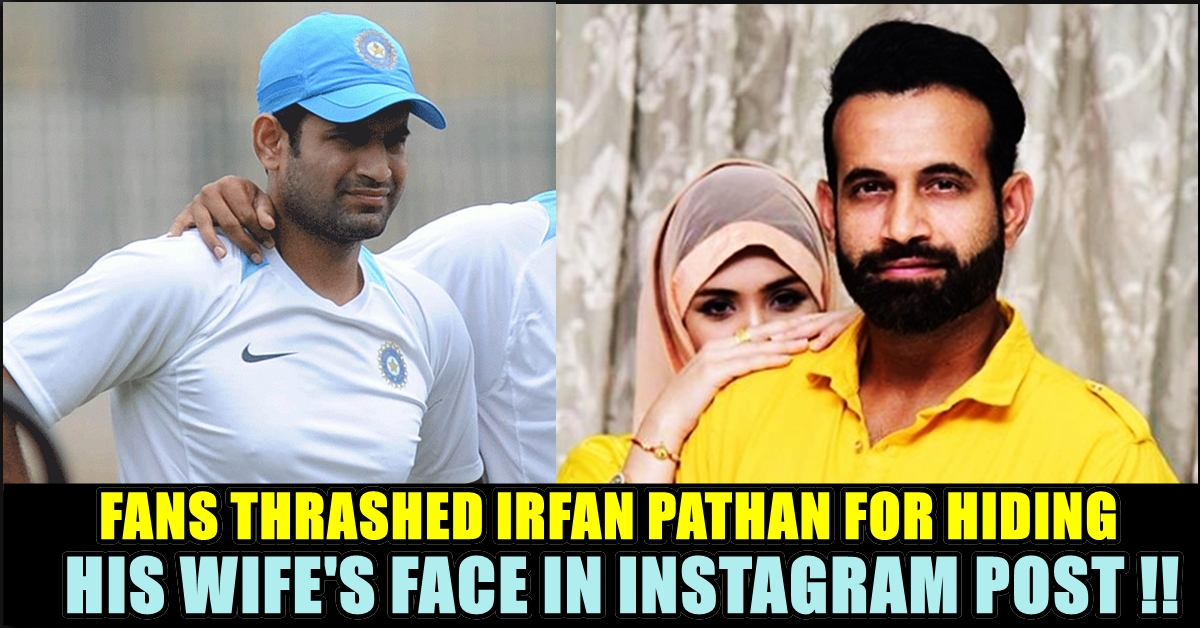 After a long time, Irfan Pathan is in the news, not for his cricket skills but because of his wife. Being a celebrity, be it an actor or cricketer, is not a cakewalk. It comes with a lot of flaks and backlashes. In the era of social media, people don’t shy away from posting their opinions and targeting celebrities. Irfan broke a million of hearts when he said qubool hai to a Jeddah-based model, Safa Baig on February 4, 2016. On March 8, 2016, the newly-wedded couple hosted a star-studded wedding reception. Irfan and Safa are blessed with a baby boy, whom they named, Imran.

Yesterday the cricketer posted a picture with his wife. The picture showed his wife standing behind him hiding exposing only the eyes. Having more than 11 lakh people as followers in Instagram, the cricketer is pretty much active in this social media site. He is seen posting pictures and videos of him constantly. 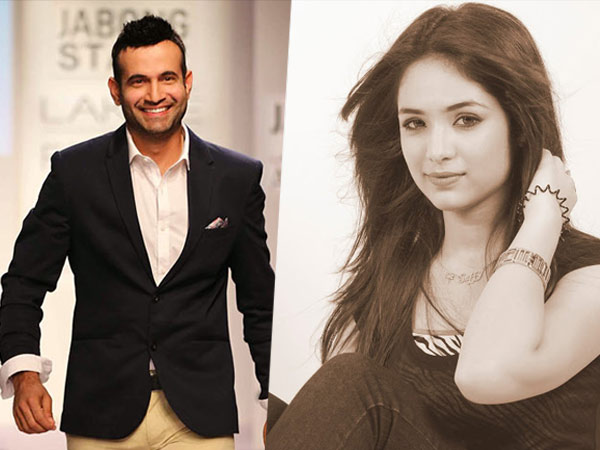 Now this picture received a major number of negative comments despite the cricketer being the most loved by everyone. The reason is nothing but for being so religious. Check out his post here :

Though many appreciated Irfan for this, equal number of comments criticized him as well. Check out them here : Irfan’s wife Safna was a model and has worked as journalist too, media reports claim. According to an India Today report, she has worked in a PR firm as an executive editor and was featured in several prominent fashion magazines in the Gulf. Safa was born on February 28 , 1994 and has four siblings, according to a report in International Business Times. Safa was just 21 when she tied the knot with Irfan. They married in a simple ceremony in Mecca. Reportedly, Irfan and Safa met in Dubai. 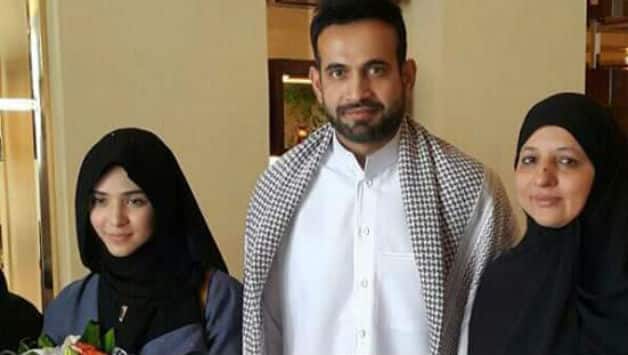 However this is not the first time Irfan Pathan being questioned for covering his wife’s face in a picture. Almost in very picture of the couple in social media would show the wife covering her face.

You are my friend today,forever and I love you #friendship #kashmir

Beginning his career as a fast-medium swing and seam bowler, Pathan broke into the national team soon after turning 19, and evoked comparisons with Pakistan’s Waim akram with his promising performances and prodigious swing. The seam bowler played for Chennai Super Kings at last season. In recent interview he said “I am just 33 and I still have a lot of time. Since I didn’t play in the last domestic season, for whatever reasons, I knew IPL wasn’t coming. It’s all about current form. I wasn’t playing so I can’t expect people to know about my form. I have been asked to take up commentary since long now.”

To Teach Him A Lesson, Woman Chopped Off His Penis With The Help Of 2 Friends !! BIZARRE !!
For Coming Late To School, This Private School Teacher Punished Students By Stripping Them !! SHOCKING !!