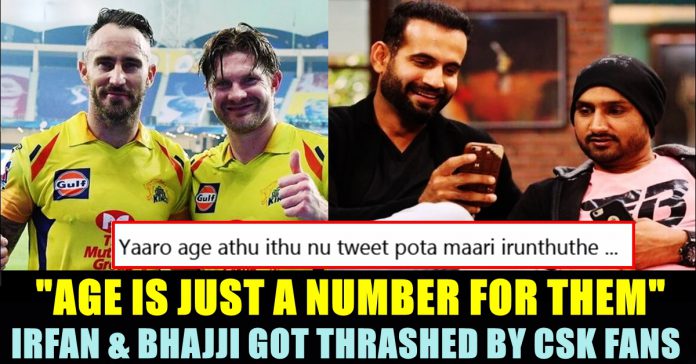 After CSK’s outstanding victory against the Punjab team, observers of the IPL tournament are wishing the team for their flawless batting performance. Chennai Super Kings, after losing three back to back matches, chased 178 runs posted by Kings 11 Punjab with 14 balls to spare by having all the 10 wickets in hand. Watson and Faf’s partnership made the team to register their victory in style. Fans of the yellow team had a sigh of relief as their combination looked so bad last week.

Legendary cricketer Sachin Tendulkar wrote “Comprehensive win by
Chennai Super Kings, KL Rahul and Nicholas Pooran played well to put a decent total on the board but the way Shane Watson & Faf du plessis batted, they’ve made this chase look rather easy. Well done #CSK.” in his tweet to laud the team which won IPL trophy for three times.

Comprehensive win by @ChennaiIPL. @klrahul11 and @nicholas_47 played well to put a decent total on the board but the way @ShaneRWatson33 & @faf1307 batted, they’ve made this chase look rather easy. Well done #CSK.#KXIPvCSK #IPL2020

Followed by this, many other cricketers including Scott Styris lauded the team. Former CSK players, Irfan Pathan and Harbhajan Singh also posted tweets appreciating the team. However, their tweets didn’t go well among the fans of the team due to their earlier tweets regarding the match that lost by CSK against SRH.

In that match, unlike previous occasions, Dhoni missed to connect the ball well and became a subject to the attention of social media. In the final moments of the match, Dhoni found it difficult to middle it and Team Chennai Super Kings failed to chase the score.

Reacting to the match’s result, Irfan Pathan posted a tweet writing “Age is just a number for some and for others a reason to be dropped…” , targeting Dhoni and the decisions he made in the past. Check out his tweet below :

Check out the tweets Irfan and Harbhajan posted after Chennai registered their victory against Punjab.

Fantastic come back by #csk bowling was so much better on this flat deck. #Shardul #watson #faf

These tweets triggered the fans of CSK who believed that Watson is also an aged cricketer similar to Dhoni. “For some age is just a number to come back and thrill everyone but sadly for some its AN EXCUSE TO CRITICISE YOUR OLD MATE WHO STILL CHALLENGING THE WORLD.” said one of a fan on seeing these tweets of Harbhajan and Irfan.

Check out some of the similar comments below :

Age is just a number for our kings 🤫 pic.twitter.com/XwIyTjm2tR

Now U Know What Was Difference Between Age & Player Performance ??🤫🤫🤫 pic.twitter.com/Vd6lrkTPEj

For some age is just a number to come back and thrill everyone but sadly for some its AN EXCUSE TO CRITICISE YOUR OLD MATE WHO STILL CHALLANGING THE WORLD.

Comment your views on these reactions being received by Harbhajan and Irfan !!