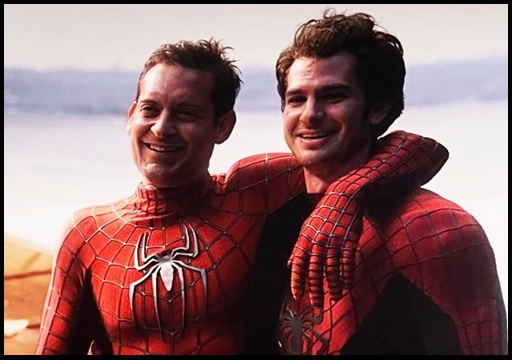 The new part of “Spiderman” franchise named “No way home” released in theatres recently with much expectations among the fans of the Super hero character. The film is running successfully in theatres and saw the Spidermen of all the universe for the first time together. Tobey Maguire who played Spiderman in the inaugural trilogy of the movie franchise, Andrew Garfield who gained wider recognition for playing Spiderman in the 2012 superhero film The Amazing Spider-Man and its 2014 sequel and Tom Holland who is playing Spiderman currently appeared together for the first time. 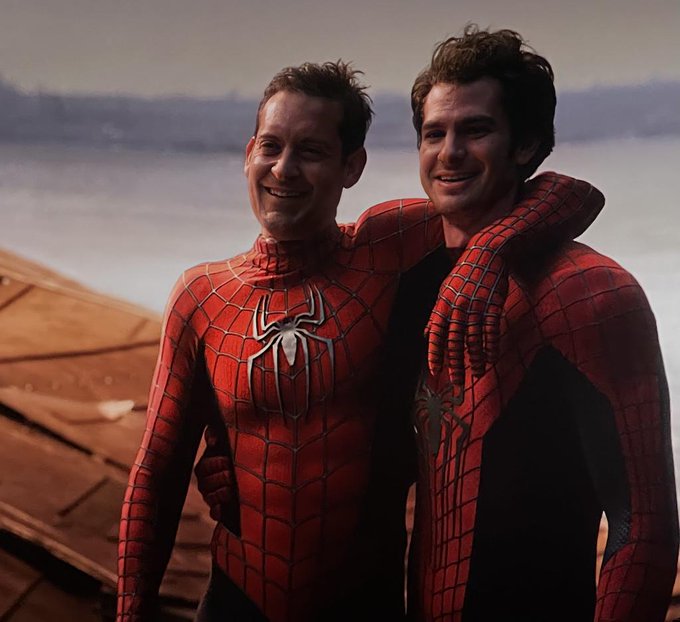 The film is being received well by the audience and is running successfully across the globe. Fans are busy reviewing the film and many could be seen cherishing the moment where all the three spidermen shared screen space together. Meanwhile, Andrew Garfield who played Spiderman in two parts, became a centre of attraction for the way he denied his presence in the movie prior release.

In many interviews, Andrew completely denied acting in “Spiderman-Now way home” and went on to state that a picture that got leaked was a photoshopped one. Watch the video below :

Just a compilation of Andrew Garfield denying that he is in NWH (part 2) pic.twitter.com/7nWhg2aBlj

Andrew Garfield continues to deny a rumoured appearance in #SpiderManNoWayHome.

“I’m not in the film, I love Spider-Man, always have and I was so lucky to play the part. And I’m so excited to see what they do with the third one” pic.twitter.com/XguwyRbLj3

Now, after witnessing him in the movie, many fans started trolling the actor for giving his everything to hold the surprise for the audience. A fan said that Andrew would still continue denying acting in “No way home”, saying “‘oh nah I wasn’t in that, good for Tom Holland tho” with another follower comparing him with a student who gets centum in exam after lying that he didn’t study anything.

Check out some of the hilarious reactions that surfaced in online below :

I really want Andrew Garfield to just continue denying he’s in nwh. like he’ll be doing an interview in five years time and they’ll be like ‘how was spiderman nwh??’ and he’ll just go ‘oh nah I wasn’t in that, good for Tom Holland tho’

‘I never got the call. If I was in it I would know but I’m not. I don’t want people to get their hopes up and be disappointed when I’m not there (makes werewolf howl)’ pic.twitter.com/hNlXNsALlL

honestly andrew garfield needs to be compensated for the amount of mental stress he went through having to deny spiderman allegations in every interview this year pic.twitter.com/1924YNQgl1

nwh spoilers ??
–
–
–
–
–
can’t wait for andrew garfield to still deny being in nwh even though the film is out now pic.twitter.com/BnY6yjBAuZ

‘I never got the call. If I was in it I would know but I’m not. I don’t want people to get their hopes up and be disappointed when I’m not there’ pic.twitter.com/ona8YiCgwy

Andrew Garfield’s commitment to deny his appearance in #SpiderManNowWayHome is more than the commitment of some governments to their citizens. Straight faced lying is something I hugely appreciate. Thank you for your service Andrew pic.twitter.com/rfeNMXyadf

Previous articleHeart Breaking Letters Of 11th Girl Who Ended Her Life Due To Sexual Harassment Were Found !!
Next articleEver Wondered How Much These Bigg Boss Participants Are Getting Paid ?? CHECK OUT