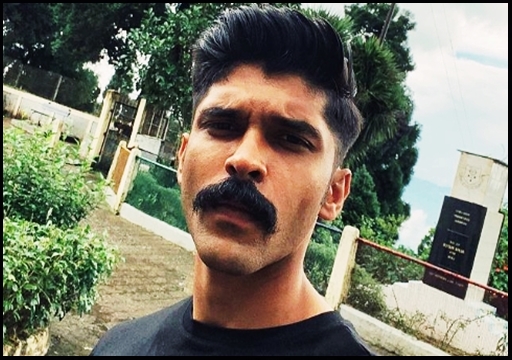 Promotional videos and pictures of Vikram-Dhruv’s “Mahaan” started surfacing in online platforms as the film directed by Karthick Subbaraj is going to get streamed from 10th of February in Amazon Prime. This is the first ever collaboration between the father and son duo as actors and the trailer looked promising as it raised the anticipation level of fans. Dhruv is going to appear in the film after debuting through “Adhitya Varma”, a remake of Telugu’s blockbuster film “Arjun Reddy”. As the promotional activities for the film were going on in full swing, a number of online reminded about a “hit and run” case Dhruv was involved in during 2018.

On 12th of August in the year 2018, a report surfaced saying that a car in which Dhruv Vikram was travelling with three of his friends, rammed into three stationary auto rickshaws and severely injured a driver. All the three autos were damaged beyond repair and the driver who was sleeping inside the auto faced severe injuries. His leg got fractured and was admitted to a hospital for treatment. 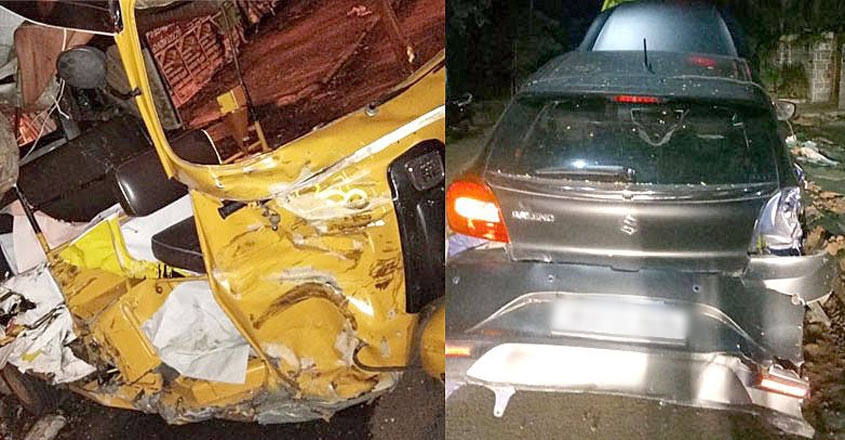 Reports suggests that the car sped away from the spot after ramming into auto rickshaws on TTK road. The car did not stop inspite of police efforts and it eventually came to a halt after it lost its control and hit a wall near Alwarpet. According to a report of India Today, Dhruv and his friends were not tested for drunk and driving. The FIR was registered on charges of IPC 279 (rash driving), and 337 (Endangering the life of others) and all of them were released on bail.

Now, as the second film of the 26 year old is nearing it’s release, a number of online users came up wit tweets remembering about the incident. “Would love to see a Fast & Furious style franchise starring Dhruv and @BeingSalmanKhan. Bhai na can be the Vin style character whereas Dhruv is the cocky, young side kick. Both driving around in cool cars evading the cops and running over poor people.” a twitter user sarcastically said whereas another one wrote “Conveniently brushed under the carpet” referring to the incident.

Conveniently brushed under the carpet.

Would love to see a Fast & Furious style franchise starring Dhruv and @BeingSalmanKhan. Bhai na can be the Vin style character whereas Dhruv is the cocky, young side kick. Both driving around in cool cars evading the cops and running over poor people.
https://t.co/pYFe8IK4RK

aama poramai for being unable to pull off an accident while being drunk.https://t.co/QTqeybWFky

— The Gibberish Subtitles and his alter egos (@gibberish_subs) February 4, 2022

Despite many believe that Dhruv was drunk during the accident, an official press note was released by Vikram’s manager saying that the accident took place only because of the lack of concentration. 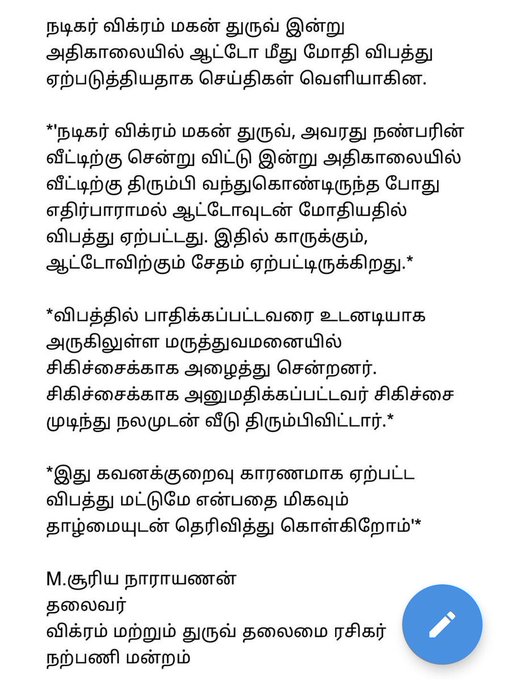 Previous articleVadivelu Got Upset & Cancelled Shooting Because Of Redin Kingsley ??
Next articleDhanush’s Heroine Got Slammed For Pushing Her Staff Into Swimming Pool !! WATCH

MCC Student Stabbed To Death At Tambram!! The Man Gets Caught While Attempting Suicide!!

On Thursday afternoon, an incident in Tambram shook the entire state of Tamil Nadu. Swetha, a student from Chrompet was slain by a youth....

Reviewer Prashanth who is fondly called by his followers as Panda is one of a popular movie reviewer of Kollywood industry. He is very...

Head of Catholic church and sovereign of the Vatican city, Pope Francis allegedly "Liked" a picture of a bikini model named Natalia Garibotto. In...