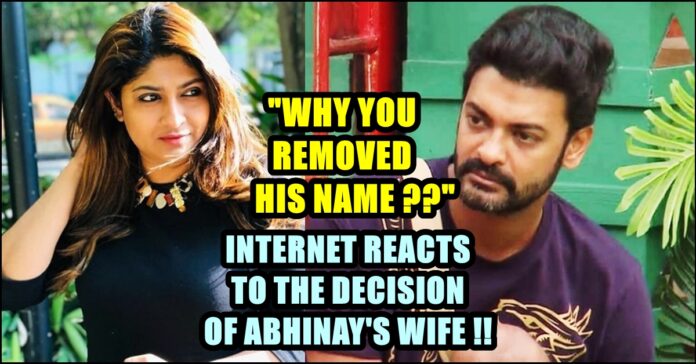 Internet Reacts After Abhinay’s Wife Dropped His Name In Instagram !!

Viewers of Bigg Boss show has been reacting in Internet after seeing the reports on Abhinay’s wife dropping his name from her Instagram handle. A post uploaded by Aparna supporting her husband while he was facing trouble inside the house has been deleted from the account as well. Viewers of the show has been reacting in various ways after witnessing the reports regarding the same.

Abhinay Vaddi who got eliminated from the Kamal Haasan hosting Bigg Boss show after spending 78 days, thanked every one for the love he has been getting from them all these days and said that it was an amazing experience for him when it comes to the magnitude of the show especially with Kamal Haasan hosting it. He also expressed his love towards his family for backing him and rooting for him during his Bigg Boss stint. He opened about himself being misjudged and misinterpreted in the show through his post as well.

Being an actor by profession, Abhinay is a grandson of veteran actor Gemini Ganesan who is known for the romantic roles he played in his acting career. While spending his time inside the Bigg Boss house, Abhinay caught into a controversy after Raju questioned whether he loves his co-contestant Pavni or not. Abhinay who has a family outside, got baffled and denied loving the “Chinnathambi” actress.

Pavni said the same to Abhinay himself. However, the “Ramanujam” actor brushed off the allegations that were kept against him saying that treated Pavni like how he treats Priyanka and other female contestants inside the house. Recently, while interacting with his Bigg Boss followers, Abhinay opened on how is wife reacted to the issues he faced inside the house.

When a follower asked how his wife reacted to the accusations of Pavni. “Like ant wife would do.. but it’s all about how you deal with what’s happening with us and finally family is everything” he said by adding a heart emoji. 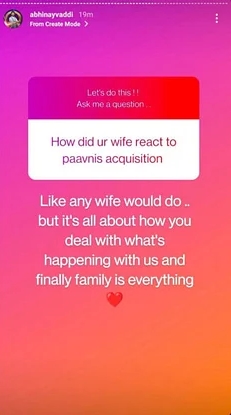 Meanwhile Aparna, Abhinay’s wife deleted her last Instagram post in which she extended her support to her husband and also changed her handle name from “Aparna Abhinay” to “Aparma Varadarajan”. In the post which is deleted now, Aparna wrote “At the end of the day I know what kind of a person you are, No one knows you like I do. Love you always – Aparna Abhinay” 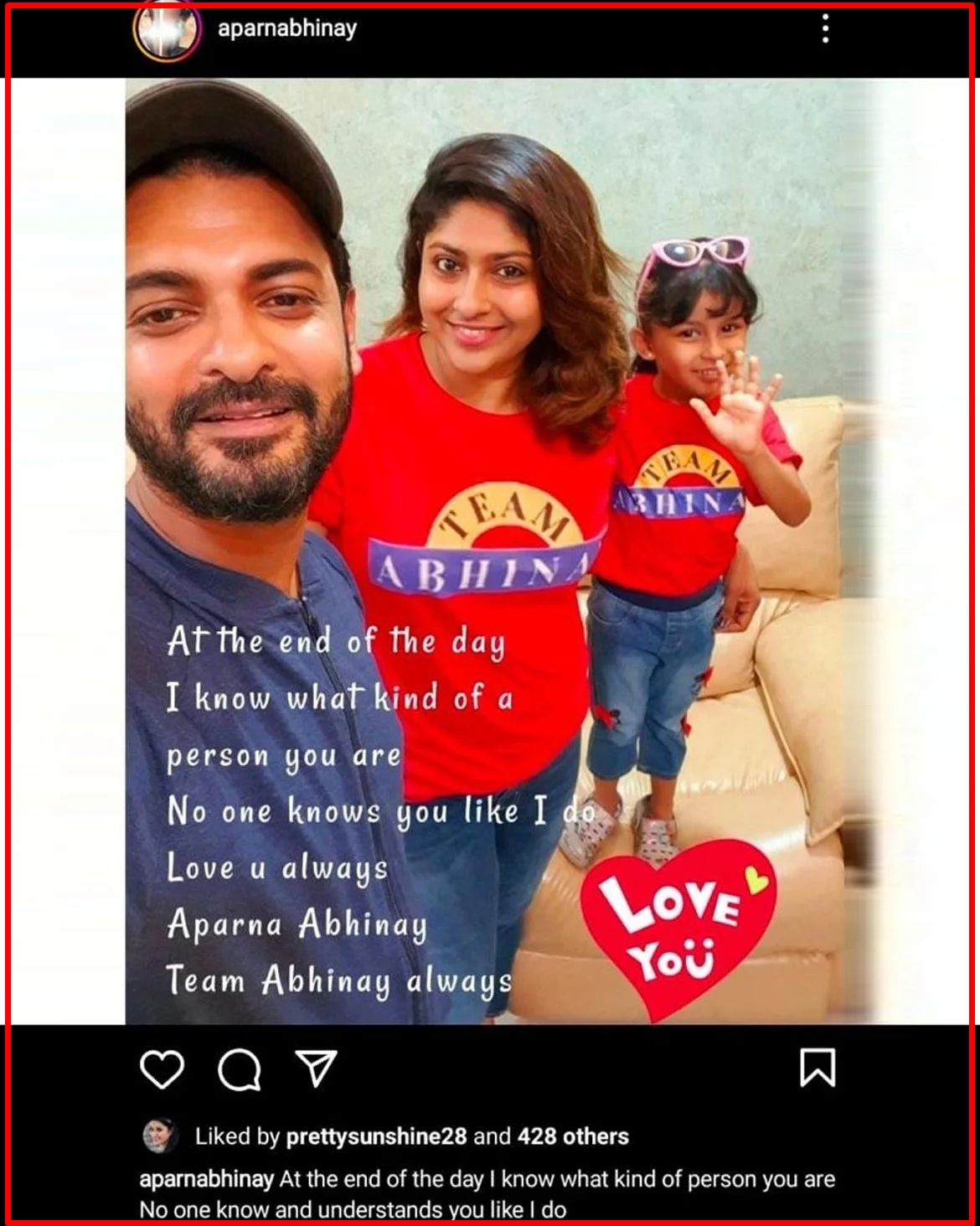 Here’s the recent post of Aparna which was uploaded after she changed her last name from Aparna Abhinay to Aparna Varadarajan.

Viewers of the Bigg Boss show stormed the comment section of Aprana , questioning her about the change. Twitter also flooded with reactions regarding the same. Check out some of the reactions below :

Lol if #Abhinay and his wife arr having relationship issue..

The person who is to be blamed is 💯 #Abhinay himself..

Married guy went & gave love letter played stalking with poor girl.. She was suppressed by channel till last and she was keeping everything inside just to save his family she even was okay with kp against her. Still she is bad? Wth if abhinay is good his wife wouldn’t do this

Did u see the news about Abhinay’s wife dropping his name from her insta handle & reverting to her maiden name?

Previous articleKamal Haasan Admired The Bank Manager Who Made Ways For Three Ambulances During Heavy Rains !!
Next article“Rocky” Director Opened About The Similarity Between the Climaxes Of His Film & “Kaithi” !!

Online User Talked Ill About Vaccine To This Actress !! Check How She Replied

While the entire world is trying to create awareness on how important it is to get vaccinated, an Instagram user named "Shankar" alleged that...

Actor Vinayakan who is known among Tamil audience for acting in films such as "Thimuru",  "Mariyaan", "Silambaatam", has made a controversial statement on "...