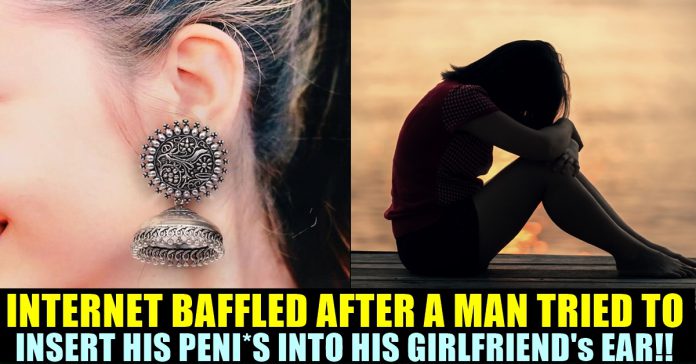 The woman has shared a post asking for clinical remedies for her ears, She has said that while making out her boyfriend has made a weird insertion, which has led to the swelling of her ear lobe. Many people have commented on this and some have labeled it as a new fetish.

The woman’s ears have been infected by the weird practice. She has said he inserted the penis stretching the hole in her ear. The infected spot is looking a bit yellow. She admitted that she is hesitant to convey this to the doctor. She has asked for home remedies too.

New18 Tamil Nadu has shared this in their social accounts.

Many people have commented on this article.

This Bollywood Hero To Replace Pradeep In “Love Today” Hindi Remake !! Got Trolled

Yogi Babu alerted his fans for the second time after a poster of an upcoming film named "Dhadha" released with his poster. The "Love...