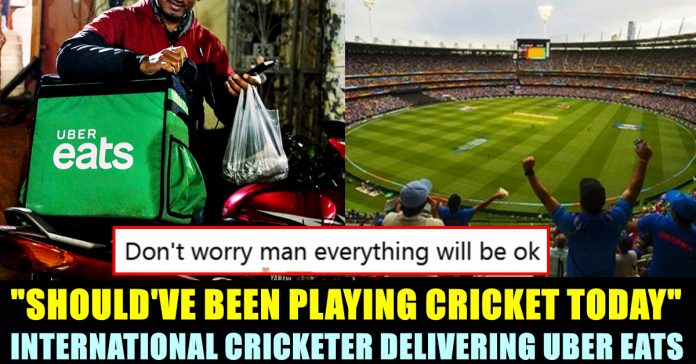 All of our plans to improve our financial status in 2020 tumbled in front of our eyes due to this Lockdown implemented by our government as we are having a deadly virus which killed more than 13 lakh people across the world at our doorstep. Many people are looking for alternative ways to stay afloat amidst this Global pandemic. We are even witnessing people who are switching careers altogether to survive.

The global pandemic didn’t spare the entertainment and sports industries as well. Indian premier league which was supposed to take place during April month got postponed and took place on September by following the lockdown norms. Players were quarantined for several days before the start of the leagues. Not only BCCI’s IPL, even ICC’s world cup T20 also got postponed.

According to the original schedule announced by ICC, the T20 world cup was initially planned to take place from October to November in 2020 but the COVID 19 pandemic changed everything. If the biggest ICC event took place according to the schedule, cricket fans all around the world would have witnessed the final of the Men T20 world cup at the Melbourne cricket ground on November 15, on Sunday.

As every world cup tournament, apart from 10 top nations which includes India, Australia, West Indies, Sri lanka, six additional teams Netherlands, Papua new Guinea, Ireland, Scotland, Namibia and Oman were qualified for T20 world cup tournament. They were set to take on Bangladesh and Sri lanka in the initial group stage, in a bid to qualify for the Super 12 stage, where big teams will be locking horns with them.

Now, a player of Netherlands named as Paul van Meekeren, has made it public that he is working as a delivery boy to make his ends meet due to the COVID 19 outbreak. He who got emotional on 15th of November said “Should’ve been playing cricket today, now I’m delivering Uber eats to get through the winter months!! Funny how things change hahaha keep smiling people” after seeing a post regarding ICC T20 finals.

The 27 year old cricketer is a bowling all rounder who represented Netherlands in his debut t20 international against Kenya in 2013. In the 41 T20s he played, Paul has picked 47 wickets. He also played five One day internationals and picked 4 wickets from them. He also represented Somerset in the county cricket. On seeing this tweet from him, fans from India poured him the love he needs and encouraged him.

World Cup is coming next year in India on October – everyone will be waiting to see Netherlands in action. Stay strong.

Don't worry man everything will be ok you are trending in India …….🙏🏻🇮🇳

You know what mate, @JofraArcher had similar struggles in his early days but now he's world class. Keep practicing and keep believing. This too shall pass.
The ICC revenue distribution model seriously needs to change. The game has so much money yet Associate Nations are left out.

Matter of time, Paul. You will be in India next year.

Had you tagged @SonuSood a few days earlier & he would have dropped you all to Australia to play T20 World Cup, chance missed. BTW all the best for future bro 👍

Being a cricket fan it made me sad but glad to see you facing these adverse conditions positively.

It’s one of those bad spells. Hope to see you wreaking havoc in 2021 world cup

Previous articleCheran Got Extremely Emotional On Seeing This News About Losliya’s Father !!
Next articleRCB Replied To People Who Called Kohli As “Hypocrite” !!

A complaint has been filed against Tamil actor Vimal and three others for allegedly assaulting a Telugu actor. The incident reportedly took place at...