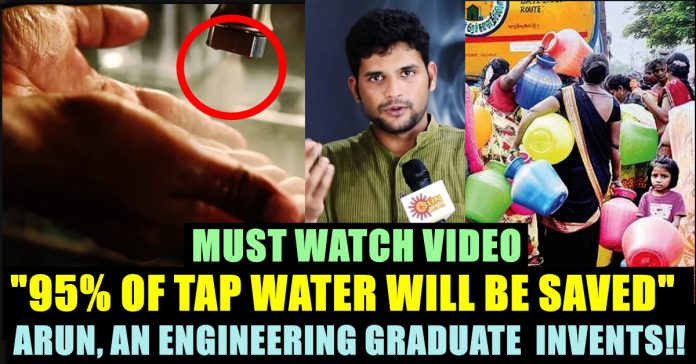 Chennai is practically the first Indian city to have gone dry with the Central Water Commission reporting a rainfall deficit of 41 per cent in Tamil Nadu till June 13 this year.

Most of Chennai’s population today is dependent on water tankers and curtailed municipal supply for daily requirement of drinking water. News television screens show women waiting for hours in long queues and scurrying to water tankers to get water which barely meets the drinking and kitchen requirements. Water for sanitation is scarce. Laundry and bathing are nothing short of luxury in today’s Chennai. At this stage, every way of saving the water that is been provided to us would be useful to the living beings of the city. Arun Subramanyam, an engineering graduate came up with an invention to save water which being waster from the Tap. Named as “Quamish”, the instrument reduces the water flow to a mist by atomozing water into fine droplets.

In his interview to Sun news, Arun explains about how it saves 95% of the water that is being wasted from the Tap. “During my break of 6 months after finishing the college, we gave it an attempt and showed it to our professor. After getting his approval, I informed my mentor about commercializing this product. This is how it all started” says Arun.

“When we wash out hands with the use of a normal tap water, only one layer of water would clean our hand the rest will be wasted in drain. To prevent such wastage of water, this product will create that only layer which will wash our hand. Every drop of the product will fall in out hand which is called as automization. During a normal hand wash, a person will use 300 ml of water at least, This will release only 400 ml of water for 1 long minute. This will save 95% of water from being wasted.” he added.

“Even after struggling to gain support and money from this initially, the passion kept us going. Instead of working on something that has been invented by someone else, the happiness we get while working on something we invented is unique. I would feel proud when someone smiles after using my product for the first time” says Arun with a happy face. 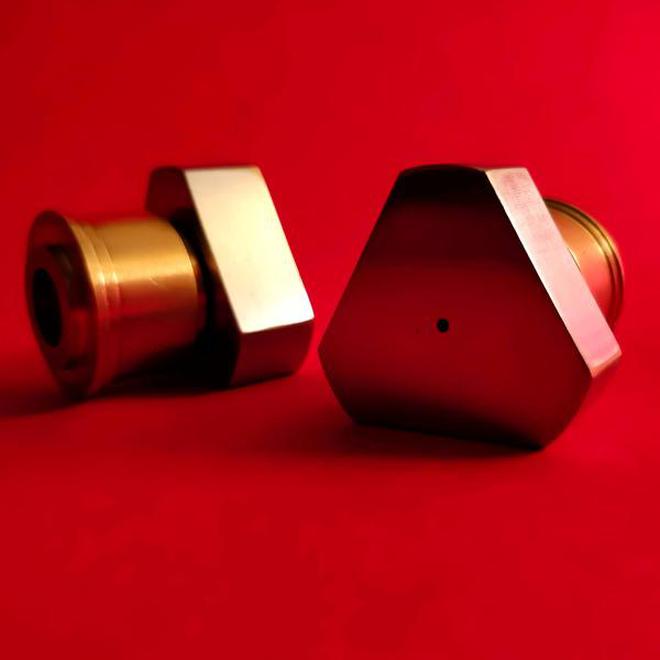 “Instead of studying Engineering to get a Job, study it to invent something which will make you a better Engineer” says Arun to the aspiring Engineers.

Price of Bottled water is reported to have gone up four times while packaged water can only be sustained by wealthier middle-class. Few days back reports surfaced that IT sector companies have asked employees to work from home. Several restaurants have shut down operations. As the City is filled with ‘don’t waste water’ bills, stickers and banners, this product from Arun is indeed the need of the hour.

Previous articleAshwin Gives A Terrific Idea For Pakistan To Enter Semi-Finals !! This Is Just Epic !!
Next articleSameera Reddy Conducted A Gutsy Underwater Photoshoot !! Check This Reaction From A Woman !!