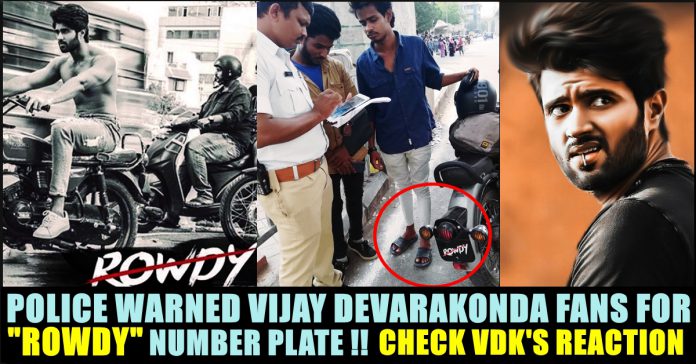 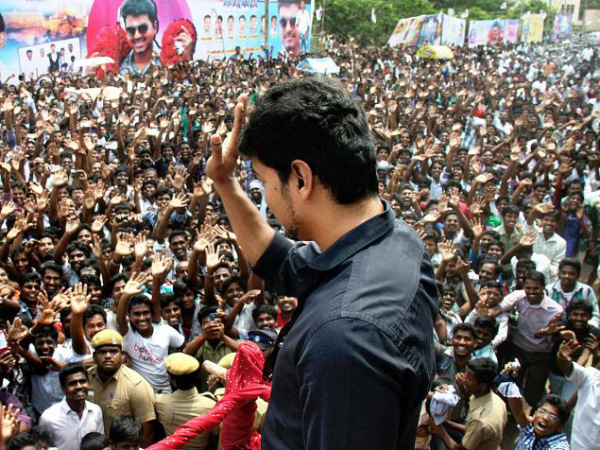 Fans following their favourite stars is not something new to the Indian culture. Many Heroes starting from Rajinikanth to Sivakarthikeyan, every actor has separate set of fan following. Actor Vijay Devarakonda who rose to fame in south India through his single movie “Arjun Reddy” is now has a huge fan following more than many stars. 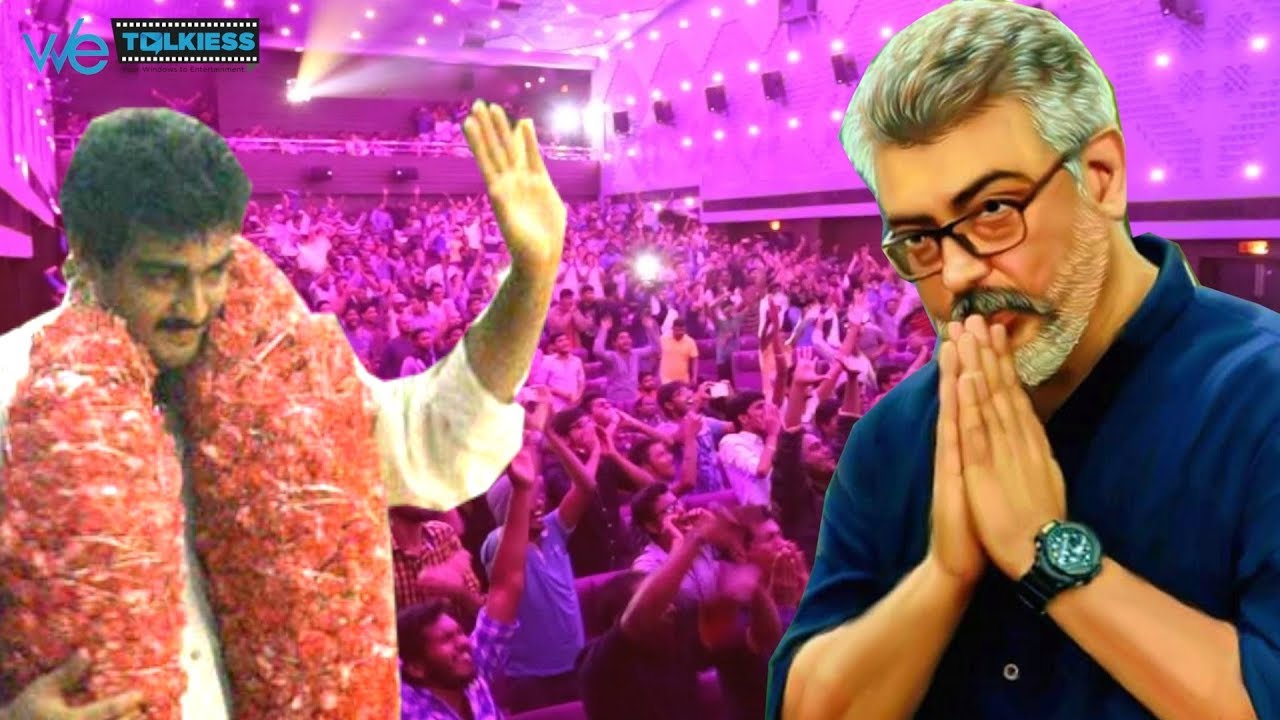 The actor who is only 5 films old is now would fondly call his fans as Rowdies. The actor also referred as “Rowdy” by many media houses and by his fans for the roles he is portraying in his movies.

Today to our shock two of the fans of the actor caught to Traffic Police of Hyderabad due to his Vehicle’s weird number plate. Instead of having a proper Register number plate, the youths had the plate written as “Rowdy” in a font style which refers to the actor Vijay Devarakonda.

The Hyderabad traffic police took the matter to their official twitter account and suggested every youth to follow the rules. In their tweet they wrote as “Pl fix proper Reg No plate to your vehicle and do not tamper the number plate. Using improper No plate is a violation under Rule 50 & 51 of CMV Rules.”

#HYDTPweBringAwareness Pl fix proper Reg No plate to your vehicle and do not tamper the number plate. Using improper No plate is a violation under Rule 50 & 51 of CMV Rules. @AddlCPTrHyd pic.twitter.com/EIBRiLg6FH

I apologise on behalf of the boys, will immediately reach out to all and make them aware.

In a way of keeping his word, the actor made a separate post asking his fans to follow the rules. In his post the actor said that when his fans sport the term “Rowdy”, it make him feel like they are one family and he also did not want his family to get into trouble. He also advised his fans to keep the number plate for numbers and show their love in anyother part of the bike.

This post of the actor won the hearts of his fans. Check out some of their reactions here :

Chaaa…. Your Attitude is now Verra level Anna… 👍😎 U r’ just rocking now… Definitely we will follow this & spread this Anna..

This is the clear cut example why we love you, sky is the limit for you!

Gotta feel proud of ourselves to idolise you! 💖😍

You are very responsible citizen. I was thinking send you send you pic but you already respoded to it. You amaze me so much. Lots love my dear xxxxx

I am from Tamilnadu. I like you movies your acting also So nice. I know very well Telugu also. Very Happy to See you lr Next Movie dear comrade

What do you think on this quick gesture of the actor ?? Comment your views below !!