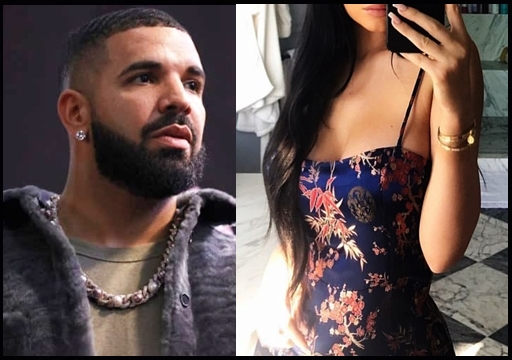 According to Yahoo.com, the Instagram model, identity of whom wasn’t revealed, said tha6t she had consensual intercourse with the iconic singer a few weeks ago and when she tried to trap him thing went completely wrong. The reports suggests that Drake went to bathroom and disposed the condom after he finised having intercourse with the model.

The model then went into the bathroom and tried to impregnate herself with the sperm in the condom. However, she started screaming after trying to do it as she felt a burning sensation. It has been reported that Drake revealed that he poured hot sauce in the condom to kill the sperms.

In his recent post, Drake who didn’t deny or confirm about the allegation of the model, seemingly responded to it. “You can have your 15 minutes of fame…I’ll take the other 23 hours and 45 mins” caption of Drake reads which is highly believed to be a reply to the model’s allegation.

Here’s the post that is going insanely viral on social media platforms for the past coupple of days : 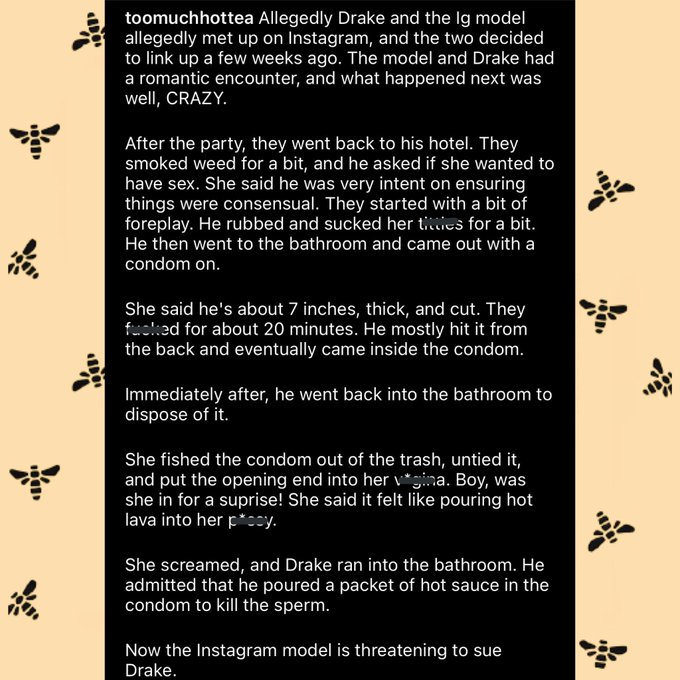 Check out some of such hilarious reactions below :

the funniest part about this is that drake jus be keepin hot sauce on him https://t.co/yw6VPra82v

Drake do some questionable shit but the hot sauce in the condom was genius pic.twitter.com/hrNSRiKemw

Drake in the next room when he heard the scream https://t.co/QvTiG0dtFk pic.twitter.com/Md5WPNGacF

Can’t look at this line the same now #Drake pic.twitter.com/sEEGm6Uw8u

The model: what’s the hot sauce for??
Drake: pic.twitter.com/1ulhvz42MM

Always Keep that thang on me #Drake pic.twitter.com/a9uvXq9w0Q

Never thought I’d have to buy these two at the same time. It’s a ritual from now on #Drake pic.twitter.com/qidrg24tdP

“And then, I heard her scream in the bathroom, bro”#Drake pic.twitter.com/zP374FZOWC

So nobody gon give #Drake credit for protecting himself if this story is true. Hell she should get dragged for plotting on a condom. That’s what her stupid self get. pic.twitter.com/NV5JZkMdAe

This will be drakes next watch 🤣🤣 #drake pic.twitter.com/ZBxb0hN7bm