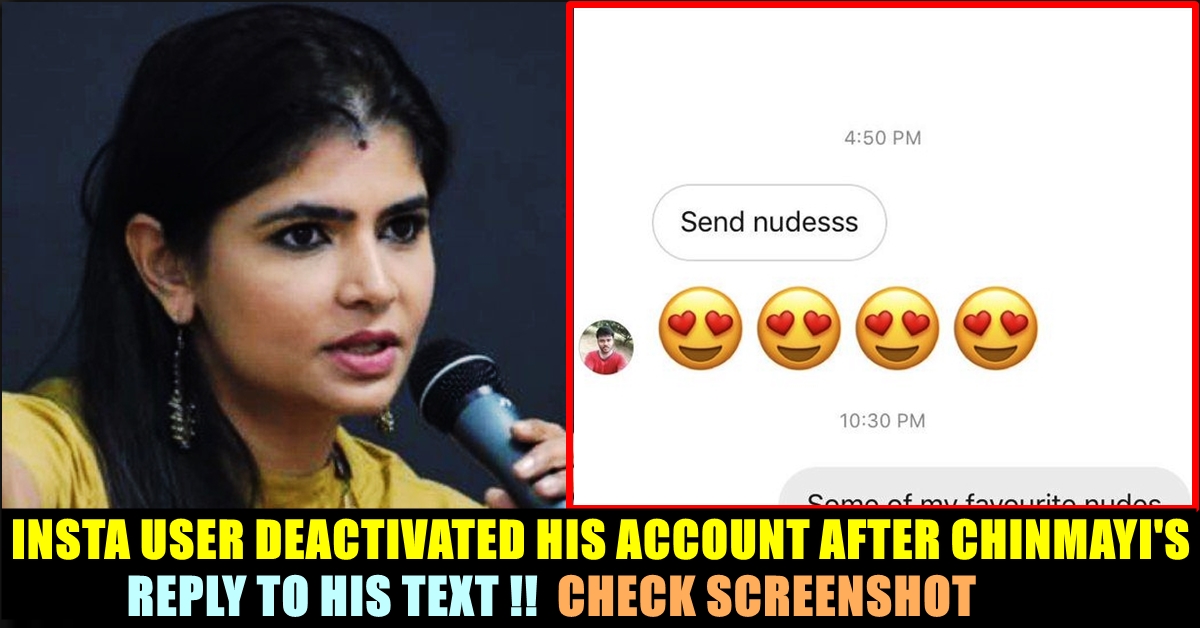 In this Internet era, not only the number of people who use social media for ordinary purpose increased but also number the people who abuse girls online increased in a equal number. One might look at the internet in private, but anything they share can quickly become very public. In the same manner, Singer Chinmayi exposed a guy to twitter who asked her nudes.

Since the start of the MeToo movement, Chinmayi has been at the center stage of the events after her accusations against legendary lyricist Vairamuthu became a huge talking point all round.  A storm broke out after singer Chinmayi accused poet-lyricist Vairamuthu of sexual harassment in the wave of #MeToo that swept through South India. While some in the industry did speak in support of her, she faced a lot of trolling and abuse for making the charge. 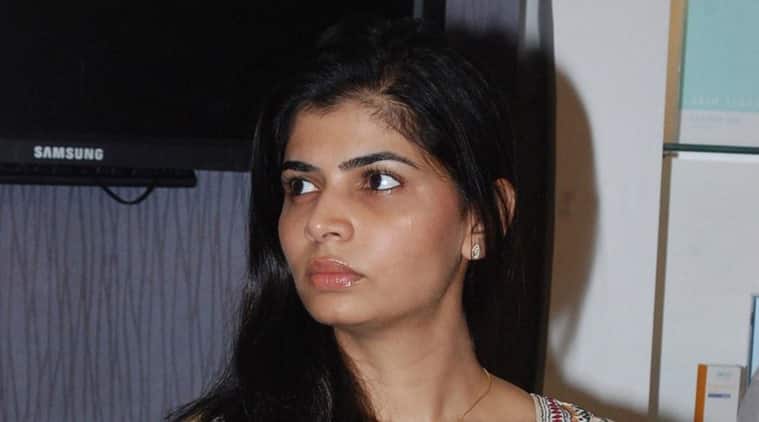 Since the issue, the singer started receiving many complaints from the women victims in her inbox which she shared in her twitter account. Not stopping from that, Chinmayi also shared the screenshots of the abuses she is facing in online.

Yesterday, Chinmayi who got fed up with one of those abusive texts, shared the screenshot in her twitter account with the caption, “In the meanwhile.. for some entertainment”. In the screenshot, it is evident that the Insta user asked Chinmayi to send nudes to which she sarcastically replied with the pictures of Nude eyeshadows. 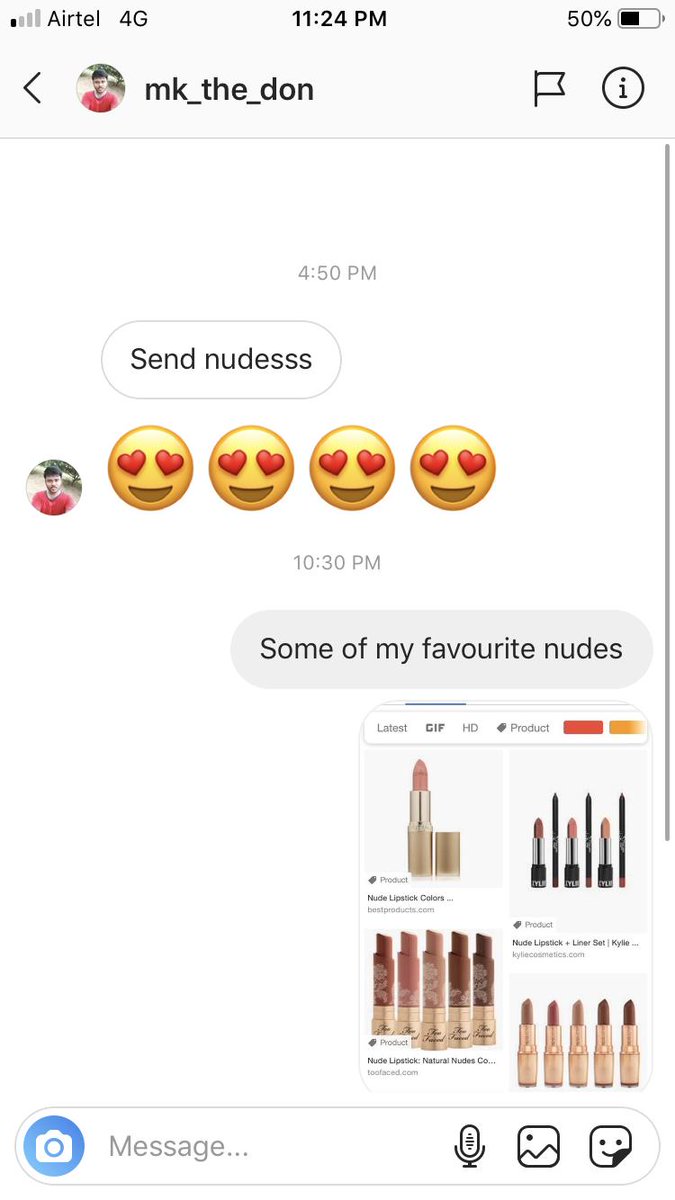 In the meanwhile.. for some entertainment pic.twitter.com/JwarkEaKDz

Soon after her screenshot the user removed his display picture and he seem to be deactivated his Instagram account. Bigg Boss fame Vaishnavi also replied to her tweet. Check out some of the reactions here :

I do this all the time

Poor man! He doesn’t knew about you!

Mostly everyone screenshot and blur the name and dp and I don’t know why that annoys me.

Thanks for not blurring the id. 😅🤣👍

Apart from her dubbing works and singing works, Chinmayi is highly recognised by the Tamil audience for her existence in social media. Her last film as a voice artist was “96” in which she lend her voice for actress Trisha. Being a representative of South India for Me Too movement, Chinmayi is one of the very active celebrities who interacts with her followers often.

What Suresh Raina Asked To Suriya In Fans Chat Session !! UNEXPECTED !!
“How Much Money You Paid For Camera Man” Asked An Insta User !! check How The RCB Girl Replied !!