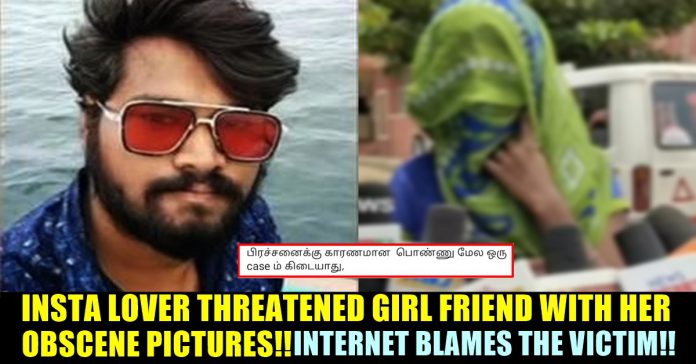 Online love is becoming more of a threat in recent times. An incident in Dindigul has shaken the people.

A girl from Dindigul has been pursuing her Post Graduate from a college in Kodaikanal. She has become friends with Meghanathan from Salem on Instagram. The friendship has slowly blossomed into love. It is also said that both of them have met at times in person and were connected through video calls. Meghanathan has screen-recorded the seductive videos of the girl. Things took a toll when they started searching for an alliance in the girl’s family.

Seeing the video, the marriage was called off. Out of sadness, the girl has made an attempt to kill herself. Her relatives saved her at the right time. The relatives of the girl asked her to talk to Meghanathan and make him come to their place. Meghanathan came with his friends. They were blocked at the border itself. He was beaten up black and blue by the girl’s relatives. His friends were sparred. Meghanathan finally said that the girl did not do any fault and he is the one who did everything. He has also said that she is innocent.

As a case was lodged earlier on Meghanathan by the girl’s relatives, they were arrested for attacking him.

In the comments, people have blamed the girl. They have said all this is because of the girl. Some have even asked why did she show her intimate parts to some stranger online.

Here are a few comments and reactions:

“No cases on the girl who is responsible for this.”

“The mistake is on the girl too. They shouldn’t have attacked the guy.”

“As if the girl is disciplined. Break her hands too. Exposing herself without clothes to someone and cheating the other guy and marrying him.”

“Since everyone believes whatever girls say we are taking advantage. These law procedures should be changed. Girls nowadays are different from the girls in the olden days.”

“Why do you people get along with strangers?”

This Contestant Left The Bigg Biss House With Suitcase ??

The grand finale of Bigg Boss show is nearing and six finalists are contending for the title so far. Aari Arjunan, Balaji Murugadoss, Rio...