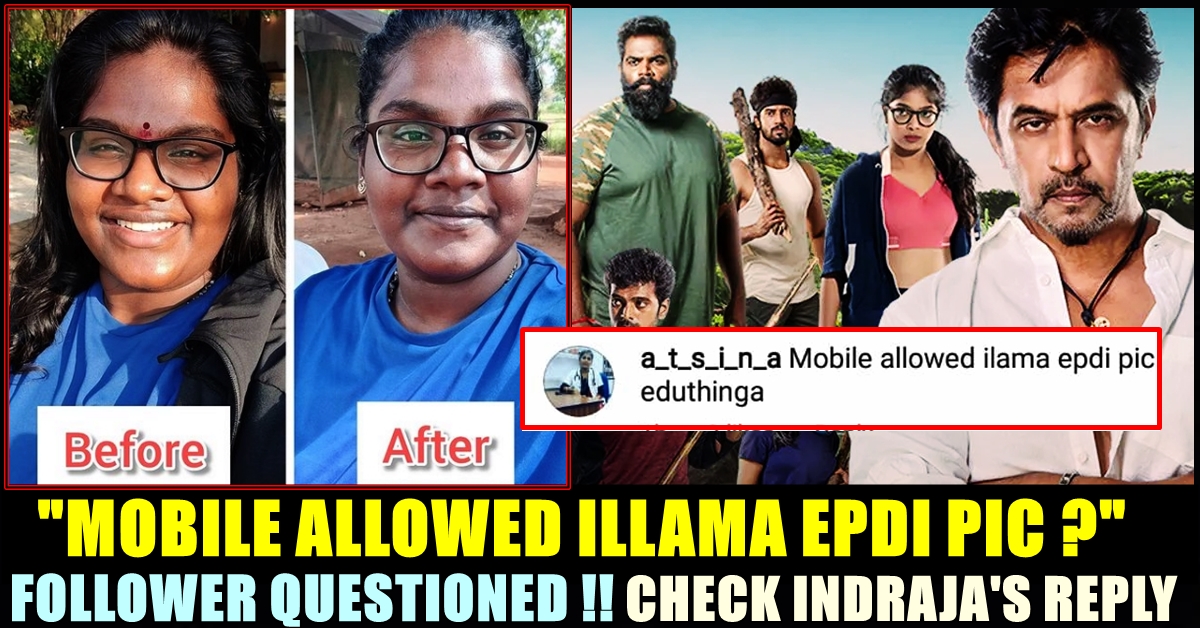 Indraja Shankar of “Bigil” fame got evicted from the Survivor show and shared about the physical transformation that she got caused due to the Arjun-hosting show. The actress, after competing with Gayathri and VJ Parvathy, got eliminated from the show as she failed to perform a task before Gayathri. After getting evicted, Indraja came up with a series of posts in her official Instagram handle and replied to her followers who loved her stint in the show.

Survivor is a reality show launched on Zee Tamil. The show was first aired on 12th of September. This show is a replica of the American show of the same name. The American show, in turn, is an adaptation of the Sweden show, Expedition Robinson from the year 1997. In Survivor Tamil, 18 celebrity participants are taking part. Competitors are taken to a forest in Africa and are given made to face 90 days challenge. As the show progresses participants are also eliminated based on their performance. The participant who survives the tasks and the hardships will receive an award of Rs. 1 Crore.

After actress Srushti Dange, Indraja Shankar got eliminated from the show due to her poor performance in the tasks. After getting eliminated, Indraja came up with a post in her official Instagram account. Through her post, she thanked Zee Tamil, actor Arjun and her co-contestants. “If you want to know about the value of your family, participate in the “Survivor” show” she said in her post.

She also shared about the last challenge she performed in the “Survivor” show.

In her next post, Indraja shared about the physical transformation she went through after participating in the show. “Before and after of survivor😁❤️ Tanned face, hair fall, injuries etc…. But I am loving this too…… Survivor taught me many lessons. Miss u survivor 🥺🥰” Indhraja said while sharing the two pictures. Here’s her post :

Among the many reactions her post garnered, a follower came up with a question asking how she managed to use phone during “Survivor” show as the program claims that contestants re not allowed to use cell phone during their participation. Replying to her, Indraja said that she used cell phone after elimination.

Many others including Bigg Boss runner up Bala, wished Indraja best for her participation in the show.