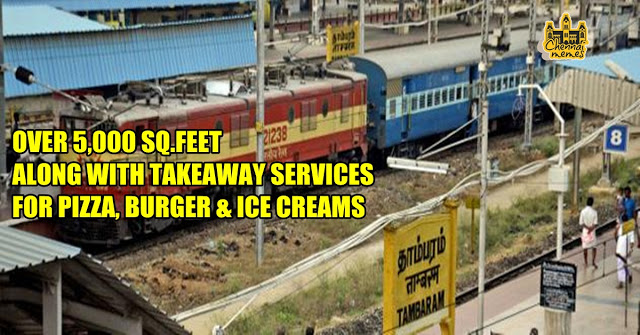 The much delayed conversion of Tambaram into the third passenger terminal in the city after Chennai Central and Egmore is expected to be completed by year end. People of surrounding areas have for long been demanding that the station, which now sees more than one lakh footfalls a day, be made a passenger terminal, saying it will save passengers returning from southern destinations the trouble of having to travel to Chennai Central or Egmore.After the conversion, as a pilot project, five south-bound expresses will be operated from Tambaram where one passenger train now starts, a senior railways official said. More than 90 mail, express and passenger trains and at least 240 EMU (suburban) trains now stop at the station.The extension of platform 1A is expected to be completed soon, while two toilets are coming up at the Vandalur-end. The entrance on the eastern side was widened after the cycle stand was removed to enable fourwheelers to enter and leave.The official said work on the nearly 5,000 sq ft food court is almost complete. Equipped with a lift, it will have a takeaway selling pizzas, burgers, ice creams, etc., on the ground floor, a vegetarian restaurant on the first and a non-vegetarian restaurant on the second.

Previous articleHe Decided To Drink 1 Gallon Of Water For 30 Days: The Results Were Shocking!
Next articleAre We Going To Die Soon?, A Study Proves Human Race Will Become Extinct Soon

Television actor Dinesh who got separated from Rachitha Mahalakshmi after marrying her years ago, reacted to the way Robert Master is behaving towards her...