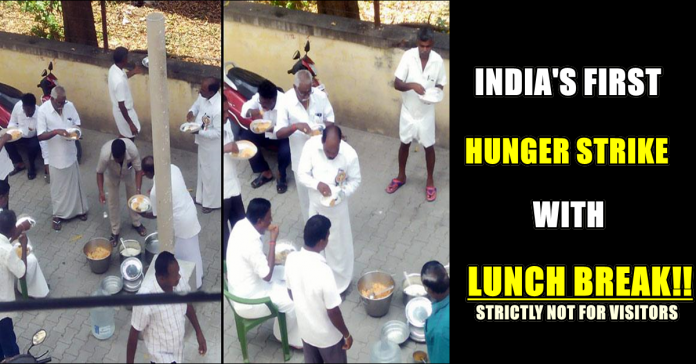 There’s nothing like a plate of biryani when you’re in the middle of a hunger strike. Yes, you read that right.
Pictures of the AIADMK cadre, who are supposedly observing a day-long hunger strike near the Vellore Head Post Office demanding the formation of the Cauvery Management Board, have gone viral for all the wrong reasons. Their merry lunch break in the middle of the protest did not consist of a glass of water or the humble lemon juice. From the pictures, the menu looks like it was biryani – although The Media was not invited to the feast and cannot therefore confirm if it was indeed biryani or just tomato rice. 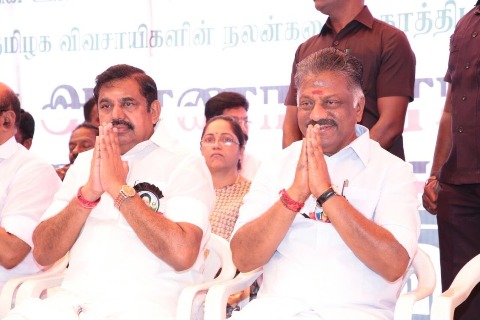 Dressed in pristine white, with the Amma party logo on their chests, these warriors were so committed to the cause that many of them were spotted standing and wolfing down the biryani/tomato rice. After all, who has the time to sit and eat when fighting for an important cause? 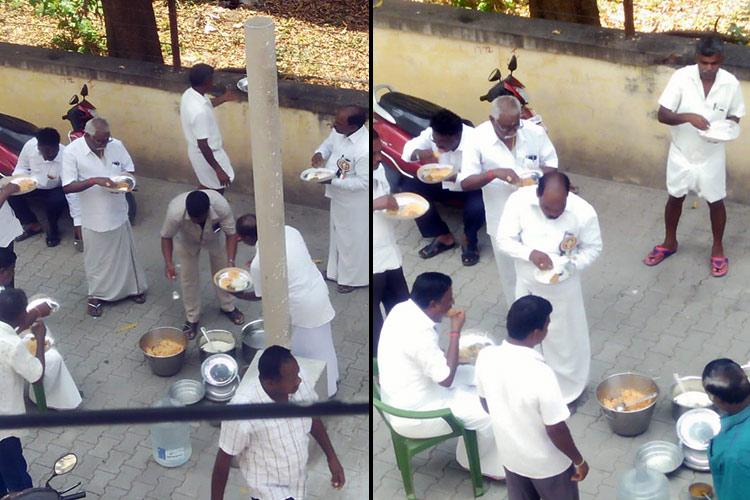 The images, shot in Vellore and Pudukottai, expose the “sincerity” with which the AIADMK has been fighting for the setting up of the Cauvery Management Board. There is much anger against the ruling party’s reluctance to take on the Centre’s delay in setting up the Board and several have pointed out that the strike is a mere eyewash.

The protest, which began at around 8 am and concluded at 5 pm (post-breakfast and pre-dinner), was launched by Chief Minister E Palaniswamy and Deputy Chief Minister O Panneerselvam in Chennai. The entire cabinet of the AIADMK also reportedly took part in the strike, with ministers and other leaders driving the protest in districts across Tamil Nadu. 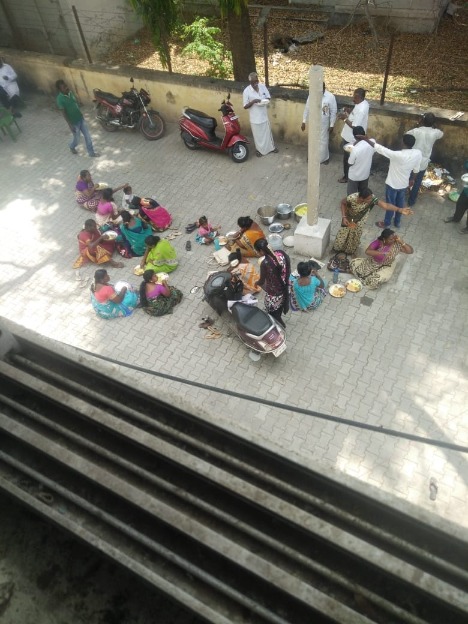 If the “hunger” strike was the same across the state, as the pictures suggest, nobody needs to worry about any of our beloved politicians collapsing. For their sake, we do hope it was biryani and not tomato rice.