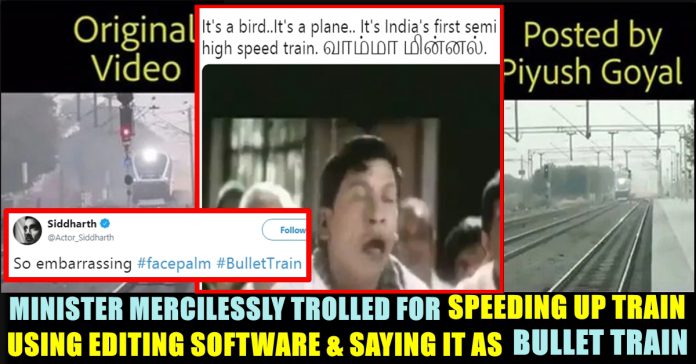 Railways minister Piyush Goyal was severely trolled on Monday for his latest tweet on Train 18, or as it is now called – the Vande Bharat Express. Sharing a clip of the train, Goyal marvelled at the “lightning speed” of India’s fastest train.

Mr Goyal had posted the video of the train on his Twitter page, using a reference to the opening sequence of the Superman TV show from the 1950s to make a point about its speed. “It’s a bird…It’s a plane…Watch India’s first semi-high speed train built under ‘Make in India’ initiative, Vande Bharat Express zooming past at lightening speed,” he tweeted.

Twitterati, however, trolled the minister for what they believed is a doctored video. One can see that the angles of the video, like the train, changed in an unnatural speed. 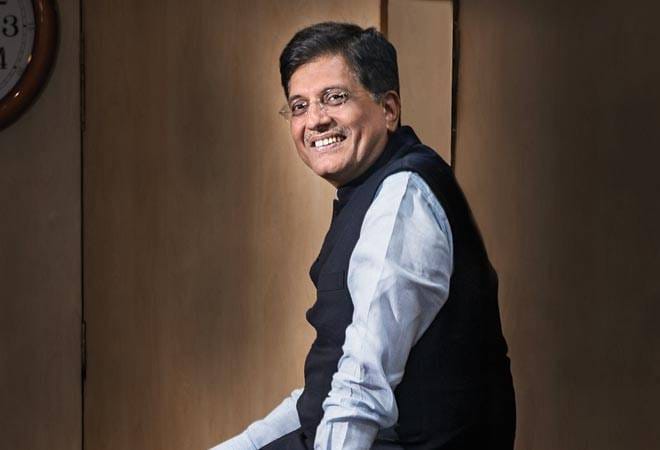 The video, which was also tweeted by Bharatiya Janata Party’s National General Secretary Ram Madhav and used as the basis for an article by the Republic TV news channel, has been debunked by AltNew.in. The website pointed out that “the video posted is not original, and has in fact been speeded up”. Here is a clip juxtaposing the original video with the Goyal-enhanced one.

Since the truth has been exposed Twitter users didn’t missed to troll it. Their reactions were hilarious to the core. Check out some of them here :

Sir, Delete that and repost this instead 👇😂😂 pic.twitter.com/i7O3VJX6FQ

This train is great in its speed without doubts, but why BJP sharing doctored video?#JustAsking pic.twitter.com/N80Xl98zwn

Thanks to @PiyushGoyal jee , Even bullock cart speed risen up under Modi Government 😍🙏 pic.twitter.com/p9165FlBm7

I’m really tired with errors that premiere pro gives some times. Kindly let me know the video editor used for this one 😀

I got an idea sir. Take video of taxes being collected. Then speed video up 2X. You’re welcome sir. https://t.co/o06rSgs79K

Even actor Siddharth felt embarrassed on seeing this gimmick from the central government of the nation.

Previous articleChennai Man Received Food From Swiggy With Blood Stained Band Aid !! SHOCKING !!
Next articleVignesh Shivan To Produce Nayanthara In Her Next !! Check Out Who Directs !!

A video of CSK's Jagadeesan who is currently playin in the TNPL showing middle finger to his senior player Baba Aparajith is trending social...